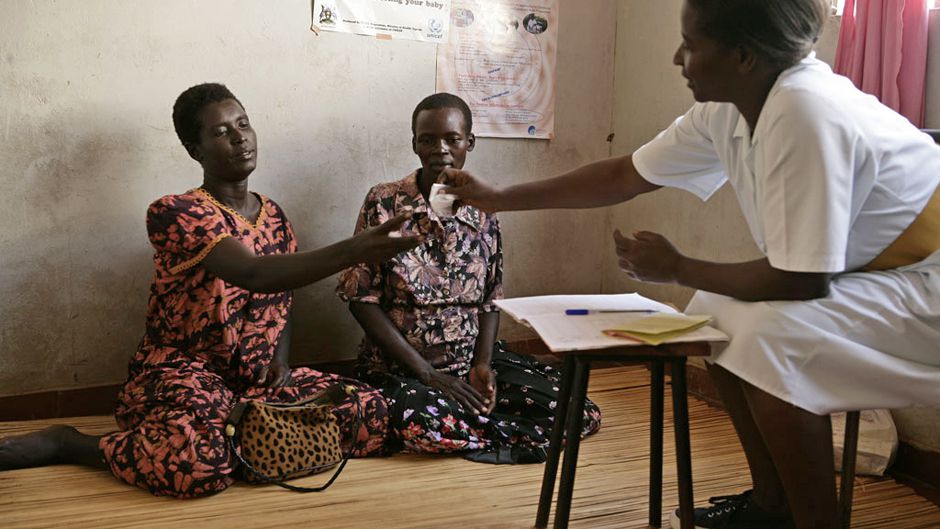 The first World AIDS Day since political leaders committed to ending the epidemic by 2030 as part of the United Nations-led Sustainable Development Goals (SDGs) has generated “new hope” to break the epidemic and keep it from rebounding in “an unparalleled opportunity to change the course of history for ever.”

“This year, we mark World AIDS Day with new hope,” Secretary-General Ban Ki-moon said in his message on the Day, which is celebrated on 1 December each year as one of the most recognized international ‘health days’ and a key opportunity to raise awareness, commemorate those who have passed on, and celebrate victories, such as increased access to treatment and prevention services.

The UN chief applauded the staunch advocacy of activists, the persistent efforts of health workers, the principled stance of human rights defenders and the courage of all those who have joined forces to fight for global progress against the disease.

“We have a lot to learn from the AIDS response,” he said. “One by one, people stood up for science, human rights and the empowerment of all those living with HIV.”

“And this is how we will end the epidemic: by moving forward together,” emphasized Mr. Ban.

Michel Sidibé, Executive Director the Joint UN Programme on HIV/AIDS (UNAIDS) said in his message that countries are implementing the agency’s Fast-Track Strategy, and together with front-loaded investments “we can expect to close the gaps to essential services faster.”

“Already we have reached 15.8 million people with life-saving treatment,” he said. “And increasingly, we are able to refine our efforts and be more precise in our ability to reach people who might otherwise be left behind.”

Mr. Sidibé launched over the weekend a global initiative in Libreville, Gabon, encouraging youths to get tested for HIV and calling on young people worldwide to join the movement and get involved in ending the AIDS epidemic.

Meanwhile, the UN World Health Organization (WHO) has emphasized that expanding antiretroviral therapy to all people living with HIV is key to ending the AIDS epidemic within a generation.

“The Millennium Development Goal of reversing the HIV epidemic was reached ahead of the 2015 deadline – an incredible achievement that testifies to the power of national action and international solidarity,” said WHO Director-General, Dr. Margaret Chan.

Irina Bokova, Director-General of the UN Educational, Scientific and Cultural Organization (UNESCO) said her agency is fully committed with the new UNAIDS Strategy 2016-2021, that places an enhanced emphasis on education and sets out a bold vision for a world where “young people, regardless of where they live, their sexual orientation or their gender identity, have the knowledge, skills, services, rights and power to protect themselves from HIV.”

Last week, the UN Children’s Fund (UNICEF), in its Statistical Update on Children, Adolescents and AIDS, reported that the number of adolescent deaths from AIDS has tripled over the last 15 years with 26 new infections occurring every hour.

At the UN General Assembly in September, world leaders endorsed the Sustainable Development Agenda. This new framework includes the target of ending the AIDS epidemic by 2030 – by reducing new infections by an additional 75 per cent by 2020 and by ensuring that, in the coming 5 years, 90 per cent of people living with HIV are aware their infection and that 90 per cent of those are on antiretroviral therapy (ART).