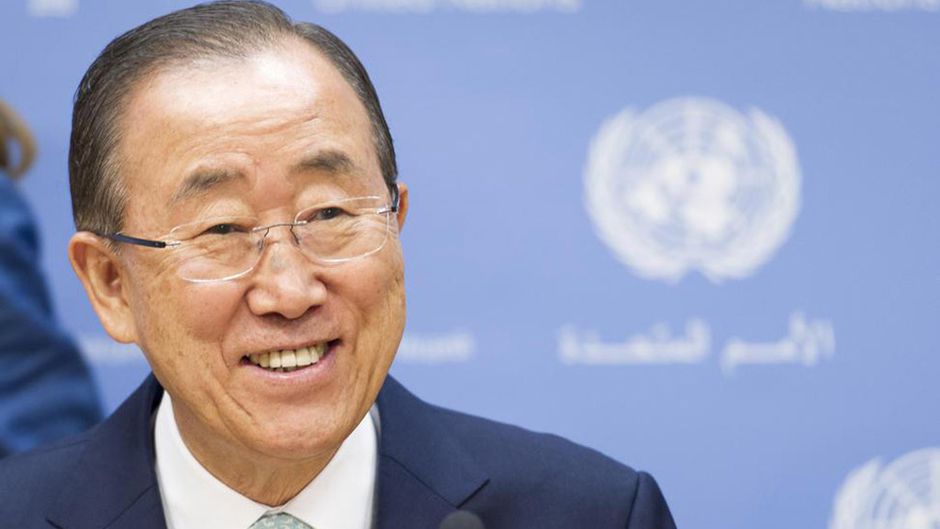 Member States answered the call to make 2015 a year of global action by agreeing on a “bold, ambitious and transformative” sustainable development agenda for the next 15 years, Secretary-General Ban Ki-moon said today.

“They address the requirements for all humanity to be able to live decent lives free from poverty, hunger and inequality, with all men and women, girls and boys able to develop their full potential,” Secretary-General Ban Ki-moon told a news conference in New York. “They commit all of us to be responsible global citizens, caring for the less fortunate as well as for our planet’s ecosystems and climate action on which all life depends.

“We have a big, bold agenda before us — now we must work to make it real in people’s lives.”

Mr. Ban hailed the leadership of Sam Kutesa, the President of the General Assembly, and the contribution of representatives from civil society, the private sector, academia, parliamentarians and “millions of people in every corner of the world who shared their vision of the world we want.”

Joining him at the press conference were Amina Mohammed, his Special Advisor for Post-2015 Development Planning, and Wu Hongbo, Under-Secretary-General for Economic and Social Affairs, as well as the two co-facilitators of the negotiations, Ambassador David Donoghue of Ireland and Ambassador Macharia Kamau of Kenya.

“This is truly a ‘We the Peoples’ Agenda,” Mr. Ban said of the Sustainable Development Goals, which he likened to a “to-do” list for people and the planet.

“They are people-centred and planet-sensitive. They are universal — applying to all countries while recognizing different realities and capabilities.”

Next month world leaders will formally approve the new sustainable development agenda at a summit held at United Nations Headquarters in New York. Then in Paris at the end of the year, they will seek to adopt an ambitious universal climate change agreement.

“We can be the first generation that ends global poverty, and the last generation to prevent the worst impacts of global warming before it is too late,” Mr. Ban stated. “The international community took a major step towards achieving this shared goal with this weekend’s agreement. Now we must sustain that momentum.”

In a statement issued today, General Assembly President Sam Kutesa welcoming the consensus reached on the outcome document, adding that “this transformative agenda will open a new chapter in development history.”

He looked forward to the adoption of the new agenda by world leaders at the summit to be held from 25 to 27 September in New York. “As the United Nations celebrates its 70th anniversary, we are setting our world on a sustainable course, one that will ensure a better future for our planet and all its inhabitants,” he added.

Why Ending Malnutrition Is a Quintessential 21st Century Development Goal