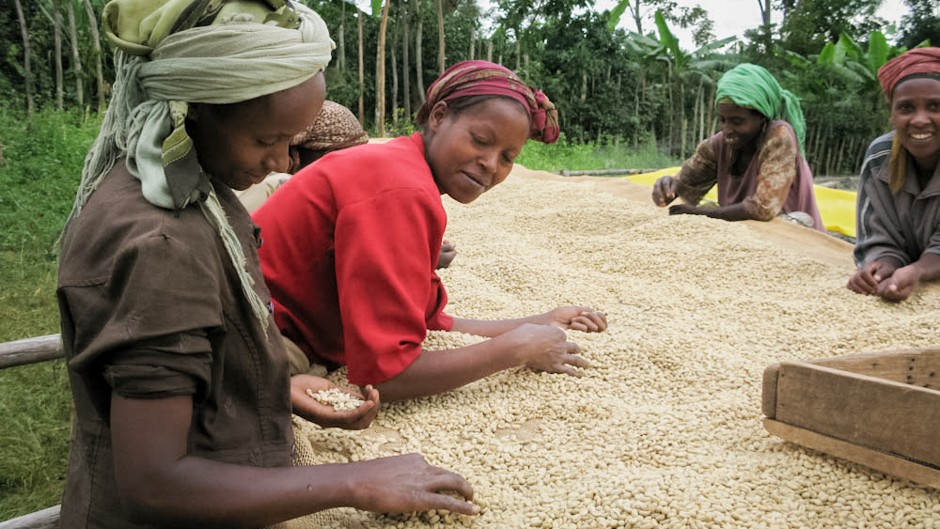 As the international community focuses on climate change, sustainable development and a new anti-poverty agenda beyond 2015, United Nations officials are highlighting the role cooperative enterprises can play in economic development, social justice and environmental protection.

In his message for International Day of Cooperatives, marked annually on 5 July, Secretary-General Ban Ki-moon said that this year’s Day falls at a “critical time” with the UN working to reach the 2015 deadline for the Millennium Development Goals (MDGs), and adopt a long-range sustainable development agenda, as well as a new climate agreement.

“Cooperatives are particularly important to agriculture, food security and rural development. In the finance sector, cooperatives serve more than 857 million people, including tens of millions who live in poverty,” Mr. Ban said.

He added that they are helping communities in both developed and developing countries to generate energy, manage water supplies and provide other basic services. 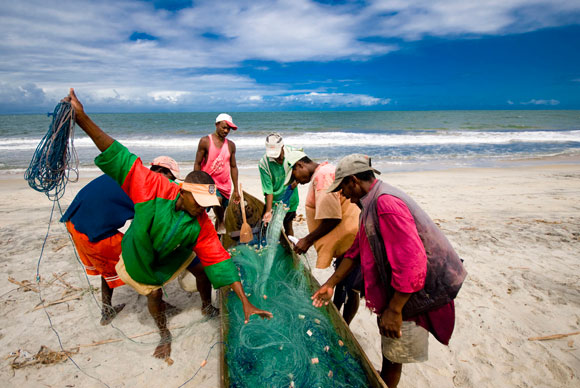 Fishermen collect and store their nets in Soanierana Ivongo, Madagascar. IFAD, in the partnership with the Malagasy Ministry of Agriculture, Livestock and Fisheries, is trying to help small entrepreneurs like these through the Rural Income Promotion Programme. Photo: IFAD/R. Ramasomanana.

Ranging from small-scale to multi-million dollar businesses across the globe, cooperatives operate in all sectors of the economy, and provide 100 million jobs worldwide — 20 percent more than multinational enterprises, according to 2011 figures from the UN Food and Agriculture Organization (FAO), the UN International Fund for Agriculture Development (IFAD) and the UN World Food Programme (WFP).

In 2008, the largest 300 cooperatives in the world had an aggregate turnover of $1.1 trillion, comparable to the gross domestic product (GDP) of many large economies, the UN agencies said.

“As member-owned, member-run and member-serving businesses, cooperatives can put social justice and equity at the heart of economic progress,” Mr. Ban said, adding that they also help to ensure that the production and provision of goods and services matches the needs and aspirations of communities.

In his message, Guy Ryder, Director-General of the UN International Labour Organization (ILO), noted that cooperatives reach many of the poor and excluded who are out of reach from the government, and from conventional markets for goods and services, such as smallholder farmers.

There are an estimated 500 million family farms — those that rely primarily on family members for labour and management — across the developed and developing world, according to the FAO.

In many developing countries, family farms represent up to 80 percent of all farm holdings.

In an effort to highlight the potential family farmers have to eradicate hunger, preserve natural resources and promote sustainable development, the UN had named 2014 as the International Year of Family Farming. 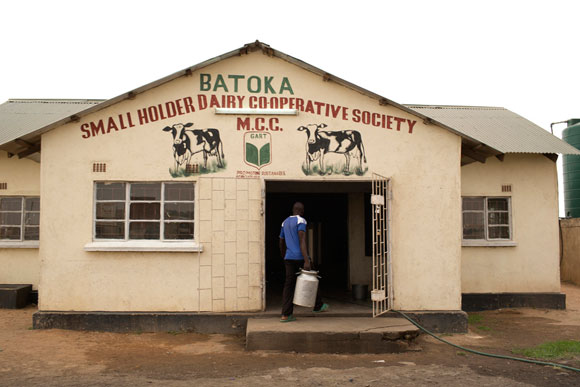 In Zambia, a farmer enters the Batoka Dairy Cooperative to sell his stock of milk. The UN’s International Fund for Agricultural Development (IFAD) supports this cooperative by training and funding government run projects with the aim of improving income levels and food and nutrition security of poor rural households. Photo: IFAD/Siegfried Modola.

In his message, Mr. Ryder said that cooperatives and mutual are “enterprises of the future” which can complement conventional markets and government action.

He called on members of the international community working on the sustainable development agenda to keep cooperatives in mind when setting out strategies and means for the new targets.

According to a recent study by the ILO and the International Cooperative Alliance (ICA), “Cooperatives and Sustainable Development Goals,” cooperatives contribute to sustainable development and hold the potential to do much more: from creating employment and enhancing gender equality to providing clean energy and financial inclusion to ensuring food security and extending social protection.

“Cooperatives are present in all sectors of the economy and adaptable to a range of contexts,” Mr. Ryder said.

“They respond to the triple bottom line of sustainable development: economic development, social justice, and environmental protection,” he added.