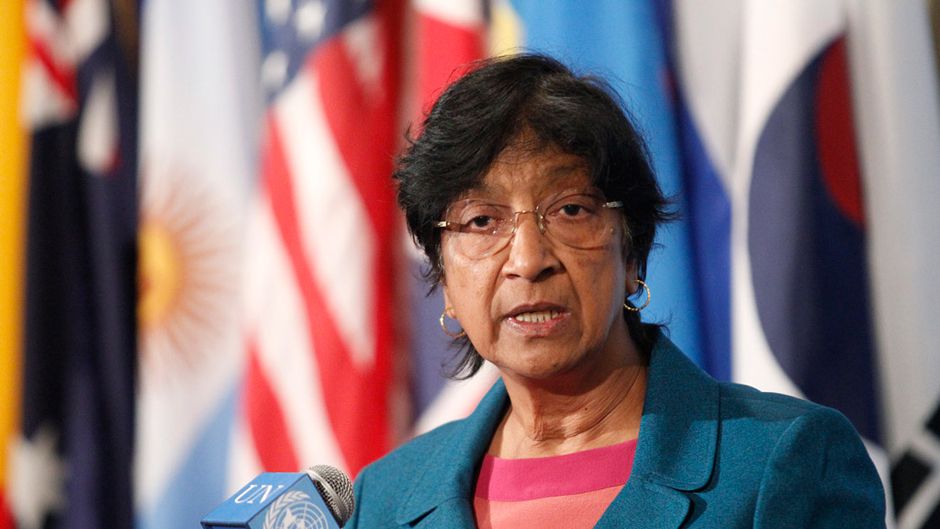 The top United Nations human rights official today warned of the “disturbing” lack of transparency in governmental surveillance policies and practices, “including de facto coercion of private sector companies to provide sweeping access to information and data relating to private individuals without the latter’s knowledge or consent.”

“This is severely hindering efforts to ensure accountability for any resulting human rights violations, or even to make us aware that such violations are taking place, despite a clear international legal framework laying down Governments’ obligations to protect our right to privacy,” UN High Commissioner for Human Rights, Navi Pillay said in Geneva today.

Introducing a report compiled by her office, entitled The Right to Privacy in the Digital Age, she stressed the need for vigilance and procedural safeguards against governmental surveillance programmes.

“The onus is on the State to demonstrate that such interference is neither arbitrary nor unlawful,” Ms. Pillay said, noting that article 17 of the International Covenant on Civil and Political Rights states that “no one shall be subjected to arbitrary or unlawful interference with his or her privacy, family, home or correspondence, nor to unlawful attacks on his or her honour and reputation.”

According to the report, to be presented this October to the Human Rights Council and the UN General Assembly, governmental mass surveillance is “emerging as a dangerous habit rather than an exceptional measure” and practices in many States reveal “a lack of adequate national legislation and/or enforcement, weak procedural safeguards, and ineffective oversight.”

The High Commissioner’s report points out that the secret nature of specific surveillance powers brings with it a greater risk of arbitrary exercise of discretion which, in turn, demands greater precision in the rule governing the exercise of discretion, as well as additional oversight. Therefore, States must establish independent methods to monitor such surveillance one that include administrative, judicial and parliamentary branches of government.

“The involvement of all branches of Government in the oversight in surveillance programmes, as well as of an independent civilian oversight agency, is essential to ensure the effective protection of the law,” the report states, noting that when conducted in compliance with the law, including international human rights law, surveillance can be effective for legitimate law enforcement or intelligence purposes.

“The complexity of the challenges to the right to privacy in this rapidly and dramatically evolving digital age is going to require constant scrutiny and dialogue between all key sectors.”

On the role of the private sector, the report points to strong evidence of a growing reliance by Governments on enterprises to conduct and facilitate digital surveillance and warns that a company that supplies data to the State “risks being complicit in or otherwise involved with human rights abuses.”

When faced with Government demands for access to data, enterprises are expected to honour the principles of human rights. This can mean interpreting such demands as narrowly as possible, seeking clarification from a Government with regard to the scope and legal foundation for the demand, requiring a court order before meeting government requests for data, and communicating transparently with users about risks and compliance with the demands.

“The complexity of the challenges to the right to privacy in this rapidly and dramatically evolving digital age is going to require constant scrutiny and dialogue between all key sectors,” Ms. Pillay said, adding that at stake are some incredibly important principles which go right to the core of each and every individual’s rights.

“When conducted in compliance with the law, including international human rights laws, surveillance of electronic communications can, of course, be an effective and necessary measure for legitimate law enforcement or intelligence purposes,” Ms. Pillay said in her statement (available on video via the right sidebar here).

The responsibility lies with states, however, to demonstrate the necessity of such surveillance and only to take measures that are proportionate and comply with clear legislation, she said. When governments step beyond the limits, they must be exposed, she insisted.

At the press conference following her statement, Ms. Pillay reportedly made comments in reference to Edward Snowden, saying his revelations of massive state surveillance had been in the public interest.

“Those who disclose human rights violations should be protected, we need them,” Pillay told reporters.

“I see some of it here in the case of Snowden, because his revelations go to the core of what we are saying about the need for transparency, the need for consultation,” she said. “We owe a great deal to him for revealing this kind of information.”