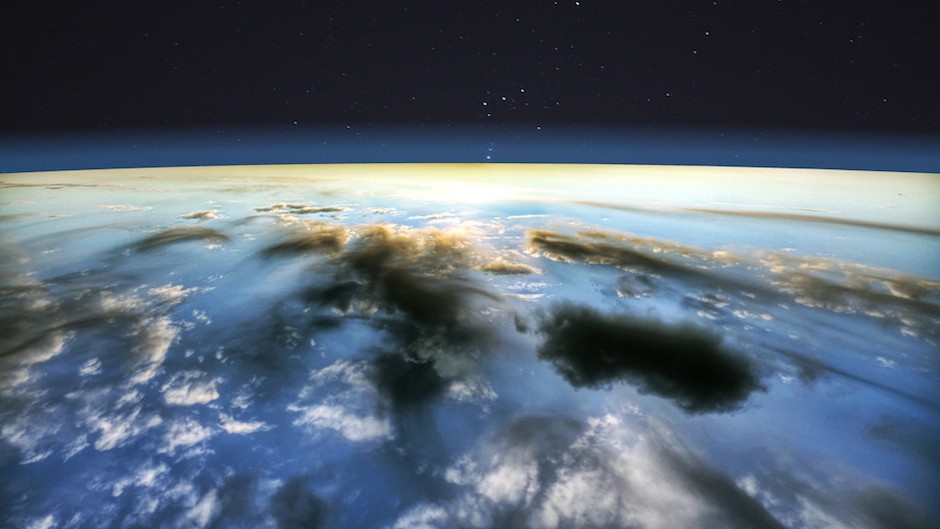 More carbon dioxide was emitted into our atmosphere between 2012 and 2013 than in any other year since 1984, putting humans on the fast track toward irreversible global warming, the United Nation’s weather agency said in a report released Tuesday.

The World Meteorological Organization’s (WMO) annual Greenhouse Gas Bulletin showed that the increase of atmospheric CO2 from 2012 to 2013 was 2.9 parts per million (ppm), the largest year-to-year increase in 30 years. Because of that growth, the average amount of CO2 in the atmosphere reached 396 ppm — just 9 ppm away from an average level some scientists believe could cause enough sea level rise, drought, and severe weather to significantly harm human populations across the globe.

“The Greenhouse Gas Bulletin shows that, far from falling, the concentration of carbon dioxide in the atmosphere actually increased last year at the fastest rate for nearly 30 years,” WMO Secretary General Michel Jarraud said in a statement. “We must reverse this trend by cutting emissions of CO2 and other greenhouse gases across the board. We are running out of time.”

To solve the problem of climate change, scientists generally agree that concentrated carbon levels in the atmosphere need to stabilize at 350 ppm. That means taking carbon dioxide and other more concentrated greenhouse gases such as methane and nitrous oxide out of the atmosphere.

According to the WMO’s report, though, methane concentrations are also on the rise. Atmospheric methane reached a record high of about 1824 parts per billion (ppb) in 2013, the report said, due to increased emissions from humans. Most human-caused methane emissions come from natural gas production, followed closely by industrial agriculture.

Even though there have been large increases of greenhouse gases emitted into the atmosphere, however the report noted that the ocean has been absorbing more and more of it, causing widespread acidification of the sea. Comparing current data of the ocean’s acid content with paleo archives over the last 300 million years, the WMO called the sea’s current rate of souring “unprecedented.”

Major concerns with acidification include large-scale die-offs of calcifying organisms like coral, algae, mollusks, and plankton, and a general decrease in biodiversity.

“If global warming is not a strong enough reason to cut CO2 emissions, ocean acidification should be, since its effects are already being felt and will increase for many decades to come,” Wendy Watson-Wright, the executive secretary of the Intergovernmental Oceanographic Commission of UNESCO, said. “It is high time the ocean, as the primary driver of the planet’s climate and attenuator of climate change, becomes a central part of climate change discussions.”

As the WMO notes, the ocean currently soaks up about a quarter of human-caused CO2 emissions, which has reduced the amount of observed carbon in atmosphere. However, the WMO report says the ocean’s capacity for absorbing carbon is decreasing, which will eventually lead to a speed-up in atmospheric warming. Indeed, the ocean’s ability to hold carbon is only 70 percent of what it was at the beginning of the industrial revolution. By the end of the twenty-first century, it could be reduced to 20 percent, the WMO said.

At the same time, the oceans are also soaking up a lot of the trapped heat that would otherwise be retained by the atmosphere. This has perpetuated the oft-debunked argument from climate deniers that the earth “hasn’t seen any warming for 15 years,” as evidenced by a supposed lack of increase in global average surface temperature. (At the same time, the heat content of the ocean is rapidly rising.)

The good news is, according to WMO, that action can still be taken to reduce the amount of carbon in the atmosphere and prevent catastrophic global warming through cooperative international policymaking. The WMO urged policymakers worldwide to use their report as a “scientific base for decision-making.”

“We have the knowledge and we have the tools for action to try keep temperature increases within 2°C to give our planet a chance and to give our children and grandchildren a future,” Jarraud said. “Pleading ignorance can no longer be an excuse for not acting.”