UN to Unleash “Power of Education” to Fight Intolerance, Racism 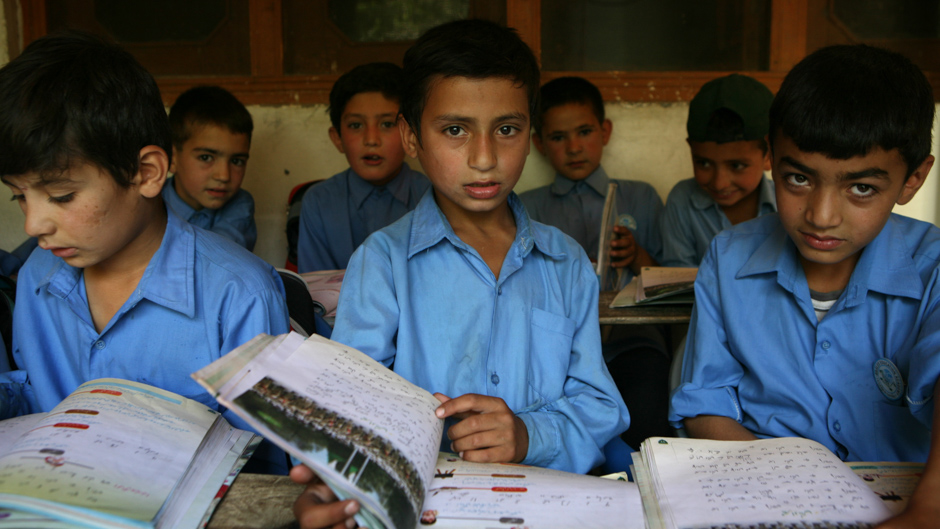 The United Nations is planning to launch a global campaign against the spread of intolerance, extremism, racism and xenophobia — largely by harnessing the talents of the younger generation.

Secretary-General Ban Ki-moon pointedly says education is the key. “If you want to understand the power of education, just look at how the extremists fight education.”

They wanted to kill the Pakistani teenage activist, Malala Yousafzai and her friends because they were girls who wanted to go to school, he said.

Violent extremists kidnapped more than 200 girls in Chibook, Nigeria, and scores of students were murdered in Garissa, Kenya and in Peshawar, Pakistan.

“What they fear most are girls and young people with textbooks,” said Ban, who will soon announce “a comprehensive Plan of Action to Prevent Violent Extremism,” along with the creation of an advisory panel of religious leaders to promote interfaith dialogue.

At a Leaders’ Summit on Countering Violent Extremism in New York late last month, Ban announced his intention to present a comprehensive plan of action early next year to the General Assembly.

As part of the campaign against intolerance and extremism, the UN’s Department of Public Information (DPI) recently picked 10 projects from young people from around the world, in what was billed as a “Diversity Contest”, singling out creative approaches to help address a wide range of discrimination, prejudice and extremism.

The projects, selected from over 100 entries from 31 countries, include challenging homophobia in India and Mexico; resolving conflicts to access water to decrease ethnic conflict in Burundi; promoting interfaith harmony in Pakistan; encouraging greater acceptance of migrant populations in South Africa and promoting greater employment opportunities to Muslim women in Germany.

Lara-Zuzan Golesorkhi, a PhD student and instructor at the New School in New York who submitted one of the prize-winning projects, told IPS she seeks to address one of the most discussed political issues in contemporary Germany: integration of Muslim immigrants.

At the centre of these discussions, Golesorkhi said, lies the so-called ‘veil debate’, which was brought about by the Ludin case in 1998.

That year, Fereshta Ludin (the daughter of Afghan immigrants) was rejected from a teaching position in the state’s public school system on the alleged basis of “lack of personal aptitude” that made her “unsuitable and unable to perform the duties of a public servant in accordance with German Basic Law.”

The endless dispute between Ludin and the German judicial system led to the inauguration of institutionalised state-based unveiling policies for public school teachers across Germany.

These policies have been in effect in eight states and have just recently been called into question on the federal level with a court decision that demands respective states to revise the inherently discriminatory policies, said Golesorkhi, who is a German national and a permanent resident in the United States.

The DPI says Golesorkhi will return to Germany to challenge the perceived discrimination against Muslim women.

She will ask potential employers to symbolically pledge to hire Muslim women. She will also produce a list of those employers so that women can feel safe and empowered to apply to those work places.

The end result is to help decrease discrimination and increase the employment of Muslim women in Germany.

The New York Times, quoting the Religious Studies Media and Information Service in Germany, reported last month that Muslims make up around 5.0 percent of the population of 81 million, compared with 49 million Christians.

The newspaper focused on the growing controversy related to the renovation of an abandoned church in the working class district of Horn in Hamburg — where the “derelict building was being converted into a mosque”.

“The church stood empty for 10 years, and no one cared,” Daniel Abdin, the director of the Islamic Centre Al Nour in Hamburg told the Times. “But when Muslims bought it, suddenly it became a topic of interest.”

Golesorkhi told IPS her ‘With or Without’ (WoW) non-profit organisation, in its most abstract form, is aimed at addressing the intersection of two crucial aspects in the German polity: immigration and religion.

Immigration and religion have played a significant role in the nation building process of Germany, specifically in terms of the country’s laws and diverse social composition, as well as the development of anti-Muslim sentiments (Islamophobia) and discriminatory acts against Muslims (particularly since 9/11).

The top three countries of origin for Muslim immigrants are Turkey, the former Yugoslavia, and Morocco. This significant and continuously growing presence of Muslims has led to varied responses by state and society, she noted.

Though the large majority (72 percent) of those interviewed in a 2008 study claimed that “people from minority groups enrich cultural life of this country”, Muslims are the least desirable neighbours, as data from the same year shows. Further, 23 percent of German interviewees, she said, associated Muslims with terror, while 16 percent viewed the hijab, the Muslim head scarf, as a threat to European culture.

In the latest study on anti-Muslim sentiments conducted by the Bertelsmann Stiftung in late 2014, 57 percent of non-Muslim interviewees reported they perceive Islam as very threatening.

The study also disclosed that 24 percent of the interviewees would like to prohibit Muslim immigration to Germany and an overwhelming 61 percent said they think Islam does not belong to the ‘Western’ world.

Particularly alarming, in the very recent context of anti-Muslim sentiments, she noted, is the continuously growing PEGIDA (Patriotrische Europäer gegen die Islamisierung des Abendlandes), which rejects the alleged “Islamisation” of Europe and demands an overhaul of immigration policy.

While the pledge does not guarantee employment, it allows WoW to produce a database of employers that would hire Muslim women.