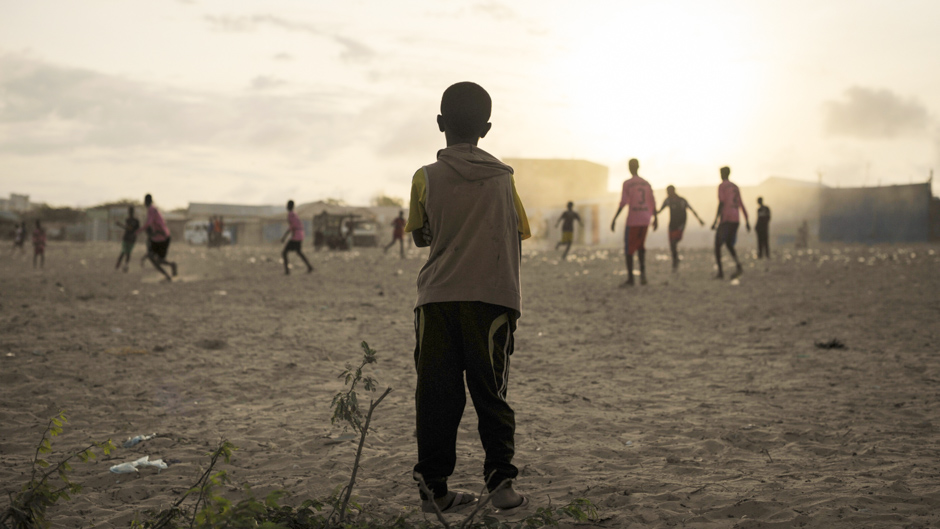 It is not known exactly how many child soldiers there are in the world, but current estimates tell us that in 2018, the number is likely to be in the tens of thousands.

Children have been used in hostilities — including as human bombs — by state and non-state groups in at least 18 conflicts since 2016 alone.

Today, a staggering 46 nations continue to attract and enlist people under the age of 18 into their militaries.

These are some of the statistics from the Child Soldiers World Index — a newly released database that examines UN Member States for their use of child soldiers in the armed forces and non-state groups.

The statistics are indeed concerning, with even the UN declaring that the number of at risk children is increasing at an “alarming rate”.

So what exactly is driving children to become involved with armed groups? And, what can be done to get a grip on the crisis?

These are the questions that the United Nations University (UNU), the UN Children’s Fund (UNICEF), and the UN Department of Peacekeeping Operations, and Luxemburg and Switzerland have been working to answer by conducting field research on child recruitment practices in Mali, Iraq and Nigeria.

The role of “radicalisation”

According to the report, entitled Cradled by Conflict: Children in Contemporary Conflict, policymakers are focusing too much on the idea that child soldiers join armed groups because they have been ‘radicalised’.

“Currently there is a tendency to attribute child involvement in conflicts to them becoming radicalised and swept up in this violent ideology… but this is rarely the primary factor motivating child association in armed groups,” the project’s leader researcher Siobhan O’Neil told IPS.

For example, the report found that ideology was hardly a factor in Mali where child soldier recruitment is often paired with a narrative of radicalisation.

“In Mali, the intercommunal conflicts over resources and cattle, issues made worse by climate change and state corruption — were far more likely to drive children to armed groups,” O’Neil said.

Even in cases where ideology does play a role in a child’s trajectory towards an armed group, it is usually only one of a number of motivating or facilitating factors.

In Nigeria, Boko Haram has conflated its religious ideology with a rejection of the Nigerian state, the latter of which, the report found “may be the greater driver of association with Boko Haram for Nigerians who have experienced state oppression and violence.”

“No choice but to join”

The report stressed that for many children, especially those living within an occupied territory, neutrality is not an option.

“That’s a fallacy. It’s virtually impossible for children to remain unaffiliated in a war zone,” Kato Van Broeckhoven, a UNU co-author of the research, told IPS.

“When an armed group is the only employer — like they are in parts of Syria and Nigeria — and they have physical control of a region, joining may be the only realistic way to survive,” she continued.

The report also found that for some children, armed groups are attractive because they offer a sense of ‘community’, a sense of ‘significance’, and a feeling of ‘order amid chaos’.

For example in both Mali and Nigeria, where strict hierarchical societies are the norm, armed groups can provide a way for young people to express themselves and attain a level of status beyond what society would usually allow someone of their age.

Addressing what this research means for policymakers and programs on the ground, O’Neil told IPS that “ultimately, what we see is that there is no mono-causal reason for children getting involved in armed groups.”

“It’s important that any intervention programmes geared towards preventing them becoming involved, assisting them with release and reintegration recognise that and take a holistic approach to addressing children’s needs and risks,” she continued.

The report argues that many current interventions aimed at assisting child soldiers have leaned towards an ‘ideological approach’ — one that aims to ‘prevent’ and ‘counter’ violent extremism.

In the absence of evidence that links radical ideology to children becoming involved in armed groups, O’Neil and her fellow researchers say that any ‘ideological approach’ to intervention should only be used when there is clear evidence that it would be preventative.

Otherwise, as the report noted, “it’s a ‘one size, fits none’ approach”.

In the report, researchers urged for more effective international efforts to prevent and respond to child recruitment and use by armed groups including:

(1) avoid programmes focused primarily on ideological factors; (2) only incorporate ideological components where individually necessary and where they can be embedded into larger, holistic efforts to address the needs and risks of children; (3) ensure all interventions are empirically based; (4) rigorously assess interventions over the long term; and (5) engage children not just as beneficiaries, but as partners.

The ‘Cradled by Conflict’ report and the Child Soldiers World Index data was launched on the International Day against the Use of Child Soldiers, and the anniversary of the Optional Protocol to the Convention on the Rights of the Child on the involvement of children in armed conflict — the world’s first international treaty wholly focused on ending the military exploitation of children.

Will Higginbotham is a journalist for IPS News in New York.