On Universal Access to Antiretroviral Drugs: Insights from Brazil 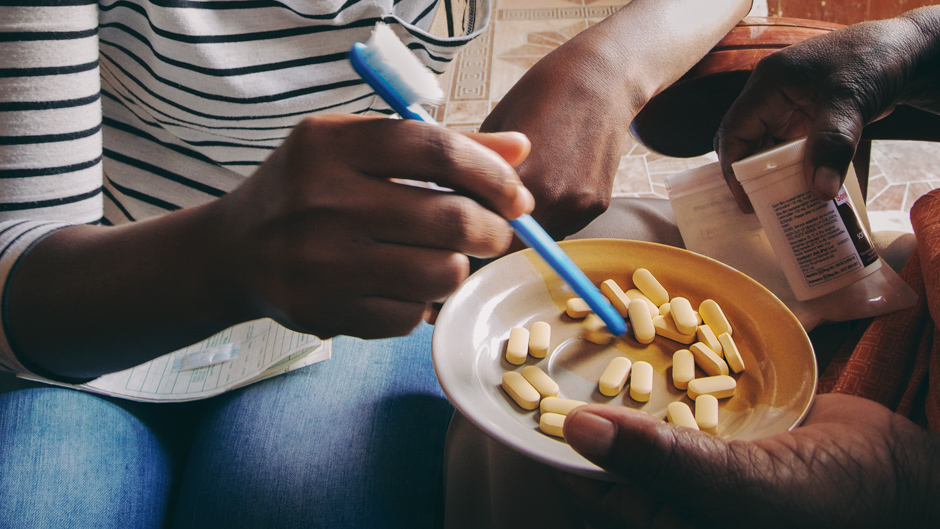 Today on World AIDS Day, UNAIDS Executive Director Michel Sidibé reminds us that one of the targets of the Sustainable Development Goals (SDGs) is to end the AIDS epidemic by 2030. However, this isn’t just a target; it is part of the fundamental human right to health because “… no one person has a greater right to health care than anyone else…”.

Agencies supportive of this SDG target, such as the World Bank, hold a mainstream view that ministries of health in developing countries should focus on prevention and improvement of the healthcare system as the antiretroviral drugs (ARVs) used to treat HIV/AIDS are very complex molecules that most developing countries cannot produce. However, the drugs can be imported from Western multinational companies by borrowing funds from the World Bank if required.

This is also what any economist wanting to maximise returns on a fixed budget would tell a MoH. But that’s not what Brazil did! In 1996, Brazil became a trailblazer among developing countries by taking the stance that all its citizens would be ensured access to medicines as a human right, and started negotiating price reductions for high-cost patented drugs, often deploying the threat of using compulsory licensing (CL).

Can other countries emulate the Brazilian model? To answer this question, we need to understand the dynamics of price negotiations between developing countries and patent holders. Though bilateral in principle, in practice they are actually a multi-player game whose outcomes emerge through strategic play within a complex system.

Drug manufacturing involves two main operations in decreasing levels of complexity and knowledge intensity: production of active pharmaceutical ingredients (APIs), and formulation. The World Health Organization reports that there are at least 126 developing countries without API production capabilities and 42 in this set have only limited or no competence in the formulation of medicines, relying exclusively on imports to satisfy their demand.

Suppose a developing country cannot produce the API of a patented drug that is required to tackle a crisis — this is a major challenge, as patented drugs tend to be costlier than generics, which may not even be available. The situation may become totally untenable if the drug manufacturer is unwilling to supply adequate quantities at acceptable prices and/or the corresponding technology cannot be licensed from the supplier and developed independently by other firms.

But there is a solution! Target 3b of SDG 3 affirms that governments have the right to use, to the full, the provisions in the Agreement on Trade-Related Aspects of Intellectual Property Rights (TRIPS) regarding flexibilities to protect public health, and, in particular, provide access to medicines for all in accordance with the Doha Declaration on the TRIPS Agreement and Public Health, adopted in 2001. This includes the possibility of issuing CL.

Compulsory licensing is a flexibility contained in TRIPS, whereby a government can permit third parties to produce the patented product without the consent of the patentee. This is a measure that has been purposefully introduced to minimise the potential negative impact of patents on access to medicines. Scholars have confirmed that the compulsory license option empowers developing countries to negotiate prices with pharmaceutical companies more aggressively. However, the cost of reprisals on the local industry is an element that has to be integrated in all calculations by developing countries.

Indeed, fear of reprisals by the governments of multinationals that will affect trade and industry beyond pharmaceuticals deters many emerging countries from using the threat of compulsory licensing in price negotiations. However, our integrated model shows that the deal clinchers for emerging countries in price negotiations over essential drugs are local technological capabilities and access to cheap imported generics. If these two factors are strong, and the probability of a high reprisal is low, then the mere threat to issue a compulsory license can be enough to achieve a price discount.

Between 2001 and 2014, the Ministry of Health of Brazil launched at least 14 episodes of price negotiations (table 1) with multinationals involving six different ARVs.

Table 1: ARV drug price negotiations between Brazil and multinational companies from 2001 to 2014 (prices in US$)

In episode 7, there was no price discount because a compulsory license was indeed issued, setting a successful precedent for other emerging countries. Why did it happen? According to our model, it is probably due to an informational problem. Usually a MoH has the better information about the prospects of retaliation from the government of the patent holder. So whenever the patent holder wrongly assumes that the MoH cannot challenge it credibly, then CL can be effective. In the case of Brazil, it also helped build technological capabilities.

So for better access to ARV drugs in developing countries, what are our main suggestions?

Second, while successful price discounts from multinationals improve access, they make it even more challenging for local firms to become equally competitive, so there are trade-offs that must be taken into account.

Third, a strong public sector is a good source of bargaining power. It need not produce drugs, but it must have state-of-the-art technological and innovation capabilities, especially because the future lies in biopharmaceuticals — a domain in which the gap to catch-up is even more daunting than in synthetic chemical-based drugs.

The views expressed in this article are those of the authors and do not necessarily represent the views of the United Nations University.

Dr Eduardo Urias is a Research Fellow at the UNU Maastricht Economic and Social Research Institute on Innovation and Technology. He received his PhD in Economics and Policy Studies of Technical Change from UNU-MERIT and Maastricht University in October 2015. He is currently working on access to medicines, sectoral innovation systems, competitive strategy analysis and internal organisation of research and development.