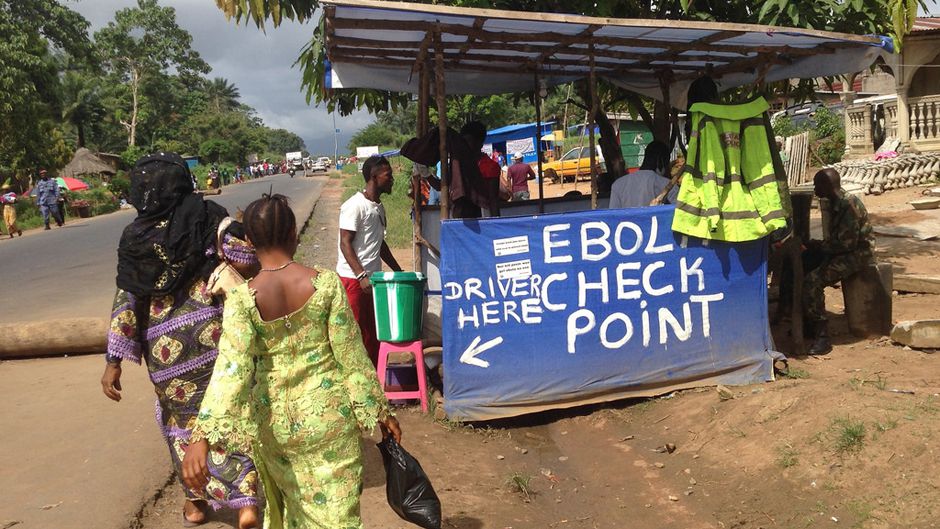 The Secretary-General’s Special Envoy on Ebola, Dr. David Nabarro, today made a passionate appeal to combat stigmatization surrounding the disease by calling for a global social media campaign to “express solidarity and to show we are anti-discrimination.”

“It is really important that we all understand the roots of the stigma and work to address it,” Dr. Nabarro said, briefing to non-governmental organizations (NGOs) at UN Headquarters. “We are all in this together.”

“I think all of us have a role to try to reduce the stigmatization,” he said.

The Special Envoy said that even UN people travelling from affected countries have been stranded in airports for 24 hours and “treated as criminals”.

“What I am suggesting is to engage with those who are reacting in extreme ways,” the special envoy said.

“Craig Spencer’s discharge was helpful in reducing that fear,” Dr. Nabarro said referring to the first and only person to be diagnosed with Ebola in New York City who was released from hospital yesterday and greeted with a hug by the New York City Mayor.

Saying he was pleased to see on Facebook calling for donations, the special envoy said: “We need a second button — a button of solidarity” aimed at reducing stigmatization and discrimination.

“Let’s try to use social media to express solidarity and to show we are anti-discrimination,” he said. “We have done it for HIV. We must do this for Ebola.”

Dr. Nabarro was briefing NGOs the day before he and Anthony Banbury, the head of the UN Mission for Ebola Emergency Response (UNMEER), brief the General Assembly on the public health crisis emanating from the Ebola outbreak. Together they will speak to reporters after they brief UN Member States.

Also today at UN Headquarters, the Under-Secretary-General for Peacekeeping Operations, Hervé Ladsous, briefed the Security Council on the UN Mission in Liberia (UNMIL), saying that there were no longer signs that security could seriously deteriorate in the country heavily-affected by Ebola. However, he said it would be appropriate to defer consideration of the drawdown of UN troops and police, until the Ebola crisis is over.

“As an international community, we must seize the current moment, and see how best we may, collectively, help to transform [it] into one that is positively catalytic for the country,” he said, recalling that, as the Secretary-General noted in his August report, to “reimagine our engagement in Liberia.”

Even as the international community scales up its response to the immediate challenge of defeating Ebola, “we must also consider how we may collectively support the rebuilding of Liberia post-Ebola,” said Mr. Ladsous.

In his briefing today, Dr. Nabarro said that 2 or 3 million of the world’s population were now “emotionally engaged” in the issue with hundreds of thousands working on the Ebola response.

“It’s becoming an issue that is deeply affecting societies, governments and many aspects of global affairs,” he said.

Dr. Nabarro emphasized that “when everyone is fully involved, there is a slowing of the outbreak,” saying “that is a real source of inspiration.”

And while noting “some signs of progress,” he cautioned that they are “small signs”, and that “there is not enough certainty to say that we know the trajectory toward the end of the outbreak.”

He also drew attention to “the need to be working on post-Ebola now.”

Meanwhile, the UN World Health Organization (WHO) reported that Mali’s Ministry of Health has confirmed the country’s second fatal case of Ebola virus disease. The case occurred in a nurse who worked at a privately-run clinic in the capital city, Bamako.

Like Mali’s first case, this second is associated with the outbreak in Guinea, WHO said. Intensive contact tracing is under way in both countries, with support from WHO, the US Centers for Disease Control and Prevention (CDC), Doctors Without Borders/Médecins Sans Frontières (MSF) MSF, and other international partners.

According to WHO’s latest statistics, there are more than 13,000 reported Ebola cases in eight countries since the outbreak began, with nearly 5,000 reported deaths. WHO is expected to release updated figures on the state of the outbreak later today.