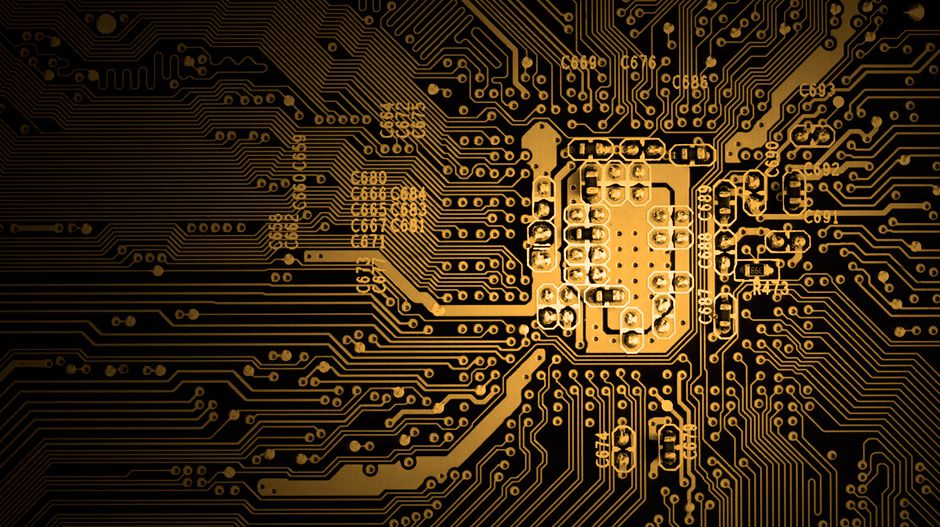 The origin of the resources used to fuel modern society is an increasingly hot topic in many fora. Earlier this year, the world watched transfixed as 33 Chilean miners were pulled from the bowels of the Earth after being trapped for 69 days when the mine collapsed. The happy ending and feeling of relief gave way to a warm feeling of awe at the indomitable human spirit, similar to that the global public gets from moon landings and the like.

However, the rescue —significant because the miners made it out alive — was somewhat contradictory to the reason they were down there in the first place. Every year thousands of lives are lost in mines around the world. Aside from the most dramatic rescues, these get little mention in the world media and are just one part of the equation when you consider the mortality due to the long-term health effects (both human and environmental) of mining and extractive processes generally.

Certain minerals are more valuable than others. The emergence of coltan as an essential component in mobile phones and other electronics in the 1990s was a geological windfall that did not go unexploited by the warlords controlling the eastern parts of the Democratic Republic of Congo.

The importance of African mines and ‘battery grade’ minerals was again highlighted recently following their widespread mention in the list of Critical Infrastructure and Key Resources the United States considers pertinent to its national security, as revealed by Wikileaks.

At around the same time the Chilean rescue was taking place, tensions were rising between Japan and China as a territorial dispute over the Senkaku islands gave way to the slowing of Chinese rare earth minerals exports to Japan.

This may, on the face of it, seem little more than a diplomatic spat in a notoriously tense part of the world. However, the issue of rare earths (a collection of 17 minerals found in the Earth’s crust) is one that we will hear more of in the future for two reasons.

Firstly, components are becoming more sophisticated in their design and manufacture, increasing our use of such minerals. Although the name implies rarity, their use is anything but. Rare earths are a key component of many electronic devices, including green technologies. For example, a Toyota Prius contains about 16 kilos of rare earths whilst an Intel microchip now contains 41 elements in total, compared to just a handful in 1990.

Secondly, their primary location of production is extremely geographically clustered. Currently 97% of the current rare earth production is located in China owing to a Chinese government policy dating back to the 1960s that strategically identified rare earths as ‘the oil of the 21st century’.  The dominance of China in rare earth is partly due to geological good fortune but also due to their willingness to engage in environmentally damaging mining that more developed countries have since shunned.

The recent decision of China to cut exports by 30% ostensibly for environmental reasons was seen by some as more of a tacit admission of fundamental scarcity or a economic/geopolitical move knowing that rival production sites will take a few years to come online at a time of increasing demand. The combination of these factors has heightened concern over access to rare earths, so key to many areas of the Japanese economy, that Japan has started making overtures to Vietnam amongst others to develop their resources in case they cannot rely on Chinese supplies.

Most rare earths, and resources in general, end up largely in cities, which by definition are concentrations of people, capital and knowledge, but not extraction and manufacturing.

Viewed in a different light, however, today’s cities are the ultimate mine; located above ground and rich in stocks of precious metals and minerals. Whilst veins of copper literally run through the fabric of urban life there are also nuggets of gold and platinum sitting on the desks and shelves of offices and in waste dumps.

The alignment of this economic imperative to the, often ignored, environmental imperative of how we use and dispose of the items we consume has underlined the importance of what has been termed ‘urban mining’ — defined as “the process of reclaiming compounds and elements from products, buildings and waste”.

The urban mine concept aims to redefine the city from that of a consumption centre to a production centre. It can be seen as analogous to urban agriculture, which not only provides food produced within the city, but also helps residents understand where food comes from and reconnects communities with nature.

Cities could be excavated for such things as the vast amount of copper stock in electrical wiring and all kinds of materials in disused buildings. Indeed, thieves have begun to help themselves to this very reserve (though not only from abandoned buildings) as worldwide demand has pushed prices skyward. Below ground, phosphate — another important resource used is in the production of fertilizers — can be found in the world’s sewers and farm waste. While the ore from which this mineral is extracted is in finite supply, raw sewage has a phosphate content of about 16%.
Meanwhile, Ford is looking at re-using a variety of materials from plastic bottles to old jeans for soundproofing in their 2012 Focus.

The area most commonly considered for the urban mining concept is that of electronics. The relentless pace of electronic manufacture — driven in part by innovation and in part by the disposable nature of gadgetry — means items tend to be hard to upgrade and impractical to repair. It is simply easier to buy a new mobile phone or laptop. This makes sense at one level because newer versions of consumables are likely to be cheaper and more advanced.

However, the cumulative effect of this is masses of e-waste, which reportedly grew by 22% worldwide between 2000-2005 alone. This accumulation results in some striking numbers. The amount of metal in a mobile phone may only add up to a few cents here and there, but the sheer volume of unused phones lying around is valued at around $100 million in the US alone.

It is also estimated that 10% of the world’s metal and mineral reserves lie in Japan’s scrap heaps with similar figures for rare earths. Were such a discovery made in a conventional mine, commodity markets would plummet. Yet these untapped waste resources go virtually unnoticed.

The problem is that these rare earths have been manufactured into units that are difficult and hazardous to dissemble. Currently, what little is recycled in the rich world is shipped abroad (increasing carbon emissions) to be processed in environmentally harmful ways, often by the poorest sections of society (as this photo-essay of e-waste pickers in Guiyu, Guangdong Province China illustrates).

E-waste not, want not

Take-back campaigns that compel the manufacturer to deal with the waste it produces are becoming more popular. Meanwhile the United Nations University’s Solving the E-waste Problem (StEP) Initiative is working with mobile phone companies such as Nokia to make their manufacturing process more amenable to urban mining.

Companies are now beginning to invest in innovative technologies to either recover these embedded resources or conserve their use. The iPhone manufacturer Foxconn is funding research on precious metal recovery from waste electrical and electronic waste equipment whilst university research involving the use of lasers to shave atom-thin layers from magnets is receiving increased attention.

And what is the role of the consumer in this? While recycling is an ever more common practice, more of us need to be focusing on the two Rs that come before: reduce, reuse. It might seem hard for many to do without their mobile phone, but more palatable to consider whether the latest upgrade is truly necessary. There are even means available to re-use and recycle old phones, depending on where you live. The demand for secondhand phones, especially in the developing world, is so high that many companies will usually first try and resell abroad, failing that they will take the phone for the materials inside it.

To link back to those lucky miners and the triumph of the human spirit — surely, if we can keep 33 people alive for 69 days and then retrieve them from 700 metres inside the earth, we can figure out how to design a phone to last longer than 69 weeks or so, and one from which it can be easier to retrieve the resources that went into making it.

Individually, we can all think about the value of the gadgets we no longer have use for and in doing so, maybe save a miner in the process!

Urban Mining in Ubiquitous Cities of Gold by Christopher Doll is licensed under a Creative Commons Attribution-NonCommercial-ShareAlike 3.0 Unported License.