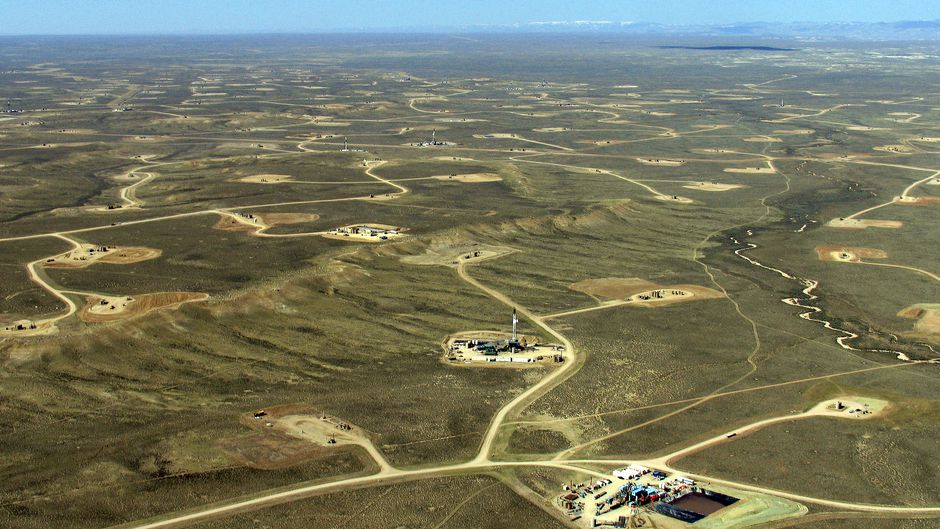 The United States has its foot hard on the natural gas pedal, as we careen into the United Nations Climate Summit 2014. World leaders have once again gathered at UN headquarters in New York, and will doggedly re-attempt to limit global temperature increase to only 2 degrees Celsius.

The US is hedging its bets with the lesser of fossil fuel evils — natural gas — as a way to avoid the calamity of climate change. But is this gas really the answer to run away carbon emissions, polar ice caps disappearing and extreme weather woes?

Don’t let the benign moniker fool you. While natural gas (which consists primarily of methane) may be colorless, odorless, tasteless and lighter than air, it is an extremely potent greenhouse gas. For its first 20 years in the atmosphere methane traps about 86 times the heat of its more infamous cousin — carbon dioxide. Over a hundred year period methane’s heat trapping power is roughly 28 times that of CO2.

However the paradoxical math that makes natural gas the fossil fuel du jour — especially with the Obama administration — centers solely on CO2. A coal-fired power plant emits about 2,000 pounds of CO2 per megawatt hour of energy produced, while natural gas produces electricity with almost half that amount.

So it’s the old bait and switch. Hydrocarbon allegiances are ditching dirty coal, for supposedly half-as-dirty natural gas. And Obama finally gets some environmental credibility with his vow to reduce US power plant emissions 30 percent by 2030. But the administration’s wholesale support of natural gas and heavy-handed attempts to convert other nations to a frack-happy future, is shortsighted.

Natural gas as a “bridge” to a low carbon future has been debunked by the International Energy Agency, the UN Environmental Program and economists alike. For every coal-fired power plant converted to a natural gas co-generation plant, a return on the investment happens over a 25-30 year time period. The money that could have gone to the long-term truly low-carbon renewables — wind, solar, geothermal, biomass and small hydroelectric — stays with the devil we know. It’s like steadfastly eating red meat 24/7 — even though we know it’s not good for us — we just can’t seem to order that more healthy fish dish.

California, with its aggressive decarbonization legislation and the noble intention of being a climate leader, has governor Jerry Brown shamelessly cozying up to natural gas and its controversial extraction process — hydraulic fracturing — aka “fracking”. In a drought-stricken, earthquake-prone state, is embracing such an intensely water-polluting, seismically-challenging energy source wise?

But not only is methane an over-achiever when it comes to planetary warming. Fluids are by nature leaky. The EPA’s initial estimates of methane leakage during the extraction, storage, and transportation part of the equation have been proven faulty, by factors of 100 to 1,000 times!

A new Yale study also indicates people living close to “fracking” wells are more likely to suffer respiratory and skin ailments. The US natural gas bonanza is apparently not as good at creating jobs as has been touted.

Earlier this year scientists linked high atmospheric methane concentrations to the largest extinction event the world has experienced. Up to 95 percent of species were wiped out by methane spewing microbes 250 million years ago in the end-Permian extinction.

With current increasing rates of methane, we are heading for similarly high levels by the end of this century. If you are my age, that doesn’t sound too bad, I won’t be here. But anyone under 20-years-old (this includes my daughter) should pay attention.

Going by PricewaterhouseCoopers numbers we’re failing miserably at emission mitigation. We will have to decarbonize at 5 times our current rate to have a chance at only 2 degrees of global temperature increase. Though many judge even two degrees of warming as reckless.

Scary considering the real-time collective climate change numbers are still going in the wrong direction. Earlier this month the World Meteorological Organization reported the fastest growth rate (since records began) of CO2 emissions happened in 2013. Atmospheric methane is also increasing steadily. In 2004 it accounted for 14 percent of overall greenhouse gases, and that figure just keeps going up.

Natural gas is not buying us any time, in fact turns out it is doing the exact opposite — it’s a “bridge” to nowhere we should be heading.

At the UN Summit in New York this week, I hope our elected officials will tell the whole truth, and nothing but the truth about ALL fossil fuels — while it once felt as though we could not live without them, we can no longer afford to live with them. Period, end of story.

It is time to once more to bow down to the mighty SUN.