Use and Abuse of the ‘Natural Capital’ Concept 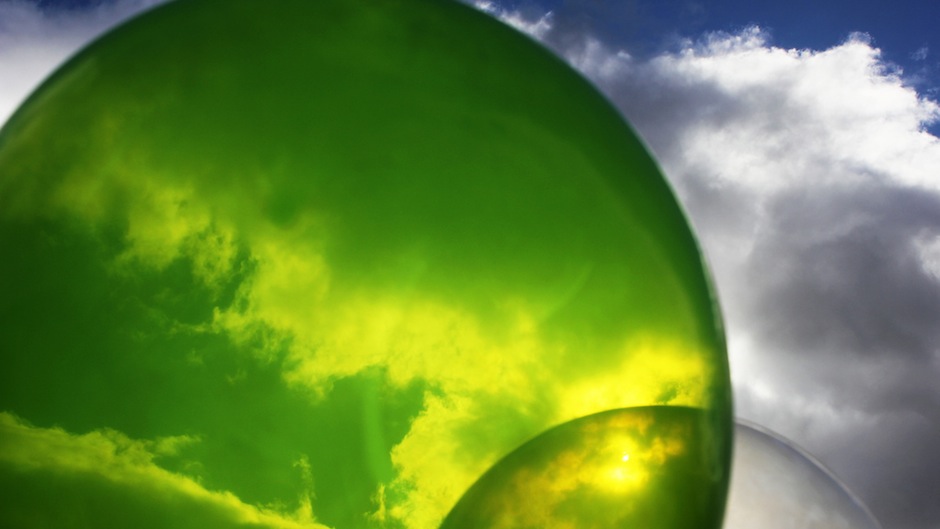 Some people object to the concept of ‘natural capital’ because they say it reduces nature to the status of a commodity to be marketed at its exchange value. This indeed is a danger, well discussed by George Monbiot. Monbiot’s criticism rightly focuses on the monetary pricing of natural capital. But it is worth clarifying that the word ‘capital’ in its original non-monetary sense means ‘a stock or fund that yields a flow of useful goods or services into the future’. The word ‘capital’ derives from ‘capita’ meaning ‘heads’, referring to heads of cattle in a herd. The herd is the capital stock; the sustainable annual increase in the herd is the flow of useful goods or ‘income’ yielded by the capital stock — all in physical, not monetary, terms. The same physical definition of natural capital applies to a forest that gives a sustainable yield of cut timber, or a fish population that yields a sustainable catch. This use of the term ‘natural capital’ is based on the relations of physical stocks and flows, and is independent of prices and monetary valuation. Its main use has been to call attention to and oppose the unsustainable drawdown of natural capital that is falsely counted as income.

Big problems certainly arise when we consider natural capital as expressible as a sum of money (financial capital), and then take money in the bank growing at the interest rate as the standard by which to judge whether the value of natural capital is growing fast enough, and then, following the rules of present value maximization, liquidate populations growing slower than the interest rate and replace them with faster growing ones. This is not how the ecosystem works. Money is fungible, natural stocks are not; money has no physical dimension, natural populations do. Exchanges of matter and energy among parts of the ecosystem have an objective ecological basis. They are not governed by prices based on subjective human preferences in the market.

Furthermore, money in the bank is a stock that yields a flow of new money (interest) all by itself without diminishing itself, and without the aid of other flows. Can a herd of cattle yield a flow of additional cattle all by itself, and without diminishing itself? Certainly not. The existing stock of cattle transforms a resource flow of grass and water into new cattle faster than old cattle die. And the grass requires sunlight, soil, air, and more water. Like cattle, capital transforms resource flows into products and wastes, obeying the laws of thermodynamics. Capital is not a magic substance that grows by creating something out of nothing.

While the environmentalist’s objections to monetary valuation of natural capital are sound and important, it is also true that physical stock-flow (capital-income) relations are important in both ecology and economics. Parallel concepts in economics and ecology aid the understanding and proper integration of the two realities — if their similarities are not pushed too far!

Big problems certainly arise when we consider natural capital as expressible as a sum of money… Money is fungible, natural stocks are not; money has no physical dimension, natural populations do.

The biggest mistake in integrating economics and ecology is confusion about which is the Part and which is the Whole. Consider the following official statement, also cited by Monbiot:

“As the White Paper rightly emphasized, the environment is part of the economy and needs to be properly integrated into it so that growth opportunities will not be missed.” — Dieter Helm, Chairman of the Natural Capital Committee, The State of Natural Capital: Restoring our Natural Assets, Second report to the Economic Affairs Committee, UK, 2014.

If the Chairman of the UK Natural Capital Committee gets it exactly backwards, then probably others do too. The environment, the finite ecosphere, is the Whole and the economic subsystem is a Part — a completely dependent part. It is the economy that needs to be properly integrated into the ecosphere so that its limits on the growth of the subsystem will not be missed. Given this fundamental misconception, it is not hard to understand how other errors follow, and how some economists, imagining that the ecosphere is part of the economy, get confused about valuation of natural capital.

In economics, ‘income’ is by definition the maximum amount that can be consumed this year without reducing the capacity to produce the same amount next year. In other words, income is by definition sustainable, and the whole reason for income accounting is to avoid impoverishment by inadvertent consumption of capital. This prudential rule, although a big improvement over present practice, is still anthropocentric in that it considers nature in terms only of its instrumental value to humans. Without denying the obvious instrumental value of nature to humans, many of us consider nature to also have intrinsic value, based partly on the enjoyment by other species of their own sentient lives. Even if the sentient experience of other species is quite reasonably considered less intrinsically valuable than that of humans, it is not zero. Therefore we have a reason to keep the scale of human takeover even below that indicated by maximization of instrumental value to humans. On the basis of intrinsic value alone, one may argue that the more humans the better  — as long as we are not all alive at the same time! Maximizing cumulative lives ever to be lived with sufficient wealth for a good (not luxurious) life is very different from, and inconsistent with, maximizing simultaneous lives.

In addition, speaking for myself, and I expect many others, there is a deeper consideration. I cannot reasonably conceive (pace neo-Darwinist materialists) that our marvelous world is merely the random product of multiplying infinitesimal probabilities by infinitely many trials. That is like claiming that Hamlet was written by infinitely many monkeys, banging away at infinitely many typewriters. A world embodying mathematical order, a system of evolutionary adaptation, conscious rational thought capable of perceiving this order, and the moral ability to distinguish good from bad, would seem to be more like a creation than a happenstance. As creature-in-charge, whether by designation or default, we humans have the unfulfilled obligation to preserve and respect the capacity of Creation to support life in full. This is a value judgment, a duty based both historically and logically on a traditional theistic worldview. Although nowadays explicitly rejected by materialists, and by some theists who confuse dominion with vandalism, this worldview fortunately still survives as more than a vestigial cultural inheritance.

Whatever one thinks about these deeper issues, the point is that determination of the scale of resource throughput cannot reasonably be based on pseudo prices. But scale does have real consequences for prices. Fixing the scale of the human niche is a price-determining macro decision based on ethical and religious criteria. It is not a price-determined micro decision based on market expression of individual preferences weighted by ability to pay.

However the scale of the macro-limited resource flow is determined, we next face the question of how to ration that amount among competing micro claimants? By prices. So we are back to pricing, but in a very different sense. Prices now are tools for rationing a fixed predetermined flow of resources, and no longer determine the volume of resources taken from nature, nor the physical scale of the economic subsystem. Market prices (modified by taxes or cap-auction-trade) ration resources as an alternative to direct quantitative allocation by central planning. The physical scale of the economy has been limited, and the resulting scarcity rents are captured for the public treasury, permitting elimination of many regressive taxes. Dollars become ration tickets; no longer votes that determine how big the scale of the economy will be relative to the ecosystem. The market no longer conveys the message “we can grow as much as we want as long as we pay the price.” Rather the new message is, “there is only so much to go around, and dollars are your ration ticket for a part of the fixed quota, not a vote that can be cast for growth.” Equitable distribution of dollar incomes (ration tickets) will then be seen as the serious matter that it is, to be solved by sharing, not evaded by growth, especially not by uneconomic growth.

Unfortunately, the more common approach in economics has been to try somehow to calculate that price that internalizes sustainability and impose it via taxes. The right price, given the demand curve, will result in the corresponding right quantity. However, there is a two-fold problem: first, methods of calculating the “right” price are usually specious (eg, contingent valuation); and second, we don’t really know where the shifting demand curve is, except on the blackboard. In fixing prices, errors in demand estimation result in variations in quantity. In fixing quantity, errors result in variations in price. The ecosystem is sensitive to quantity, not price. It is ecologically safer to let errors in estimation of demand result in price changes rather than quantity changes. This is one advantage of the cap-auction-trade system relative to carbon taxes. Although a great improvement over the present, carbon taxes attempt to ration carbon fuels without having really limited their supply. Nor are the “dollar ration tickets” limited, given the fractional reserve banks’ ability to create money, and the Fed’s policy of issuing more money whenever growth slows down.

A monetary reform to 100% reserve requirements on demand deposits would be a good policy for many reasons, to which we can add, as a necessary supplement to a carbon tax. It would not be necessary as a supplement to cap-auction-trade, but should be adopted for independent reasons. A good symbol should not be allowed to do things that the reality it symbolizes cannot do. One hundred percent reserves would require the symbol of money to behave more like real wealth, at least in some important ways. But this is another story.

This article first appeared on the Daly News.

Use and Abuse of the ‘Natural Capital’ Concept by Herman Daly is licensed under a Creative Commons Attribution-NonCommercial-NoDerivatives 4.0 International License.
Permissions beyond the scope of this license may be available at The Center for the Advancement of the Steady State Economy.

Herman Daly is a professor emeritus at the University of Maryland, School of Public Policy. From 1988 to 1994 he was a senior economist at the World Bank. Prior to that he was a professor of economics at Louisiana State University. He holds a B.A. from Rice University and a Ph.D. from Vanderbilt University. He co-founded the journal Ecological Economics. He has written many articles and books, including Steady-State Economics, For the Common Good (with John Cobb), Valuing the Earth, Beyond Growth, Ecological Economics (with Josh Farley), and Ecological Economics and Sustainable Development. Prof. Daly is a recipient of Sweden’s Honorary Right Livelihood Award, the Heineken Prize for Environmental Science, the Leontief Prize, the Medal of the Presidency of the Italian Republic, and the NCSE Lifetime Achievement Award. He writes regularly on the Daly News blog of the The Center for the Advancement of the Steady State Economy.