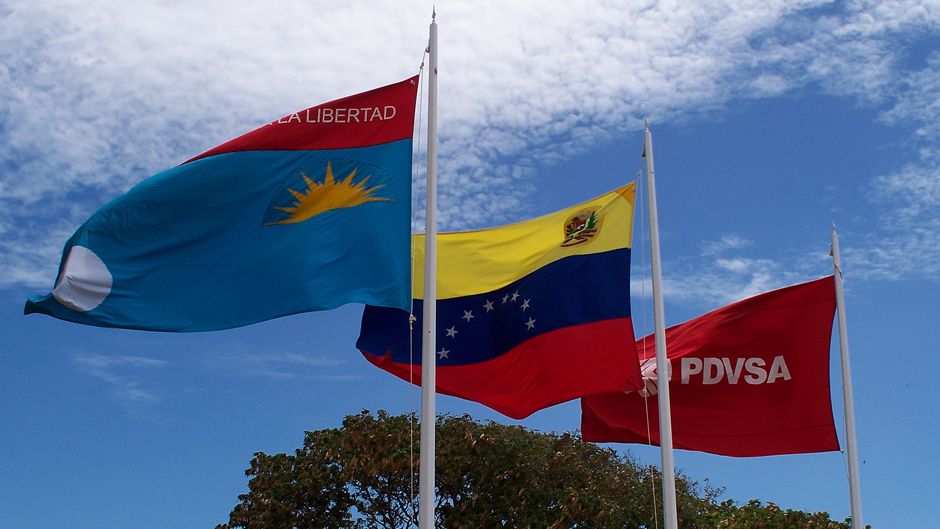 With time and investment, Venezuela could become a major player in the global energy marketplace. With an estimated 298 billion barrels of oil at its disposal, the South American country is endowed with the world’s largest proven oil reserves, eclipsing Saudi Arabia (266 billion barrels), Iran (157 billion barrels) and Russia (80 billion barrels). As a result, Venezuela might soon become the supplier of choice for China and India. Both states are overwhelmingly dependent upon Persian Gulf oil imports and aggressively seeking reliable, independent sources of oil and gas (outside the control or influence of the United States or Russia) to meet their growing energy requirements over the long-term. Germany has also realized that energy security means reducing its dependence on Russian oil and gas imports. Moreover, both Russia and Iran are in the cross-hairs of the US and EU, which have imposed sanctions on these two energy majors denying them access to energy export markets and energy investments and technology. Venezuela, with its enormous untapped oil reserves, is the only country that can serve as a major alternative source of oil for China, India and Germany. Caracas must seize this unique opportunity to spin its black gold into much-needed revenue.

Crisis as catalyst for transformation

Despite its enormous oil reserves, Venezuela has so far been a minor factor in the global energy market. According to the US Energy Information Administration (EIA), Venezuela produced only 2.5 million barrels of oil per day in 2013, of which 1.7 million barrels were for export. By comparison, Saudi Arabia produced 11.6 million barrels per day with Russia coming in at10.5 million. Moreover, not only is Venezuela currently a lightweight in terms of oil export (Saudi Arabia, for example, exports 8.7 million barrels per day), its traditional export market in the United States is fast disappearing. Thanks to a veritable revolution in shale oil and gas production, the United States is on the verge of becoming energy self-sufficient and is likely to become an oil and gas exporter in the near future. Consequently, if Caracas wants to ensure Venezuela’s long-term economic future, then it must seek alternative export markets.

Amidst this tectonic shift in the sources of energy demand, Venezuela is also facing an economic crisis triggered by the precipitous collapse in oil prices. The price of a barrel of oil plunged from $111.80 in June 2014 to $62.34 in December 2014, with further declines expected this year. According to World Bank figures, oil exports account for 96 percent of Venezuela’s total export revenues, with the majority of these directly funding the Maduro government’s spending plans. Indeed, on 13 January, Moody’s slashed the rating on external Venezuela Government bonds from Caa3 to Caa1, and downgraded the country’s outlook from stable to negative. The rating agency’s assessment is that in the event of default, investors are likely to lose more than 50 percent of the face value of the bonds. The benchmark dollar denominated Venezuela Government Bonds due 2027 have recently been trading at about 40 cents on the dollar, representing a discount of 60 percent. Clearly, the markets are anticipating a Venezuelan default.

Yet, if Caracas is to seek new energy partners, the Venezuelan government must convince its political base that it is not giving away the national patrimony or compromising the spirit of Chavisimo. While economic necessity is a powerful argument, it is not sufficient on its own. Nicolas Maduro, Hugo Chavez’s successor as president of Venezuela, will also have to make the case that economic pragmatism is the next stage in the evolution of Chavisimo. In this respect, the historic decision at the end of last year by the United States and Cuba to pursue rapprochement provides a perfect backdrop to justify a new paradigm that accepts the need for economic modernization and market-oriented liberalization. Caracas might also want to take a leaf out of Mexico’s book after it introduced major energy reforms in August 2014 that allow foreign participation in oil and gas exploration, development and production. Mexico’s decision is particularly significant since it was the first Latin American country to nationalize its oil industry in 1938. Consequently, Venezuela can point to Cuba and Mexico as inspiration for new thinking on how to unlock and monetize the oil wealth that it sits upon.

As things currently stand, the capacity of the Venezuelan government to leverage its oil reserves, expand oil production and serve new markets is virtually non-existent. Consequently, Caracas must find new strategic partners who have a pressing need for energy security and the financial capacity to develop new sources of supply to satisfy their energy requirements. China, India and Germany undoubtedly fit the bill.

Beijing’s economic “Achilles’ heel” is its overwhelming dependence upon energy imports. In 2014, China surpassed the United States as the largest importer of oil and, according to EIA estimates, will rely on oil imports to meet 82 percent of its total oil requirements by 2040. Currently, the bulk of China’s imports come primarily from the Persian Gulf and secondarily from Africa. Both are unstable sources of supply.

Indeed, China has already taken modest steps to establish an energy relationship with Caracas. Since 2007, Beijing has extended $50 billion in long-term loans to be repaid through oil deliveries of 600,000 barrels per day. It also recently agreed to provide Caracas with an additional $20 billion loan. In addition, China is building a refinery in Guandong province in order to process 400,000 barrels of Venezuelan crude oil per day.

Deepening energy ties with Venezuela certainly fits in with Beijing’s strategy of establishing key commodity relationships in Latin America. To assist, the expansion of the Panama Canal will also facilitate the flow of Venezuelan oil along with other Latin American commodities to China. The Chinese-sponsored $50 billion project to build a new canal for Nicaragua must also be regarded as a further sign of Beijing’s strategic commitment to Latin America.

India, however, is even more dependent on oil imports than China. As things currently stand, the country imports 72 percent of its oil requirements, with this figure set to rise to 88 percent over the coming decades. Imports from the perennially unstable Persian Gulf currently meet about half of India’s total oil requirements — a statistic that New Delhi would like to change. As a result, New Delhi has taken initial steps to establish a long-term energy relationship with Venezuela. Currently, India imports 400,000 barrels per day of Venezuelan crude oil under a 15-year contract, and has existing refinery capacity to process significantly more volumes of Venezuelan oil. New Delhi is, therefore, starting to signal that it has both the will and the capacity to become a major strategic partner of Venezuela.

We should also expect Germany — the economic engine of Europe — to follow suit. Beginning in the mid-1960s, and as part of its strategy of “Neue Ostpolitik” to promote détente with the Soviet Union (and then Russia), (West) Germany cemented a crucial interdependence between the two countries: energy security for Germany in return for economic security for Russia. As a result of these arrangements, in 2013 Germany relied on Russian energy imports to satisfy 39 percent of its oil requirements and 36 percent of its natural gas needs. However, Moscow’s semi-covert support for ethnic Russian insurgents in Eastern Ukraine and follow-on Western sanctions serve to reinforce that Russia and the West are on a glide path to a new Cold War. In this context, it is imperative that Berlin minimizes its reliance on Russian energy imports. Venezuela might become an ideal alternative source of oil supplies.

It’s now up to Venezuela to craft what should be a three dimensional energy strategy that ensures its economic security. First, Caracas must invite Beijing, New Delhi and Berlin to form strategic energy partnerships based on a simple bargain- economic security for Venezuela in return for energy security for its partners. Second, Venezuela must open up its energy sector to consortia led by companies from these countries so that they could have up to 100 percent ownership of energy projects. In this context, it should be noted that Venezuela’s Hydrocarbons Law (1999) already allows for 100 percent foreign ownership with respect to projects for certain natural gas fields (representing about 10 percent of total proved gas reserves). This law could be adapted to open up oil and gas fields to consortia from these three countries (10 percent of proved oil reserves would amount to 30 billion barrels).

Finally, in order to jump start these energy partnerships while simultaneously helping to eliminate the large overhang of dollar denominated government external debt, Caracas should design a debt to equity conversion program modeled along the lines of Chile’s highly successful program of the 1980s. Such a program would enable prospective strategic partners to purchase existing and deeply discounted dollar denominated Venezuelan government bonds in the international capital markets, and use them as part payment to the government for interests in Venezuelan oil and gas fields.

The knocking on Venezuela’s door represents both doom and boom. Failure to open the door will leave the country in dire straits and expose it to even more social and political strife. If Venezuela opens the door, however, it might unleash economic prosperity as it morphs into an energy giant.

Venezuela: the Emerging Energy Giant by Samir Tata is licensed under a Creative Commons Attribution-NonCommercial-NoDerivatives 4.0 International License.
Permissions beyond the scope of this license may be available at The International Relations and Security Network.

Samir Tata is a foreign policy analyst. He previously served as an intelligence analyst with the National-Geospatial Intelligence Agency, a staff assistant to Senator Dianne Feinstein and a researcher with Middle East Institute, Atlantic Council and National Defense University.