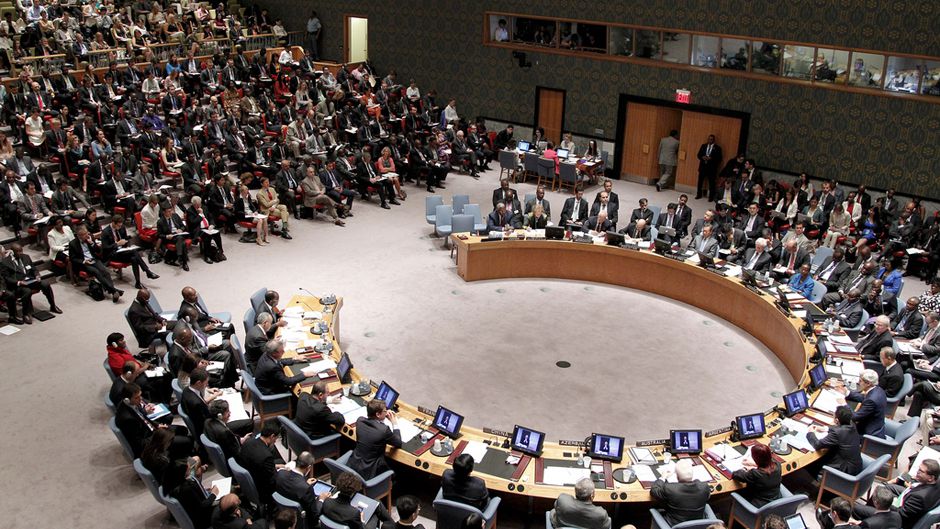 This is the fourth article in a series aimed at providing an understanding of the UN Security Council in which UNU alumnus Peter Nadin gives us a look at the origins, instruments and perceived flaws of this premier forum in international politics. See a full list of associated stories in the Related Articles section at the end of this page.

In the previous article in this series, I argued that would-be reformers of the UN Security Council should learn from the current impasse by creating a more flexible membership basis — i.e., no new permanent members — in an effort to future-proof the Council. I explained that affording a few countries permanency is a relatively unsophisticated solution to the question of reform, with reform being fundamentally about delivering a significant lift in Council performance.

Reform does not start and begin with expansion of the Council and the addition of new categories of membership and/or additional permanent members. A host of working method reforms should also be considered. This article explores a few of the options.

Each and every member state of the UN signed onto the Charter. In doing so, they tacitly accepted the inequality embedded in the design of the Security Council. A chorus of voices led by H.V. Evatt of Australia railed against the veto at the founding conference of the United Nations in San Francisco. Yet, for the Security Council, instituting a veto was one way of insuring the participation of all the Great Powers. And so the world was presented with a stark choice at San Francisco in 1945 between ‘an organization with great power privilege’ and ‘no organization at all’.

Seventy years on and the abolition of the veto remains a flight of fantasy. Limitations on the veto are also unlikely. France and a coalition of states have continued to lobby for the introduction of reforms aimed at necessitating a refrain from the use of a veto to block Council action in situations of mass crimes and genocide (or the Responsibility to Protect).

Although these suggestions are noble, their enactment is unlikely as the permanent five members on the Security Council (China, France, Russia, the United Kingdom and the United States) will always argue for the retention of their prerogative to veto, without conditions.

The Council’s working methods are based on the ‘Provisional Rules of Procedure’ (1982) and a range of ad-hoc and evolved practices. As reforms to the working methods of the Council are not subject to Charter amendment and domestic ratification, this area of reform seems the most fertile ground for meaningful improvement. A group of 22 countries known as Accountability, Coherence and Transparency (ACT) has coalesced with the intention of bringing forward a suite of working methods reforms.

The increased involvement of major stakeholders is a necessary reform, as these stakeholders are the actors most involved in the implementation of Council resolutions.

The most noteworthy suggestions are those relating to the inclusion of non-Council members. Note 507 advocated for the enhanced involvement of non-Council members, their input and the information they receive through the conduct of briefings, meetings, informal consultations and programmes of work. The note also briefly alludes to the participation of major stakeholders in meetings, “in order to foster closer cooperation between the Council and those actors”. The increased involvement of major stakeholders is a necessary reform, as these stakeholders are the actors most involved in the implementation of Council resolutions. Consultations and interactions conducted with Troop and Police Contributing Countries, Regional Organizations and the parties to a conflict need to be assessed.

In recent years, the Council has introduced a range of new meeting formats in an effort to improve both processes and outcomes. The first innovation occurred in 1992, when Diego Arria of Venezuela invited a Bosnian priest to testify to the Council over coffee in the delegates lounge. The Arria Formula sessions were born from this informal setting and allow private individuals, experts and non-government organizations to provide information concerning a matter before the Council. Other formats have also emerged including wrap-up sessions, informal interactive discussion/dialogue, the ‘Kosovo model’, and ‘horizon scanning’ briefings. The Council should continue to inhabit the role of the innovator. The scope of innovation is immense because the Charter provides the Council with a blank canvas in terms of working methods.

Why not include non-Council members on sanctions committees? Ian Johnstone has suggested that including non-Council members in Sanctions Committees might not only reduce the deliberative deficit, and thereby enhance the effectiveness of the Council, but also improve the implementation of sanctions regimes. The subsidiary body format could be radically overhauled using a model adopted by the Peace Building Commission (PBC) known as country-specific configurations. For instance, the 1533 Sanctions Committee concerning the Democratic Republic of Congo (DRC), for instance, might include the DRC itself, as well as neighbouring countries Uganda, Rwanda, Burundi, Tanzania, the Republic of Congo, Zambia, Angola and the Central African Republic, among others.

The inclusion of potentially belligerent or unhelpful member-states on committees might be a necessity in certain cases. Allowing such members access to the committee, but limiting their ability to subvert committee processes would be critical. This would require a change in the voting rules of sanctions committees, which currently work on the basis of unanimity. The strength of positive members should always significantly outweigh the potency of the negative. In the end, the committee may be required to confront these members. It can be argued that including rather than excluding certain member-states on this basis could lend legitimacy to the process.

Another set of practical reform proposals relates to the limited institutionalization of regional organizations. Regionalism of peace and security arrangements was an idea originally hinted at during the preparations for the 1944 Dumbarton Oaks Conference (where representatives of China, the Soviet Union, the United States and the United Kingdom formulated proposals for a world organization that became the basis for the United Nations). Franklin D. Roosevelt was a proponent of the idea. Regional arrangements are contained within a short three-article chapter of the Charter (Chapter VIII). Reforms to address the regional interaction shortfall might be modest, but would deliver more than modest gains. These reforms might begin with the reorganization of the UN regional groups for elections and advance to encompass a suite of more formal arrangements.

Reforms to address the regional interaction shortfall might be modest, but would deliver more than modest gains.

The most logical electoral group reform would alter the membership of both the European groups. The Western Europe and Other (WEOG) should include all 28 European Union (EU) members. Eleven members of the EU are also members of the Eastern Europe UN Electoral Group. In 2006-7, a third of the Security Council was EU — clearly this scenario should not be repeated. A reorganized WEOG (renamed EU+12) would comprise of 28 EU members plus 12 ‘others.’

A more concerted effort should also be made to encourage the participation of sub-regional and regional institutions in Council activities and its deliberations. Since the signing of the Treaty to establish an African Economic Community (‘the Abuja Treaty’), the various African sub-regions have developed their own Regional Economic Communities (RECs), eight of which are recognized by the African Union. Many of these RECs have also extended their purview to include matters of peace and security. The Africa Group already elects members to the Council on the basis of informal sub-regional representation. Any regionalization reforms should formalize sub-regional representation by including a member from each of the main regional economic communities in Africa:

The way in which the Council wields its instruments is key to its effectiveness in maintaining international peace and security. Clearly, more concerted efforts designed to address the Council’s sometimes-deficient use of the instruments of sanctions and peacekeeping might yield a greater level of performance than a mere ‘updating’ of the Council’s membership.

Vision 2020: A Discussion of UN Security Council Reform by Peter Nadin is licensed under a Creative Commons Attribution-NonCommercial-ShareAlike 4.0 International License.