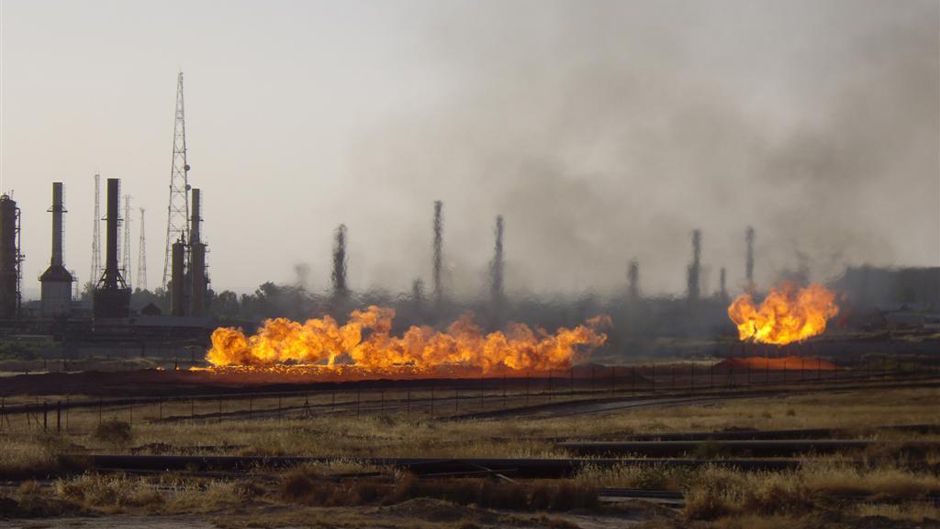 Finally, there is strong evidence to back up a popular conspiracy theory — oil is often the motivating reason that one country interferes in another country’s war. Likewise, the researchers say, third party states may decide not to step into ongoing intrastate conflicts if there is no crude incentive. For example, a lack of oil is “said to be behind the absence of intervention in Syria now and in Rwanda in 1994”, say two of the authors of a new Journal of Conflict Resolution paper.

Civil wars have made up more than 90 percent of all armed conflicts since World War II and, during that period, countries that need oil have found reasons to militarily intervene in countries with a good supply of it, according to the study. In “Oil above Water — Economic Interdependence and Third-party Intervention” the researchers explain how they modelled the decision-making process used by third-party countries to determine whether to interfere in civil wars and examined their economic motives.

In their research, the UK team — Petros Sekeris of University of Portsmouth, Vincenzo Bove from the University of Warwick and Kristian Skrede Gleditsch of the University of Essex — looked at 69 countries that experienced civil conflicts between 1945 and 1999. They found that about two-thirds of these wars saw intervention by another country or outside organization and that the most common reason for this intervention, “over and above historical, geographical or ethnic ties”, was oil.

“We wanted to go beyond conspiracy theories and conduct a careful, nuanced analysis to see whether oil acts as an economic incentive in the decision on whether to intervene in an internal war in another country,” explained Sekeris.

“Military intervention is expensive and risky. No country joins another country’s civil war without balancing the cost against their own strategic interests and what possible benefits there are.

“The results show that outsiders are much more motivated to join a fight if they have a vested financial interest.”

Among the examples highlighted are the United States’ involvement in Angola’s civil war from 1975 to the end of the Cold War and in Guatemala, Indonesia and the Philippines. The authors also point to US support of conservative autocratic states in oil-rich regions. Also cited were the UK’s involvement in Nigeria’s 1967-70 civil war, in contrast to the non-intervention in civil wars in other former colonies with no oil reserves (Sierra Leone and Rhodesia, later Zimbabwe); and the former Soviet Union’s involvement in Indonesia (1958), Nigeria (1967-68) and Iraq (1973).

“The ‘thirst for oil’ is often put forward as a near self-evident explanation behind the intervention in Libya and the absence of intervention in Syria. Many claims are often simplistic but, after a rigorous and systematic analysis, we found that the role of economic incentives emerges as a key factor in intervention,” Vincenzo Bove said.

The team found that a third party country was more likely to intervene if:

Then, at the other end of the spectrum, there are the oil-rich states that don’t do much intervening at all — nations including the Gulf States, Mexico and Indonesia that have no history of military intervention in other countries’ civil wars, despite having well equipped military forces.

“Before the ISIS forces approached the oil-rich Kurdish north of Iraq, ISIS was barely mentioned in the news. But once ISIS got near oil fields, the siege of Kobani in Syria became a headline and the US sent drones to strike ISIS targets,” Bove said.

The enduring record of geopolitical instability in oil producing regions and the likely increase in the global demand for oil means we’ll see more of these interventions in future, Sekaris and Bove predict.

However, there will be some big changes in who is intervening where, they say. With shale gas, the US is becoming less energy dependent, while China’s continued growth will see it needing energy imports more than ever.

“These interventions should in turn lead to stronger economic ties. Research we carried out with Leandro Elia, published in the Review of International Economics, found strong empirical evidence that US troop deployment and military aid provokes an expansion in bilateral trade flows.”

War-for-Oil Conspiracy Theories May Be Right by Carol Smith is licensed under a Creative Commons Attribution-NonCommercial-ShareAlike 4.0 International License.