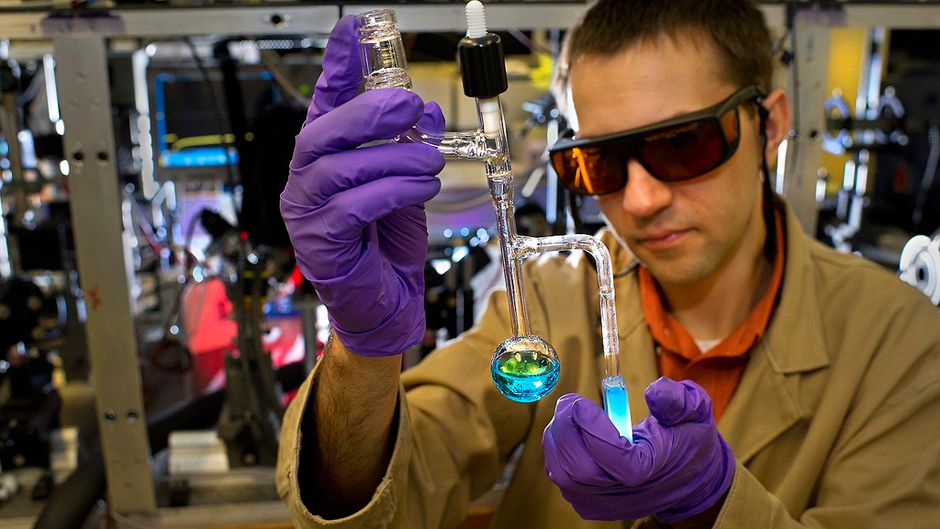 Dutch scientists have thought up a new use for all the carbon dioxide that pours from the chimneys of fossil fuel-burning power stations: harvest it for even more electricity.

They could, they argue, pump the carbon dioxide through water or other liquids and produce a flow of electrons and therefore more electricity. Power-generating stations release 12 billion tonnes of carbon dioxide every year as they burn coal, oil or natural gas; home and commercial heating plants release another 11 billion tonnes.

This would be enough, they argue, to create 1,750 terawatt hours of extra electricity annually: about 400 times the output of the Hoover dam in the US, and all without adding an extra gasp of carbon dioxide into the atmosphere. So the exhaust from one cycle of electricity production could be used immediately to deliver another flow of power to the grid.

They make the claim in a journal called Environmental Science and Technology Letters, which is published by the American Chemical Society, and the claim rests on a 200-year-old technique pioneered by Sir Humphry Davy and Michael Faraday: electrolysis.

Behind the reasoning is a simple proposition, that every chemical event involves some exchange of energy. In a solution, this movement of energy involves electrons, and ions that migrate to cation or anion electrodes. In a mix of two different solutions, the final mixture has an energy content lower than the sum of the two original solutions: since energy cannot be created or destroyed, therefore there must be some energy available for exploitation.

Bert Hamelers of Wetsus, a centre for water excellence in the Netherlands, and colleagues from Wageningen University, report that they used porous electrodes and flushed carbon dioxide into water to get their flow of current: the gas reacted with the water to make carbonic acid, which in the electrolyte became positive hydrogen ions and negative ions of the bicarbonate HCO3. As the pH of the solution gets higher, the bicarbonate becomes a simple carbonate and the higher the CO2 pressure, the greater the increase of ions in the solution.

In their experiment, they found that as they flushed their aqueous electrolyte with air, and alternately with CO2, between their porous electrodes, a supply of electricity began to build up. Since the air that comes from the chimneys of fossil fuel-burning power stations contains anything up to 20% of CO2, even the emissions represent a potential for more power.

They found they could get even more power if instead of a water solution they used an electrolyte of monoethanolamine. In experiments, this delivered an energy density of 4.5 mW a square metre.

The irony is that this electrical energy is already potentially available at the top of the power station chimney, because on release one “solution” of greenhouse gas in air immediately mixes with a different-strength solution in the air all the time.

Nobody of course has a way of harvesting this power directly, but an old-fashioned experiment with electrodes in a laboratory shows that huge quantities of potential power are being lost every day, in unexpected ways.

It would require huge investment — and a great deal of engineering ingenuity — to turn greenhouse emissions into yet more electricity, but such research is a reminder that scientists everywhere are looking for clever new ways to power the planet.

Dan Li, a materials engineer at Monash University in Australia, reports in the journal Science that he and his team have developed a graphene-based supercapacitator that is compact, and can be recharged quickly, but can last as long as a conventional lead-acid battery.

That means it could be used to store renewable energy, power portable electronics or drive electric vehicles. Graphene is a new wonder material, a variant of graphite or carbon organised into layers just one atom thick. “It is almost at the stage of moving from the lab to commercial development”, says Li.

Power from sunlight and water

And in the same journal, a team from the University of Colorado at Boulder in the US report that they have a technique to concentrate sunlight and use it to split water into its components of hydrogen and oxygen: these two in combination provide the energy for hydrogen fuel cells that have already begun to power public transport in many cities.

The Boulder technique employs a towering array of mirrors focused on a single point to heat a metal oxide reactor to 1,350°C and set up a chain of atomic-scale events which grabs oxygen atoms from steam, releasing the hydrogen molecules.

“Splitting water with sunlight is the Holy Grail of a sustainable hydrogen economy”, says Alan Weimer, leader of the Boulder research group. But commercial introduction could be years away. “With the price of natural gas so low, there is no incentive to burn clean energy.”

This article appears courtesy of the Climate News Network.

Waste CO2 could be source of power by Tim Radford is licensed under a Creative Commons Attribution-NonCommercial 3.0 Unported License.