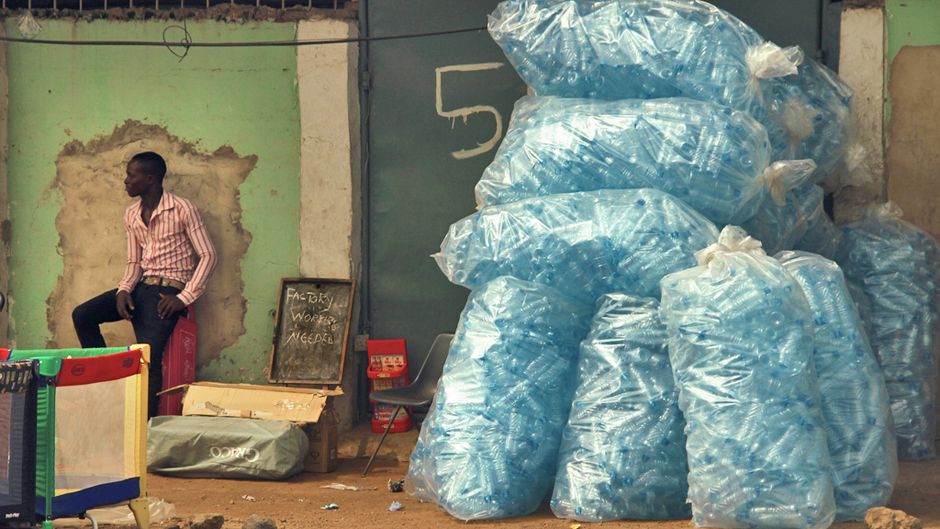 Jimmy Orogobeni, now 25, has been waiting all his life for safe clean water in his Lagos home. In 1999, the World Bank’s International Finance Corporation (IFC) proposed a vast expansion of the city’s water supply, raising real hope that a British or French company would lay pipes to the sprawling Ajegunle slum.

The IFC plan was rejected as “appalling” by the head of the Lagos Water Corporation, who said it was unworkable and too expensive for the city. But in the following years, donor governments, banks and a succession of European and American business consortia all went to Africa’s largest metropolis with plans to take water to people such as Orogobeni.

Like the IFC, most proposed awarding a single giant water company a long concession in return for providing technical expertise and millions of water connections.

But the companies, banks and donors all left, unable to agree with the federal or local authorities how to satisfy corporate demands, raise the billions of pounds inevitably needed, and convince the Nigerian public that international companies would fulfil their contracts and not make unreasonable profits from the sale of what was widely seen as a public resource.

For Orogobeni, his family, and more than 15 million other Lagosians, the impasse means continuing to pay local water suppliers a hefty premium for unsafe water. 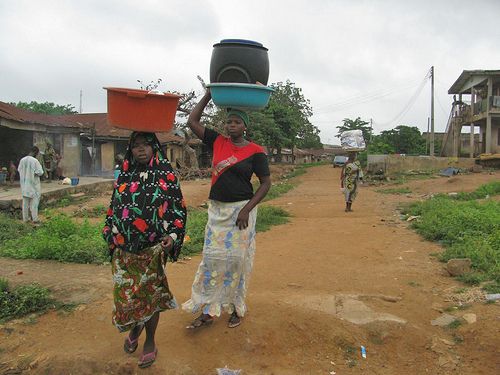 About 80% of Lagos’s piped water supplies are thought to be stolen, only 5% of people receive it in their houses, taps are often dry, sanitation is non-existent across much of the metropolis and the hospitals are full of people suffering diarrheal and other water-borne diseases. All that has changed since the IFC’s abortive 1999 plan is that the demand for water has grown due to the arrival of millions more people in the city.

The latest organisation to have failed to negotiate a Lagos water agreement is the IFC — again. The private arm of the World Bank, which has lent more than $75 billion for water and sanitation projects around the world since 1995, has been in secret talks for more than a year with the city’s private water company about funding another possible private-public partnership (PPP) scheme. But this week it categorically stated that negotiations had broken down and were unlikely to resume for years.

“Contrary to recent reports, IFC has not signed any agreement with the Lagos Water Corporation (LWC),” said an IFC statement. “LWC expressed interest in working with IFC and we had a number of discussions on how we might be able to assist the company. In the end, IFC decided not to advise LWC. We continue to support the government and people of Nigeria in achieving their development goals.”

A spokesman added: “It is unequivocal. We did talk to Lagos for about 18 months and we have now decided not to continue these discussions.”

Where near-universal access to water has been achieved, it has virtually always been through a public commitment.

The rebuff is a blow to the IFC, which has long been the world’s largest funder of global water projects, providing advice for governments and loans for companies to take over and invest in under-resourced water and sanitation systems in developing countries, often as part of a broader set of privatisation policies. According to the IFC’s data, it completed 847 water projects between 1993 and 2013, nearly half of which were in Latin America.

But water privatisation has been politically hot since Britain became the first and only country to sell off its entire water industry in the 1980s. Many IFC projects have been opposed by coalitions of political and environmental groups amid fears that market water prices would increase way above what the poorest could pay.

Since the early 2000s, political anger has mounted with the result that far fewer water projects have been proposed, and many fewer people have been connected to clean water than the World Bank and G8 countries might have expected when the the millennium development goals were signed in 2000. According to the latest IFC figures, about 768 million people still lack access to clean drinking water, 2.5 billion people are without safe sanitation and roughly 3.5 million people die annually from water-related diseases.

The tide has turned on privatisation

Research shows that the tide of water privatisation has now turned. Many cities that rushed to sign 20-year or longer concessions with water companies in expectation of clean water at a socially acceptable cost have chosen to terminate agreements and return urban water provision to public control.

A report by the Transnational Institute (TNI), Public Services International Research Unit and the Multinational Observatory suggests that 180 cities and communities in 35 countries, including Buenos Aires, Johannesburg, Paris, Accra, Berlin, La Paz, Maputo and Kuala Lumpur, have all “re-municipalised” their water systems in the past decade. More than 100 of the “returnees” were in the US and France, 14 in Africa and 12 in Latin America. Those in developing countries tended to be bigger cities than those in richer countries.

“Direct experience with common problems of private water management — from lack of infrastructure investments, to tariff hikes to environmental hazards — has persuaded communities and policymakers that the public sector is better placed to provide quality services to citizens and promote the human right to water,” said the report’s author, Satoko Kishimoto, water coordinator with the Transnational Institute in Brussels.

“A growing number of water utilities that have gone through a re-municipalisation process are increasingly ready, along with other institutions, to share experiences and provide practical support. Cooperation between public services is the most efficient way to improve water services and promote the human right to water,” she said.

This week, the IFC said it had no ongoing water concession projects in Africa, and was working on very few in developing countries generally. From a high of 85 major projects in 2007, only 22 were recorded as starting in 2013. Moreover, 63 projects, representing 28% of the IFC’s total water investments over the past 20 years, have failed or are in difficulty, according to the bank.

The World Bank can still fund major projects like Lagos, but it must drop its ideological commitment to privatization.

“In the last five years the failure rate of water and sewerage privatisations has increased to 34%, compared with a failure rate of just 6% for energy, 3% for telecommunications and 7% for transportation, during the same period,” said Anna Lappé, director of the Small Planet Institute. 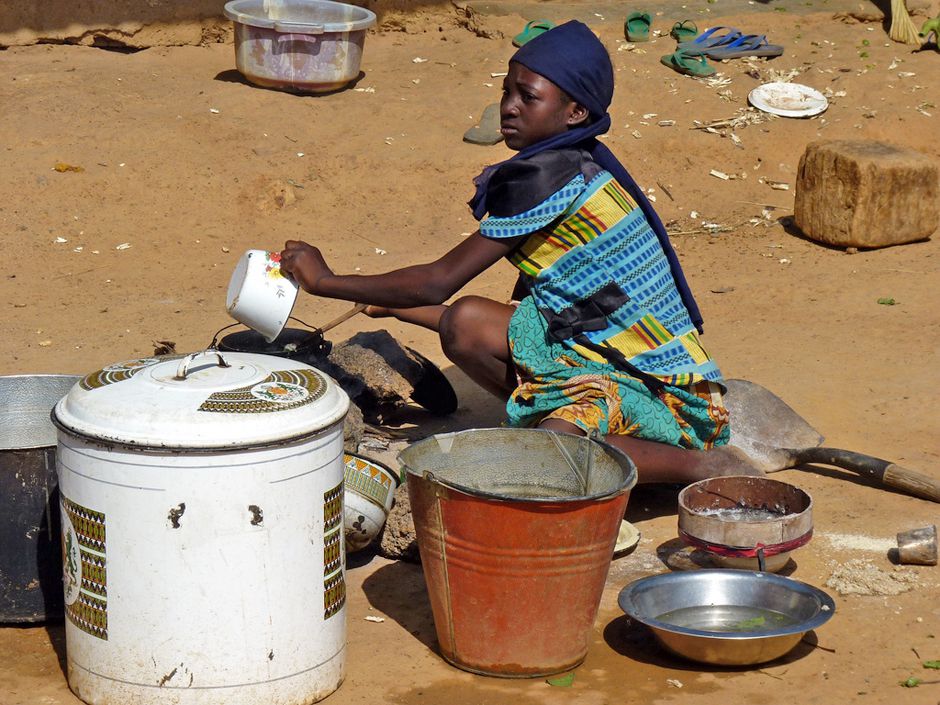 With the IFC also reporting that nearly 40% of all its complaints in 2013 were about water, even though water projects are a small fraction of what it funds, the organisation has been put on the back foot. But it insists that cities and governments are learning from one another’s experiences and that failure happens mostly when water projects are not set up properly.

“Properly structured PPPs [public-private partnerships] can play a key role in addressing the global water issues of today. Long-term evaluations of its projects prove that concessions can have a positive impact on levels of access and quality of services for the population,” said a spokesman.

But this is disputed by some water activists. “It is clear that PPPs in the water sector boost corporate profits at the expense of people. Privatisation, including PPPs, just doesn’t work. Where near-universal access to water has been achieved, it has virtually always been through a public commitment to build and maintain infrastructure, which represents 75% of the cost of delivering water to residents. It invariably results in raised prices, water shutoffs for those unable to pay and drastic workforce reductions, says Corporate Accountability International’s water senior organiser, Nathaniel Meyer.

“Public officials often claim that due to government budget constraints they are being forced to pursue ‘partnerships’ with the private sector. But this justification is dangerously misleading, since the private sector consistently relies on the government or taxpayers to fund infrastructure, while extracting a profit, the margin of which can even be guaranteed in concession contracts,” he said.

The jury is out on whether privatisation is a worldwide failure, with academics citing cities like Guayaquil in Ecuador, Bucharest in Romania, and some in Colombia, Morocco and Senegal as successes. Opponents say privatisation in Bolivia, Tanzania, Indonesia and in parts of Europe has failed.

But both “sides” point to cities like Manila, where the IFC designed a 25-year, $2.7 billion concession in 1997, giving it part-ownership alongside other companies. The IFC claims the project is a success story because it has provided an extra 1.7 million people with clean water, reduced diarrhoea cases by 51%, and offered customers significant savings: 20 times less than per-cubic-metre rates previously charged by water vendors.

But others claim that Manila’s water privatisation has led to continual price hikes, legal challenges, investigations, failures to provide certain districts with water, and has given the companies unfair returns for their work. Last week the price of water was set to rise nearly 10% in many districts.

Back in Lagos, the IFC’s second failure to negotiate a PPP project with the city could finally persuade the government to explore alternatives known as a “public-public partnership”. These involve cities partnering with non-profit organisations to keep prices low by taking advantage of the economies of scale and sidestepping many of the legal and corporate hurdles that accompany PPPs. That way, says Kishimoto, public water projects can be much cheaper, much more accountable and just as efficient as anything promised by privatisation.

Kishimoto also proposed that cities like Lagos partner with others to exchange technologies and experiences. Amsterdam, she says, works with many cities in Morocco, Indonesia and southern Africa to increase water accessibility. “It is easier and cheaper for partnerships to develop, compared with the costly and cumbersome takeover processes used by the private sector.

“It is quite common in Europe for towns and cities to merge their water operations through inter-municipal associations. There is no reason why rich cities should not link with cities in developing countries to provide advice and expertise where needed.”

PUP partnerships have often been seen as threatening by financial markets but their numbers are growing and they have been found to work well in more than 130 cities in 70 countries, including Yokohama. “The goal must be to improve cities’ water supplies. The World Bank can still fund major projects like Lagos, but it must drop its ideological commitment to privatisation. Investment in water supplies is desperately needed and governments must now seek new ways to pay for the improvements needed,” says Kishimoto.

Jimmy Orogobeni, still without water in Ajegunle, would probably agree.