We Interviewed 150 Women Migrants, Revealing How Their Journeys Involve Peril at Every Turn 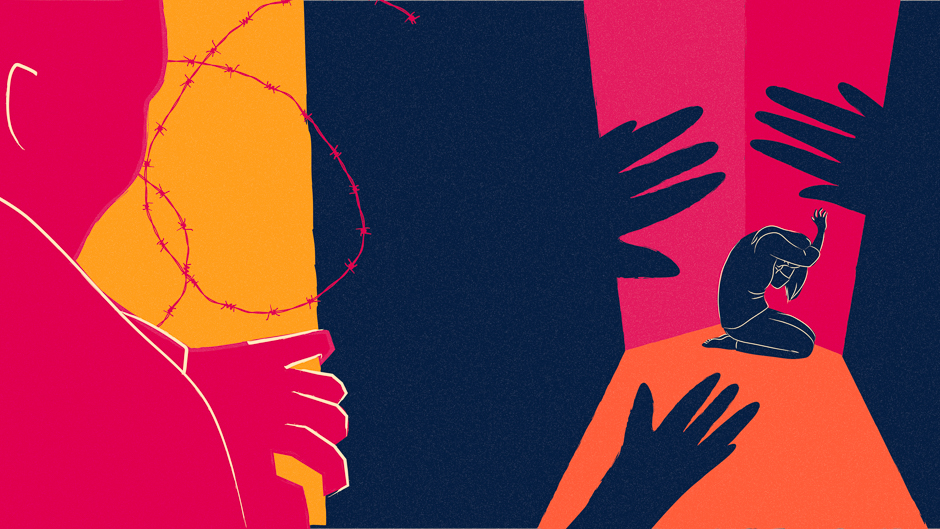 There were seven women and three children among the 27 people who tragically lost their lives in the English Channel this week. Women and children are frequently among those seeking a new life in Europe: as of November 21, this year 27.1% of migrants arriving by sea in the Mediterranean are women or children. The channel presents a final dangerous crossing after what is normally a long, treacherous and often violent journey.

News broke of these recent tragic deaths on the eve of November 25, the international day for the elimination of violence against women. The sad irony is that violence is a common reason why women choose to make dangerous journeys of migration, and often encounter more violence en route and at their destination.

In many cases, women don’t report violence for fear of reprisal or stigma. This not only prevents women from receiving the support they need, but also hinders the collection of accurate data.

This is why myself and seven other experts have come together from the World Universities Network to work on a project looking into women, migration, and their stories of resilience. Between us, we have interviewed approximately 150 women and are now publishing their stories in a collaborative storytelling project.

One of my colleagues, Marina de Regt, has conducted a study on young girls in Ethiopia migrating away from their homes. One reason they migrate is to escape gender-based violence at the hand of their step-parents, aunts or uncles, or to avoid forced marriages. Over 40% of women in Ethiopia are married or in union before the age of 18 years old.

At the age of 13, Selam was given a choice either “to stop school, to get married or to go with her aunt to Khartoum”. She explained:

Girls who were 15 and not married, they were considered as old. Also, there were many girls who were raped at school and became pregnant. My grandparents most likely wanted to protect me in this way. They were afraid that I would get pregnant and then nobody would want to marry me.

Selam chose to migrate to escape child marriage. Even though she was an excellent student, Selam’s family saw school as a risk to her chastity. In Ethiopia, girls are vulnerable to sexual assault even at school. If she had ended up being raped, she would have lost all marriage prospects.

In Ethiopia, arranged marriages are still common in rural areas where girls don’t often make the decision to marry for themselves and are required to marry much older men. Selam faced a narrow range of options: being a child-bride or taking the risk of migration to Sudan.

My own research conducted with my colleague Talitha Dubow examines the journeys of refugees coming to Europe either through the central Mediterranean route via Libya or the eastern Mediterranean route via Turkey and the western Balkans. The women told us that, at several points in this journey, they faced violent abuse by border guards, smugglers, or kidnappers, and faced death from drowning, abuse, or starvation.

Bahar, a young Afghan woman interviewed in Turkey, explained that the UN refugee agency had recently offered her resettlement in the US. But the process would take four to five years and at the time she was receiving threats from her violent ex-husband who had already attacked her family back in Afghanistan.

Bahar was therefore making plans to travel irregularly to the EU because, although she would prefer to take the US option, she was fearful of what her ex-husband would do to her, including potentially kill her and her child, if they stayed in Turkey.

She knew her onwards journey to the EU could also be fatal but, she told us: “I really must take this risk. I don’t have any other choice.”

Even once they reach their destination, migrant women aren’t necessarily free.

Marriage migration — migration for the purpose of marriage — has increased in recent years. This increase has taken place mainly in Asia. For poor Vietnamese women, for example, marriage migration to Taiwan presents an opportunity for a better life.

My colleague Su-Lin Yu has conducted extensive research on Vietnamese women who migrate to Taiwan to marry Taiwanese men. Over 520,000 women have come to Taiwan for marriage since 1997, a significant number for a population of approximately 24 million people.

Su-Lin Yu finds that Vietnamese women are highly vulnerable to multiple forms of violence, including psychological and physical abuse by their husbands and, in some cases, even sexual harassment by other male family members. One interviewee said:

Sometimes he came home around two or three o’clock in the morning and quarrelled with me. He started to beat me around the third month of my pregnancy. He beat me when I was pregnant. My parents-in-law knew it, but they did not help me.

Migrant women are dependent on their husbands. Violent husbands have been found to hold their wives’ passports as a means of control to prevent them from applying for Taiwanese citizenship and to keep them in a cycle of abuse. These women are often isolated, with little recourse to seek assistance. Globally, women are significantly more likely to be killed by intimate partners than men, comprising 82% of victims killed by an intimate partner.

The deaths of 27 people in the Channel, including a pregnant woman and children, is tragic. We must recognise that women migrate to escape violence and potential death everyday, knowingly risking their lives to find places of safety and possible opportunities to live a life with freedom. Too often, their efforts are in vain, and they end of up in situations of further violence or lose their lives trying to find safety and possibility.

We can all help by advocating for female migrants. We need to collectively create spaces of safety for female migrants to be protected, to share their stories, and provide survivor-centred support services. We hope that in sharing some of the stories of the women we have spoken to, awareness of this crisis — and the desire to do something about it — will grow.