We Need an Apartheid-style Boycott to Save the Planet 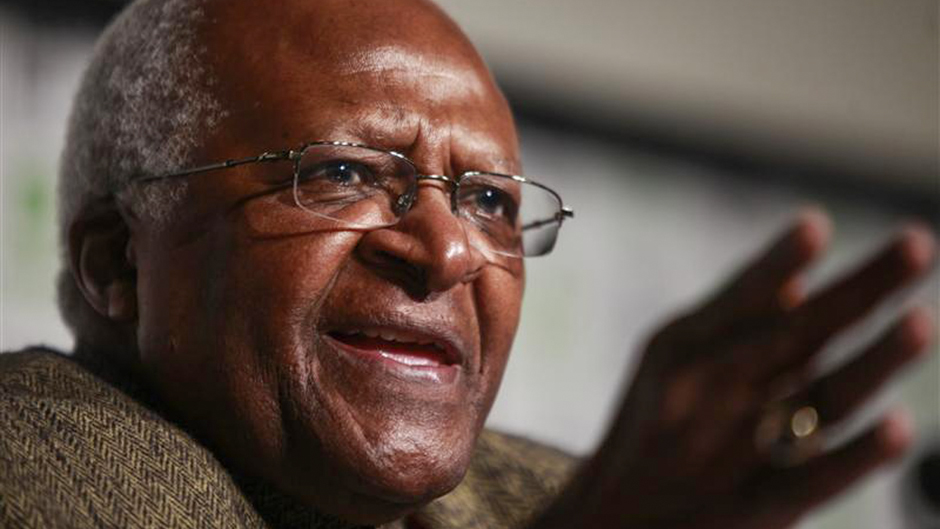 Twenty-five years ago people could be excused for not knowing much, or doing much, about climate change. Today we have no excuse. No more can it be dismissed as science fiction; we are already feeling the effects.

This is why, no matter where you live, it is appalling that the US is debating whether to approve a massive pipeline transporting 830,000 barrels of the world’s dirtiest oil from Canada to the Gulf of Mexico. Producing and transporting this quantity of oil, via the Keystone XL pipeline, could increase Canada’s carbon emissions by over 30 percent.

If the negative impacts of the pipeline would affect only Canada and the US, we could say good luck to them. But it will affect the whole world, our shared world, the only world we have. We don’t have much time.

This week in Berlin, scientists and public representatives have been weighing up radical options for curbing emissions contained in the third report of the UN’s Intergovernmental Panel on Climate Change. The bottom line is that we have 15 years to take the necessary steps. The horse may not have bolted, but it’s well on its way through the stable door.

Who can stop it? Well, we can, you and I. And it is not just that we can stop it, we have a responsibility to do so. It is a responsibility that begins with God commanding the first human inhabitants of the garden of Eden “to till it and keep it“. To keep it; not to abuse it, not to destroy it.

The taste of “success” in our world gone mad is measured in dollars and francs and rupees and yen. Our desire to consume any and everything of perceivable value — to extract every precious stone, every ounce of metal, every drop of oil, every tuna in the ocean, every rhinoceros in the bush — knows no bounds. We live in a world dominated by greed. We have allowed the interests of capital to outweigh the interests of human beings and our Earth.

Throughout my life I have believed that the only just response to injustice is what Mahatma Gandhi termed “passive resistance”. During the anti-apartheid struggle in South Africa, using boycotts, divestment and sanctions, and supported by our friends overseas, we were not only able to apply economic pressure on the unjust state, but also serious moral pressure.

It is clear that those countries and companies primarily responsible for emitting carbon and accelerating climate change are not simply going to give up; they stand to make too much money. They need a whole lot of gentle persuasion from the likes of us. And it need not necessarily involve trading in our cars and buying bicycles!

There are many ways that all of us can fight against climate change: by not wasting energy, for instance. But these individual measures will not make a big enough difference in the available time.

People of conscience need to break their ties with corporations financing the injustice of climate change. We can, for instance, boycott events, sports teams and media programming sponsored by fossil fuel energy companies. We can demand that the advertisements of energy companies carry health warnings. We can encourage more of our universities and municipalities and cultural institutions to cut their ties to the fossil fuel industry. We can organize car-free days and build broader societal awareness. We can ask our religious communities to speak out.

We can actively encourage energy companies to spend more of their resources on the development of sustainable energy products, and we can reward those companies that do so by using their products. We can press our governments to invest in renewable energy and stop subsidizing fossil fuels. Where possible, we can install our own solar panels and water heaters.

We cannot necessarily bankrupt the fossil fuel industry. But we can take steps to reduce its political clout, and hold those who rake in the profits accountable for cleaning up the mess.

And the good news is that we don’t have to start from scratch. Young people across the world have already begun to do something about it. The fossil fuel divestment campaign is the fastest growing corporate campaign of its kind in history.

Last month, the General Synod of the Church of England voted overwhelmingly to review its investment policy in respect of fossil fuel companies, with one bishop referring to climate change as “the great demon of our day”. Already some colleges and pension funds have declared they want their investments to be congruent with their beliefs.

It makes no sense to invest in companies that undermine our future. To serve as custodians of creation is not an empty title; it requires that we act, and with all the urgency this dire situation demands.

Desmond Tutu is Archbishop Emeritus of Cape Town and a Nobel Peace Laureate. He is Chair of the Elders, a group of independent leaders brought together by Nelson Mandela who work for peace, justice and human rights.