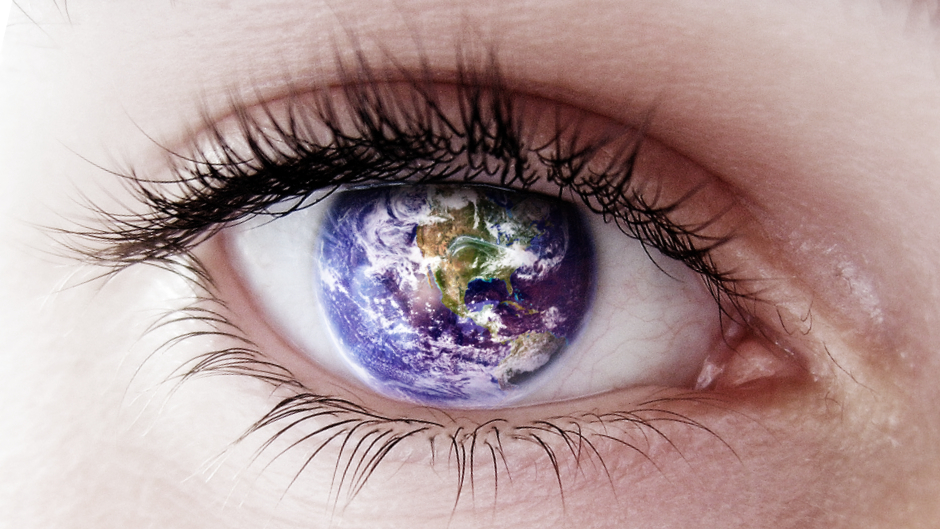 Recently, I’ve noticed some longtime environmental activists verbalizing a new perspective on climate change that some would label as defeatist. Dave Pollard, for example, says this:

“No one is in control. The enemy, if there is one, is not a cabal of elites, but a set of co-dependent collapsing systems that every one of us has a vested interest in trying… to perpetuate — systems we have all helped co-create and are almost all dependent on… The question we must each ask ourselves, I think, is this: If we acknowledge that our systems and hence our civilization cannot be reformed or ‘saved’, what can we do now that will make a real difference, for the future, in our communities and for those we love?”

Or how about this from Wen Stephenson writing in the Nation:

“End the dishonesty, the deception. Stop lying to yourselves, and to your children. Stop pretending that the crisis can be ‘solved,’ that the planet can be ‘saved,’ that business more-or-less as usual — what progressives and environmentalists have been doing for forty-odd years and more — is morally or intellectually tenable.

“Let go of the pretense that environmentalism as we know it — virtuous green consumerism, affluent low-carbon localism, head-in-the-sand conservationism, feel-good greenwashed capitalism — comes anywhere near the radical response our situation requires… The question is not whether we’re going to ‘stop’ global warming, or ‘solve’ the climate crisis; it is whether humanity will act quickly and decisively enough now to save civilization itself — in any form worth saving.”

Isn’t this just giving up or giving in — the pathetic whining of defeatists?

I don’t think so. To me, these new perspectives are utterances of surrender, but also of extraordinary courage.

To explain what I mean, let’s take the standard agenda of those who want to ‘do something’ about climate change. That agenda states that everyone must agree that climate change is happening; understand that the situation is so dire that humanity’s living arrangements must be radically altered; and sacrifice their economic security and industrial profits to significantly reduce carbon emissions.

The problem is that none of these steps will reverse global warming, because more than 30 self-reinforcing feedback loops make this process irreversible. So using activism to end catastrophic climate change, defeat capitalism, and prevent the extinction of species (including our own) is not going to be enough.

Instead, we should ask a different question: are we willing to put love into action even if we ourselves don’t physically survive? If the answer is ‘yes’, then two things are essential. First, bearing witness to the deepening horrors of climate chaos; and second, committing ourselves to compassionate service to all other living beings — since they are going to suffer with us.

By practicing ‘good manners’ toward all species, we can make their demise easier along with ours.

Very often, people who receive a terminal medical diagnosis report that — while the initial announcement was heartbreaking, terrifying, and profoundly unfair — they also experienced a kind of liberation in the process. Learning that they only had a limited time to live altered every aspect of their lives, particularly their decisions about how they wanted to engage with the remainder of their days, and their relationships with other people.

In the same way, accepting the reality of near-term extinction is liberating and agonizing at the same time. It’s liberating because — beyond our own physical survival — something far more meaningful and momentous becomes available to us in the shape of a new form of activism.

Of paramount importance to this new form of activism is how we deal with grief. Conscious grieving is an integral component of the maturity required to balance compassionate action with the discerning acceptance of our predicament.

For hundreds of years, members of the Dagara Tribe in West Africa have practiced grief rituals because they believe that both the Earth and the community need periodic releases of this emotion. Without doing so, they say, the heart becomes hard, which is toxic for the community. Always a collective rather than a private ritual, the Dagara report that grieving together solidifies the community and makes conflict resolution easier. Perhaps more surprisingly, members of the tribe also experience a deepening of joy.

In his book Entering The Healing Ground, Francis Weller shares his conversation with a Dagara woman immediately following a grief ritual, who displayed a radiant smile and seemed to exude joy from every pore. When he asked her how she could be so happy she replied, “I’m so happy because I cry all the time.” Her response echoes the profound words of William Blake: “The deeper the sorrow, the greater the joy.”

Recently, I was personally shaken by the death of my longtime activist colleague and friend, Mike Ruppert. After decades of political struggle and physical health challenges, Mike took his own life on 13 April 2014. Thousands of people attribute their own awakening to our planetary predicament to Mike’s efforts. The legacy he left is enormous, yet everyone close to Mike witnessed the reckless abuse of his body and the emotional wounding which ravaged his psyche, finally leading to his suicide.

Conscious grieving is an integral component of the maturity required to balance compassionate action with the discerning acceptance of our predicament.

As with many activists, Mike was only capable of surrender by terminating his physical life. He had every right to choose that path, but I believe his demise is a cautionary tale against what I call ‘heroic activism.’

Heroic activism is activism in which we do not grieve. It invariably leads to burnout and compromised bodies and psyches. Rather than being self-indulgent, conscious grieving and other forms of self-care are important spiritual practices that honor and protect the bodies and minds required to advance the work that needs to be done to prepare society for the end of life as we know it.

With practices like these, the coming catastrophe does not have to result in widespread fear, panic, dread or hostility. Instead, we should think of ourselves and the Earth as entering a hospice.

Many people who have spent time in hospices report that it has been the most meaningful of their lives. It provided a sacred space in which to reflect deeply on their lives: to evaluate relationships that were enriching; to make amends and restitution with respect to relationships that were difficult and painful; to provide service to others in their hospice environment; and to prepare mindfully and reverently for death.

On a much bigger scale, this is what is needed as a response to climate change. The ‘great dying’ cannot be practiced in isolation. Never before have human beings required loving community to the extent that they do now.

Does this mean giving up and giving in? Not at all. Instead, we must live life as if every act, every task, and every kindness expressed to one’s self and others might be the last. Live and act with gratitude, generosity, compassion, service and an open heart that is willing to be broken over and over again.

It’s time to ask admission to the planetary hospice, and to become hospice workers for the Earth community.

Welcome to the Planetary Hospice by Carolyn Baker is licensed under a Creative Commons Attribution-NonCommercial 4.0 International License.
Permissions beyond the scope of this license may be available at http://www.opendemocracy.net/.

Carolyn Baker, Ph.D. is the author of Collapsing Consciously: Transformative Truths For Turbulent Times and many other books, including the forthcoming Love In The Age Of Ecological Apocalypse: The Relationships We Need To Thrive. Carolyn lives and writes in Boulder, Colorado. Her website is Speaking Truth to Power.