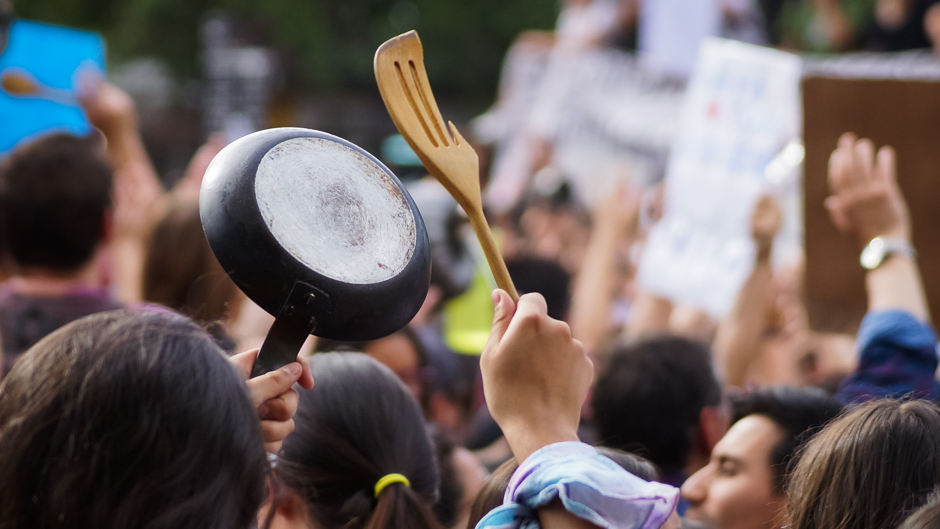 In his presidential address to the Royal Economic Society in 1996, the late Professor Anthony Atkinson famously called for discussion of inequality and income distribution to be brought “in from the cold”. Since then, there have been many examples of inequality worldwide: the pan-banging cacerolazos demonstrators of Argentina’s financial crisis in 2001-2002, the Arab Spring, the Occupy Wall Street movement, Spain’s “los indignados”, the “gilets jaunes” protests and strikes in France, and many others.

It was almost 20 years before the subject became a matter of mainstream debate, perhaps signified by the publication and success of Thomas Piketty’s Capital in 2014. Yet the statistics that show rising inequality are well-known and have been staring us in the face for decades. In the US, the top 1% of the population accounts for 20% of total national income and more than 30% of wealth. Worldwide, around 9% of the population receives 50% of global income, while the bottom half of the world’s population receives a mere 7%.

This inequality has been increasing since the 1980s when a series of social, economic, and political factors — including a shift of employment from factories and manufacturing into services and more differentiated jobs, the weakening of trade unions, more wage competition facilitated by globalisation, and fiscal pressures on welfare systems — combined to sustain rises in inequality not seen since the 1920s.

It is now known that inequality lowers economic growth by reducing middle-class demand and increasing the costs of redistribution. It causes poverty traps by reducing social mobility, and creates social tensions.

The “trickle-down economics” ideology that dominated the 1980s and 1990s (and which has now reappeared in US president Donald Trump’s tax plan) has been well and truly debunked: economic growth does not automatically produce better lives for everyone.

There is widespread agreement among experts that high inequality destabilises societies. Increasing inequality can undermine democracy, trust between social groups and institutions, and even result in substantial changes to the political order. Today, increases in inequality have been accompanied by unprecedented growth of far-right politics, growing protest movements, and the election of governments with nationalistic overtones.

There are steps that could be taken to curtail rising inequality, but not a great deal is being done.

In research drawn from 18 countries across Latin America between 2010 and 2014, we found that those taking part in protests were more likely to be strongly in favour of redistribution, and were motivated by the perceived failure of public services, institutions, corruption, and lower standards of living. But some countries—the US, for example—are tolerant of inequality, as can be seen for example in how the US has a less progressive tax system, less public spending to benefit the poorer off, and limited employment rights in comparison to European countries.

When inequality reaches certain thresholds, it may lead to social conflict and sometimes violence. Whether or not it gets to this stage depends on whether action is taken to reduce inequality. One solution to avoid potential instability is to redistribute wealth through welfare programmes.

About half the reduction in violent conflict experienced in Latin America since the 1990s can be attributed to increases in government welfare spending, largely in the form of cash transfer programmes. Welfare transfers are also an effective (and cheaper) means to mitigating riots than the police—as can be seen looking at data from India between 1960-2011 where states with higher levels of welfare spending experienced less rioting.

The relationship between welfare programmes and socio-political tensions has deep historical roots. Otto von Bismarck initiated the world’s first social insurance programme when he was chancellor of Germany in the late 19th century as a response to the threat of social instability by dissatisfied workers’ unions. The idea of using welfare transfers to curtail potential instability spread rapidly across Europe during the early 20th century, becoming a central part of a social contract between states and citizens.

But welfare spending has been drastically reduced across the world since the 1980s, and it may not be surprising that inequality and social tensions have risen at the same time.

Welfare policies, such as cash transfers to the poor, unemployment benefits, child subsidies, and universal health care — funded by progressive taxation — can break cycles of poverty and social discontent by addressing economic vulnerabilities and reinforcing resilience among those least well-off. More fundamentally, today, as in Europe at the turn of the 20th century, welfare programmes can sustain peace and stability because they remain a central part of the social contract between states and citizens.

When the social contract is seen to be broken, those that lose out feel disenfranchised and at the margin of societies while a few continue to amass great fortunes at the cost of the many. But unchecked rises in inequality come at a high societal cost, from protests and strikes, to the rise of nationalism and autocracy. It may well be high time to bring redistribution in from the cold.