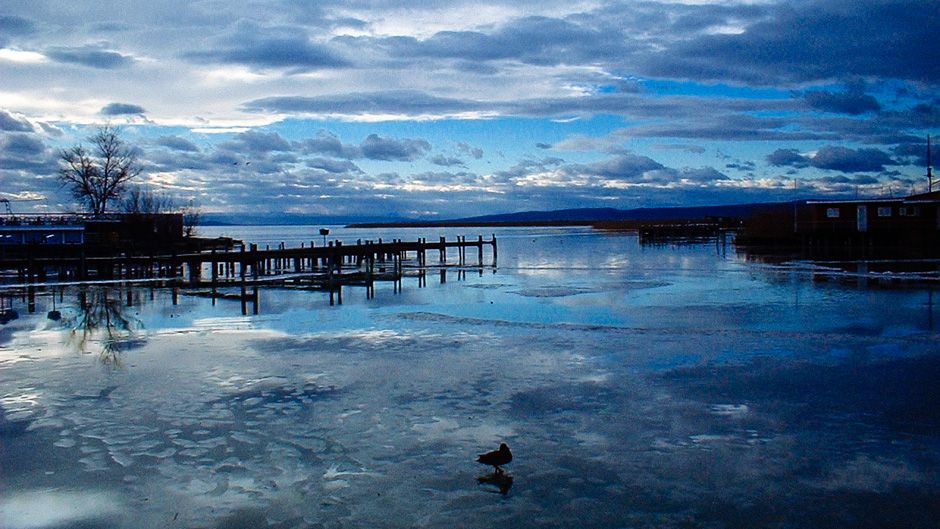 Increasingly important as population growth and climate change are predicted to worsen water access in many areas of the world, the emerging field of environmental diplomacy seeks ways to use conservation to prevent conflict or build peace between countries.

The Convention on Wetlands of International Importance, adopted in the Iranian city of Ramsar in 1971, is the only global environmental treaty that deals with one particular ecosystem. With over 40 years of international wetland conservation work and ratified by 160 countries, it can offer a significant contribution to environmental diplomacy.

Armed with a wide definition of wetlands that includes lakes, rivers and coastal waters, the Ramsar Convention is in a position to help countries build capacity to effectively manage wetlands. Effective agreements like it can contribute to a government’s legitimacy and help to sustain peaceful conditions among its own people and with its neighbours.

As the first treaty to adopt an ecosystem approach to conservation, rather than focusing on the preservation of a single species, the Ramsar Convention led the way for other treaties, including the Convention on Biological Diversity (CBD), to approach conservation as a holistic system. Ecologically coherent wetlands that cross national boundaries are recognized as transboundary wetlands within Ramsar.
There are currently 234 Wetlands of International Importance listed with Ramsar that share borders with two or more countries. At this time, 14 of these areas have become officially recognized transboundary conservation areas with a shared management regime. Specific Ramsar transboundary agreements have commenced in conflict prone areas and include Africa’s first formal transboundary site between Gambia and Senegal that includes the Niumi-Salorim National Park and the Delta de Saloum. A transfrontier wetland exists between Burkina Faso and Mali called the Complexe Kokorou-Namga.

The Convention has been criticised for its limited role of wetland conservation. However, given the state of so many intractable international conflicts, perhaps this limited focus can be an advantage. Countries deadlocked over complex political issues, can unleash their scientists to develop a shared management plan for a water resource/wetland and begin to build trust among themselves that may have a spillover effect into the political arena.

In the past, conservation has often been seen as a source of conflict: for example, disputes over property rights between farmers and national park authorities worldwide. However, international conservation has also evolved with the Convention, in particular, having extensive tools and resources to encourage all stakeholder perspectives, including local communities. Plans often incorporate sustainable economic development, knowing such a pragmatic approach is the basis for long-term successful plans.

In a study we recently completed under the auspices of the Institute for Environmental Diplomacy and Security at the University of Vermont, the 234 transboundary wetlands (a total of 91 countries) were ranked according to the Global Peace Index. The goal of this ranked comparison was to prioritise the wetland sites according to potential opportunities for deliberate use of environmental peace-building in border zones. The Global Peace Index ranks countries according to their relative peacefulness using 23 indicators, such as the number of internal and external wars fought, deaths from war, military expenditures and relations with neighboring countries.

A list emerges of countries that participate in the Ramsar Convention, but are also most at risk of (if not outright experiencing) conflict. In order, the first five countries on this list, with transboundary neighbours in parentheses, are Sudan (Ethiopia), Democratic Republic of the Congo (Angola/Congo and Uganda/Rwanda), Russian Federation (China, Kazakhstan, Mongolia, Estonia), Pakistan (Iran, India) and Israel (Syria, Lebanon). The national profiles of these five countries could not be more different and the focus of environmental diplomacy is also different in each case.

To further analyze the 234 transboundary wetlands, categorisation of the relationship between transboundary countries helps identify the most effective intervention for the Convention.

First, the most difficult situation for the Convention is existing violent conflict between countries that share a wetland ecosystem. Intervention during conflict is not within the treaty’s purview. However, one approach is to be readily available for transboundary environmental management when peace is brokered. Even if ecological factors are not able to directly cause peacebuilding, they may sustain peace that could have been brokered by extant factors.

Specifying a transboundary management plan in a peace agreement has precedence. Another approach would be to seek legal protection of wetlands during wartime through international law. Getting a law passed or some “rules of engagement” agreed upon, and then seeking enforcement is admittedly a difficult task, but one that could be addressed with other international environmental treaties.

The second category addresses territorial or border disputes. If the wetlands are part of the border dispute, a shared management plan that integrates the border can supersede the conflict and the border is no longer the issue. Countries agree to develop what may be called a Peace Park, where the contested border is co-managed for the benefit of both countries and may involve biodiversity protection, wetland conservation, pollution control or sustainable use of natural resources. In 1997, Peru and Ecuador, with mediation help from the United States and Brazil, signed a peace agreement over the Cordillera del Condor region and now work together on a shared bioregional management regime in the area they previously fought over, essentially creating a peace park.

Third, when a dispute has underlying economic challenges such as regional poverty, vast wealth differences between neighbours, and/or the need to develop capacity for more effective governance (usually based on lack of finances), the Convention has developed several tools.  The Convention’s resources can help struggling countries develop the skills and the capacity necessary for effective environmental governance and help ameliorate the power difference between participating countries.

Finally, and perhaps this may be the most important outcome of this work, the Convention has the capacity to operate when countries that share a border are not able to work together based on a historic lack of trust. Given a scientifically oriented focus on developing shared wetland/water resources, perhaps other thornier issues may be set aside, especially given the important ecological and economic role of wetlands.

For example, wetlands can play an important utilitarian role in natural filtration of water sources for human consumption and act as a buffer against calamitous climatic events such as hurricanes. Such ecosystem services provided by wetlands have clearly measureable economic value as well, illustrated by various studies undertaken after the damage assessment of Hurricane Katrina in the US was linked to wetland deterioration in the Mississippi delta.

The longer time horizons to develop a shared knowledge base about such systems aimed at preventing ecological and economic harm are a strong encouragement for parties to work together, whereby trust can be cultivated.

Sudan is the country deemed most at-risk by the Global Peace Index. They share a wetland with Ethiopia within the Dinder National Park in Southeast Sudan. Given the interconnected conflict in the Horn of Africa, exacerbated by weak governance and inequitable distribution of resources, cooperation over a shared management plan across multiple countries may help develop trust as well as capacity.

With these types of relationships in mind, can science-based environmental cooperation missions transcend political rivalries? Evidence suggests this is possible, even when an existing conflict is about something else. Environmental scientists as diplomatic actors may be able to shift dialogue to gathering data and developing a consensual knowledge base about a shared resource. Such work also builds capacity, especially when assisted by the myriad tools and resources of conventions like Ramsar and others.

For example, Israeli and Palestinian scientists are currently working together on shared projects while the political situation could hardly be tenser. Projects range from nanotechnology, congenital heart disease and pesticide disposal. Further study of these transboundary sites for their impact on trust and confidence-building can help reveal their diplomatic effectiveness.

Time to address many environmental problems exists, although it is limited in many cases; hence a more proactive role for Ramsar can be critical, particularly with global concerns about water security, and the vital role of wetlands in hydrological conservation. The overarching task is to keep nations away from the point where water shortages become so extreme that conflict is triggered.

The Ramsar Convention has garnered a degree of trust through its 40-year history. In 1971 the world could not have imagined the nature of today’s environmental problems, especially through the lenses of market globalisation and climate change.  The Convention endures and has evolved with the times. Its key strength is the ecosystem-based approach to conservation and the capacity to address trans-national issues, enabling it to help solve the linked environmental problems between development and security.

This article is based on a detailed report prepared under the auspices of the Institute for Environmental Diplomacy and Security at the University of Vermont (United States). The full report can be downloaded here: The Ramsar Convention: A new window for environmental diplomacy?

Pamela Griffin is a research fellow at the Institute for Environmental Diplomacy and Security, University of Vermont in the United States.

Director, Centre for Social Responsibility in MiningUniversity of Queensland