What Can We Expect at COP27? 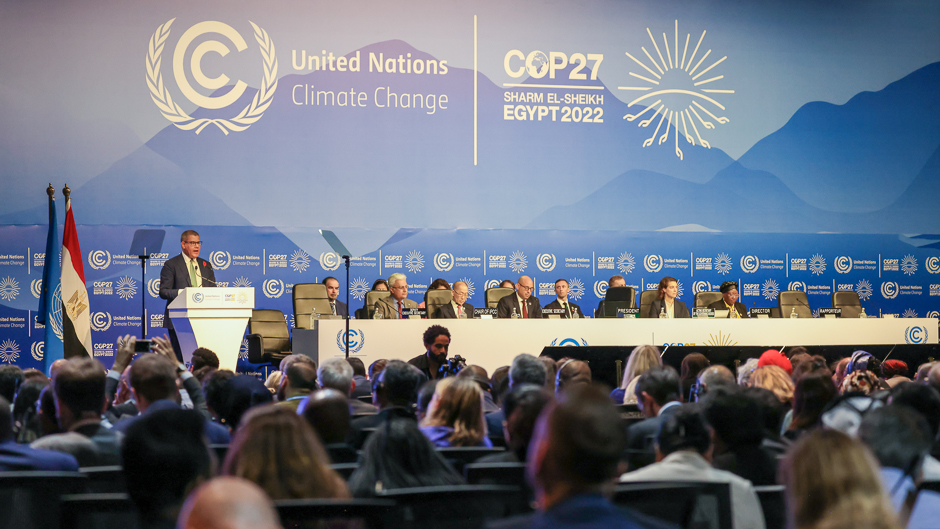 Last year’s United Nations Climate Change Conference in Glasgow (COP26) laid down the basic rules for the implementation of the 2016 Paris Agreement on climate change. At COP26, there was a stronger global response in a number of areas, in an effort to limit global temperature increases to 1.5 degrees Celsius.

This year’s COP27 in Egypt, however, will have to establish clear mechanisms to achieve — and in many cases go beyond — what was agreed in Glasgow. With a developing country holding the presidency, there are high expectations for agreements on key agenda items such as adaptation, loss and damage, finance, capacity building, justice, and climate empowerment. However, wrangling 198 parties that are negotiating for 7.9 billion people is no easy task.

Held hostage by the COVID-19 pandemic, the entire negotiation process took a year to get back on track ahead of the Glasgow conference. But as the United Nations Framework Convention on Climate Change (UNFCCC) Executive Secretary Patricia Espinosa warned, “we don’t have the luxury of time when it comes to the biggest threat to humanity”.

The latest report by the Intergovernmental Panel on Climate Change found that global surface temperatures have increased by 0.8-1.3 degrees Celsius above pre-industrial levels. It warns that further warming will be extremely damaging, causing additional human and natural systems to reach their adaptation limits.

Concerningly, several observers pointed out that the roadmap to achieve global mitigation and adaptation goals remained unclear after Glasgow, and there was a lack of unity on key agenda items.

As such, negotiators at COP27 will have to address the agreement’s ambiguities to restore faith in the negotiation process. But how?

First, while achieving mitigation goals and net-zero targets remains key, adaptation measures will be equally important. For developing countries, the annual cost of adaptation efforts could reach $140-300 billion by 2030. As temperatures rise, so do the costs — undermining the ability of the most vulnerable nations to adapt — so it’s vital the Paris Agreement goals are met.

Even so, negotiators need to emerge from COP27 with a clear roadmap for doubling adaptation finance from 2019 levels by 2025, which was one of the commitments at the Glasgow conference.

There also needs to be progress on enhancing adaptation action, reducing finance gaps, and national adaptation plans, all of which must take into account local contexts in order to ensure a just transition.

Second, in the face of growing climate change impacts, the issue of ‘loss and damage’ remains critical. Between 2000-2019, over 475,000 people lost their lives as a direct result of more than 11,000 extreme weather events globally, with economic losses amounting to around $2.56 trillion. This damage is expected to worsen as global temperatures rise and severe weather events become more frequent. Moreover, evidence has shown that climate impacts disproportionately affect developing countries.

As such, there is growing pressure on major polluters to pay for the loss and damage they caused through their emissions. Prior to COP27, the United Nations Secretary-General Antonio Guterres said, “failure to act on loss and damage will lead to more loss of trust and more climate damage. This is a moral imperative that cannot be ignored and COP27 must be the place for action on loss and damage.”

Progress on loss and damage so far has been mixed, with negotiators in Glasgow failing to reach an agreement on the issue. Instead, a Glasgow Dialogue was launched to discuss arrangements for funding by 2024, though the parties were not able to reach a consensus to include this as an agenda item during the June 2022 inter-sessional meeting in Bonn.

But developing countries are calling for a finance facility for loss and damage to be agreed upon at COP27 and, after significant negotiations over recent days, the issue was added as a formal agenda item to reach conclusions “no later” than 2024. But for meaningful progress to be achieved at this conference, countries must unite to address loss and damage through adequate and fit-for-purpose financing, differentiating it from mitigation, adaptation, and humanitarian aid.

Third, the voices of communities at the forefront of the climate crisis must continue to be heard. The interlinked global crises of climate change and biodiversity loss were recognised at COP26, as well as the central role Indigenous peoples and youth will have in dealing with the future consequences of present failures. COP27 needs to build on this momentum to empower Indigenous people and youth in ongoing climate discussions.

Finally, there are high expectations for stronger commitments on finance. Finance is a cross-cutting issue that flows from mitigation to loss and damage, and the funding gaps have been growing each year.

At COP26, parties noted with “deep regret” that the goal of jointly mobilising $100 billion per year by 2020 had not been met. In fact, between 2013-2020, only 67 per cent on average of committed funds had actually been distributed. At this conference, developed nations must step up and do more to supporting developing countries that need additional financial resources, especially in the form of grants.

What’s clear is that the outcomes of COP27 will have a significant impact on levels of trust in climate negotiations. Without commitments on the full and timely delivery of financial support, as well as meaningful progress on loss and damage, adaptation, and long-term mitigation goals, the trust and goodwill that are critical in this process may well be impossible to restore.

This article was first published by Policy Forum, the Asia-Pacific’s platform for public policy analysis and opinion. It has been republished here under a Creative Commons BY-ND 4.0 International license.

Himangana Gupta is a Research Fellow and Academic Associate at the UNU Institute for the Advanced Study of Sustainability.