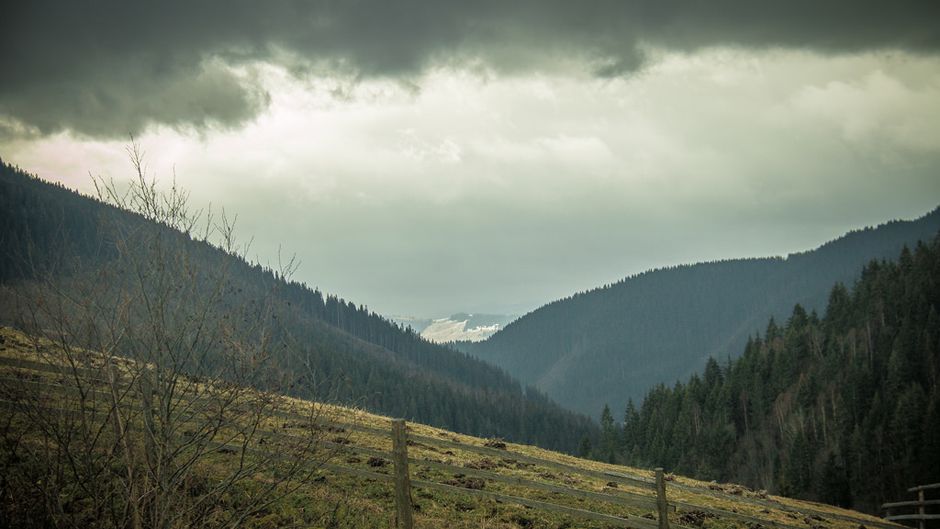 Mostly unreported as the Ukraine conflict captures headlines, international financing has played a significant role in the current situation there.

In late 2013, conflict between pro-European Union (EU) and pro-Russian Ukrainians escalated to violent levels, leading to the departure of President Viktor Yanukovych in February 2014 and prompting the greatest East-West confrontation since the Cold War.

A major factor in the crisis that led to deadly protests and eventually Yanukovych’s removal from office was his rejection of an EU association agreement that would have further opened trade and integrated Ukraine with the European Union. The agreement was tied to a 17 billion dollars loan from the International Monetary Fund (IMF). Instead, Yanukovych chose a Russian aid package worth 15 billion dollars plus a 33 percent discount on Russian natural gas.

The relationship with international financial institutions changed swiftly under the pro-EU government put in place at the end of February 2014 which went for the multi-million dollar IMF package in May 2014.

Announcing a 3.5 billion dollars aid programme on 22 May, World Bank president Jim Yong Kim lauded the Ukrainian authorities for developing a comprehensive programme of reforms, and their commitment to carry it out with support from the World Bank Group. He failed to mention the neo-liberal conditions imposed by the Bank to lend money, including that the government limit its own power by removing restrictions that hinder competition and limiting the role of state control in economic activities.

The stakes around Ukraine’s vast agricultural sector, the world’s third largest exporter of corn and fifth largest exporter of wheat, constitute a critical factor that has been overlooked. With ample fields of fertile black soil that allow for high production volumes of grains, Ukraine is the breadbasket of Europe.

The rush to provide new aid packages to the country with the new government aligned with the neo-liberal agenda was a reward from both institutions.

The East-West competition over Ukraine, however, is about the control of natural resources, including uranium and other minerals, as well as geopolitical issues such as Ukraine’s membership in the North Atlantic Treaty Organization (NATO).

The stakes around Ukraine’s vast agricultural sector, the world’s third largest exporter of corn and fifth largest exporter of wheat, constitute a critical factor that has been overlooked. With ample fields of fertile black soil that allow for high production volumes of grains, Ukraine is the breadbasket of Europe.

Now the goal is to set policies that will benefit Western corporations. Whereas Ukraine does not allow the use of genetically modified organisms (GMOs) in agriculture, Article 404 of the EU agreement, which relates to agriculture, includes a clause that has generally gone unnoticed: both parties will cooperate to extend the use of biotechnologies.

Given the struggle for resources in Ukraine and the influx of foreign investors in the agriculture sector, an important question is whether the results of the programme will benefit Ukraine and its farmers by securing their property rights or pave the way for corporations to more easily access property and land.

By encouraging reforms such as the deregulation of seed and fertiliser markets, the country’s agricultural sector is being forced open to foreign corporations such as Dupont and Monsanto.

The Bank’s activities and its loan and reform programmes in Ukraine seem to be working toward the expansion of large industrial holdings in Ukrainian agriculture owned by foreign entities.

Amid the current turmoil, the World Bank and the IMF are now pushing for more reforms to improve the business climate and increase private investment. In March 2014, the former prime minister ad interim, Arsenij Yatsenyuk, welcomed strict and painful structural reforms as part of the 17 billion dollars IMF loan package, dismissing the need to negotiate any terms.

The loan is also a precondition for the release of further financial support from the European Union and the United States. If fully adopted, the reforms may lead to significant price increases of essential consumer goods, a 47 to 66 percent increase in personal income tax rates, and a 50 percent increase in gas bills. These measures, it is feared, will have a devastating social impact, resulting in a collapse of the standard of living and dramatic increases in poverty.

The experience of structural adjustment programmes around the developing world foretell an increase foreign control of the Ukrainian economy as well as increase poverty and inequality.

Although Ukraine started implementing pro-business reforms under president Yanukovych through the Ukraine Investment Climate Advisory Services Project and by streamlining trade and property transfer procedures, his ambition to mould the country to the World Bank and IMFs standards was not reflected in other realms of policy and his allegiance to Russia eventually led to his removal from office.

Following the installation of a pro-West government, there has been an acceleration of structural adjustment led by the international institutions along with an increase in foreign investment, aimed at further expansion of large-scale acquisitions of agricultural land by foreign companies and further corporatisation of agriculture in the country.

The experience of structural adjustment programmes around the developing world foretells that it will increase foreign control of the Ukrainian economy as well as increase poverty and inequality. As Western powers get ready to impose sanctions on Russia for its transgressions in Ukraine, it remains unclear how programmes and conditionalities imposed by the World Bank will improve the lives of Ukrainians and build a sustainable economic future.

Frédéric Mousseau is Policy Directory of the Oakland Institute where he coordinates the Understanding Land Investment Deals in Africa project. Trained as an economist, Mousseau has worked as a staff member and consultant for international relief agencies for nearly two decades, including Action Against Hunger, Doctors Without Borders, and Oxfam International. He has conducted numerous reviews and studies on food security policies, programs and institutions; and has authored many reports and articles in international media outlets. He is also co-author of the recent report “Walking on the West Side: the World Bank and the IMF in the Ukraine Conflict”.