What Every Country Can Learn From Ecuador 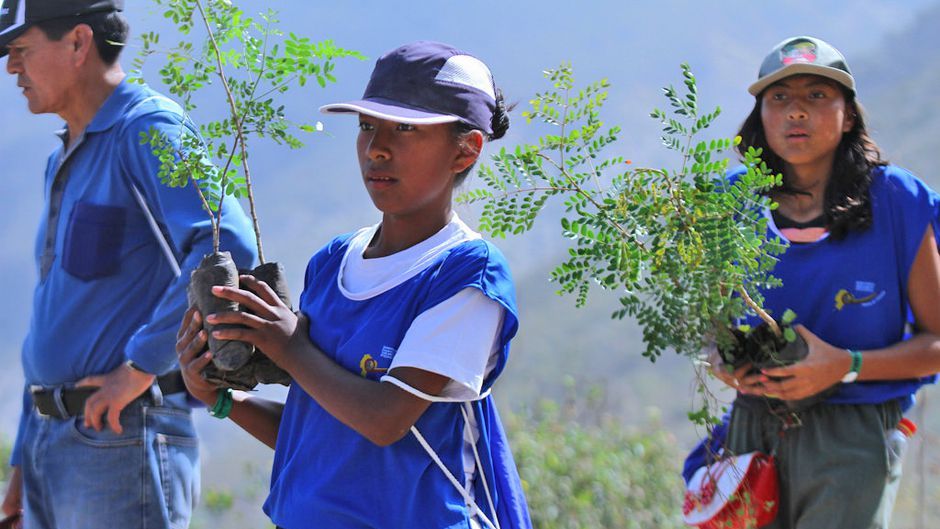 On Saturday, in often sweltering heat, more than 44,000 people in Ecuador reportedly sowed their way into the Guinness Book of World Records by planting 647,250 trees of over 200 species in one day. The effort was organized by the Ecuadoran government under an initiative called “Siembratón” (plant-a-thon).

Ecuador’s record was set based on the number of species of trees planted. “There is no record in history of similar events involving over 150 species,” a Guinness Records adjudicator told AFP.

Rafael Correa, Ecuador’s president, participated by planting a tree in the parish of Pifo, in the capital of Quito. “Today Ecuador is making history again,” he said in a press release. “We are a green country.”

The mass reforestation record vied against other recent efforts around the world. 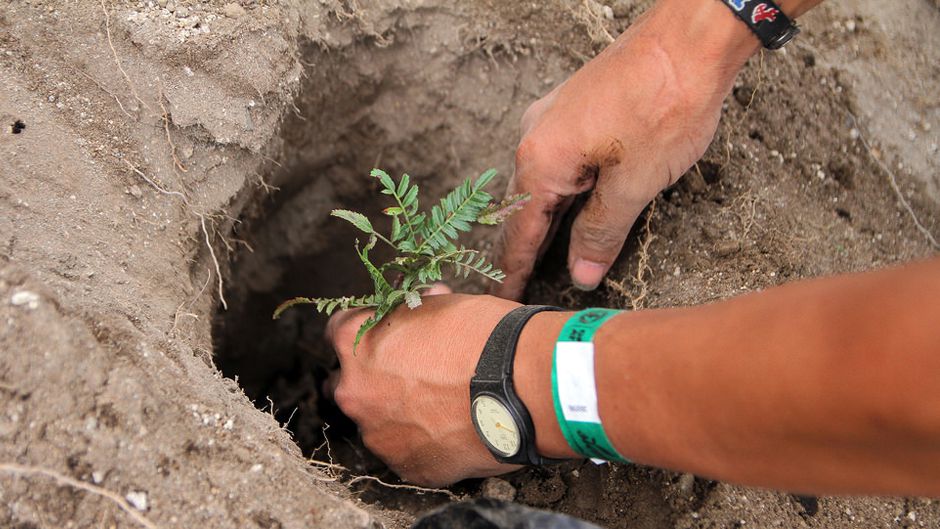 Ricardo Quiroga, a government employee who volunteered as a planter in Catequilla, told the AFP that the record was not set to win a contest, but in the hope that everyone would beat it.

“I want to beat it once a month so the planet will be full of trees in very little time, which is what we need,” he said.

Ecuadoran Environment Minister Lorena Tapia Núñez organized the effort, and announced the news of the broken record to an assembled crowd on Saturday.

A tweet by Lorena Tapia Núñez announcing the Record and thanking participants.

Tapia said earlier in the week that this event was part of a broader effort to reforest 500,000 hectares, which would effectively zero out the country’s current deforestation rate.

Devoted reforestation efforts can mitigate climate change by producing forests that act as terrestrial carbon sinks, trapping carbon dioxide from the atmosphere into tree trunks. On balance, however, it is deforestation that plays a larger role in the global carbon cycle, with annual net losses of forested areas amounting to 5-6 million hectares. Deforestation comprises between six and twelve percent of annual carbon dioxide emissions.

The benefits are not just confined to climate change or forested areas — reforestation can also bring benefits to urban areas by cutting air pollution like ozone which is hazardous to human health.

Slowing tropical deforestation is important, as Pope Francis noted when he called destroying them a “sin.” Amazonian rainforests are being cut down at higher rates following a period of improvement. There may be new hope for the rainforest: a new way of farming cattle is making waves in Brazil (by way of New Zealand) that allows ranchers to leave 80 percent of their land untouched while producing ten times the volume of milk as a typical rancher. And as slaughterhouses sign agreements to ensure their supply chains are zero-deforestation, clear-cutting has been “dramatically” reduced.

Yet some of the worst offenders lie farther north. Canada leads the world in forest degradation, according to data obtained by a mapping tool released last year. Russia has lost a forest the size of Switzerland three years in a row.

Ryan Koronowski is co-editor of Climate Progress. He grew up on the north shore of Massachusetts and graduated from Vassar College with dual degrees in Psychology and Political Science, focusing on foreign policy and social persuasion. Previously, he was the Research Director and Rapid Response Manager at the Climate Reality Project. He has worked on senate and presidential campaigns, predominantly doing political research and rapid response. Ryan is pursuing his M.S. in Energy Policy and Climate at Johns Hopkins.