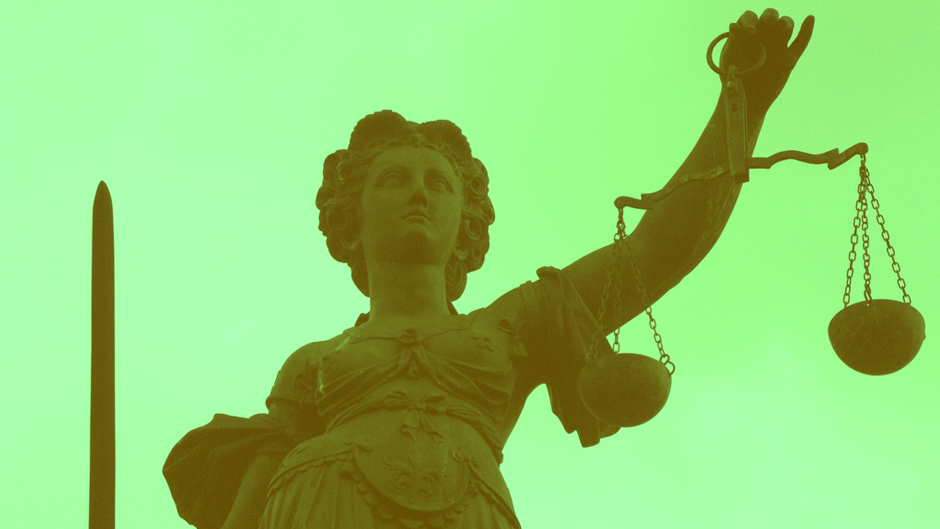 A new publication from the United Nation University (UNU) Press, entitled The Future of International Environmental Law, attempts the demanding task of assessing the effectiveness of existing international environmental law.

In the face of today’s rapidly evolving environmental crises of climate change, biodiversity loss and ocean acidification, such appraisal is important for informing the world’s policy-makers about how they can better develop and enforce multi-lateral governance.

Unfortunately, to date — as editors David Leary from the University of Sydney and Balakrishna Pisupati of the United Nations Environment Programme put it — “despite the proliferations of international environmental agreements, environmental hazards and new environmental challenges have continued to emerge”.

However, the most obvious major contribution of this book is its illustration of the similarity of the challenges across areas of international environmental law. Leary and Pisupati identity three important common dynamics that characterise the ineffectiveness of legal responses to environmental degradation: 1) treaty congestion; 2) failure to recognize interlinkages between environmental issues with other international laws, such as human rights; and, 3) emergence of a kaleidoscopic international legal regime encompassing relationships and interactions among government and non-government.

The complexity of national and international relations has diminished the effectiveness of international environmental law. Such ineffectiveness has been partly blamed on treaty congestion, that is, the sheer volume of international legal instruments that have emerged since the 1972 Stockholm Conference and more recently following the landmark Earth Summit held in Rio de Janeiro in 1992.

Professor Edith Brown Weiss from Georgetown University’s Law Faculty, an award-winning environmental law and policy expert, observes the existence of this treaty congestion “in the form of separate negotiating fora, separate secretariats and funding mechanisms, overlapping provisions and inconsistencies between agreements, and severe demand on local capacity to participate in negotiations, meeting of parties, and associated activities”.

Treaty congestion tends to exhaust limited government resources for addressing difficult issues and can overload bureaucrats at the national level responsible for negotiating and implementing agreements. This is most conspicuously felt by poorly or under-governed developing countries, especially Small Islands Developing States (SIDS), that lack implementation funds and sufficient staff.

Just on the issue of climate change alone, SIDS — often with populations of less than 100,000 people — have to work through many agencies and conventions, such as the Alliance of Small Island States, UN Framework Convention of Climate Change, UN Office of the High representative for the Least Developed Countries, Landlocked Developing Countries and the Small Island Developing States and the UN Department of Economic and Social Affairs.

Add to this the CBD, the UN Convention of the Law of the Sea, Agenda 21, Global Island Partnership, and the Global Program of Action for the Protection of the Marine Environment from Land Based Activities (GPA) and you can visualize how difficult it would be, even for better resourced bureaucracies to resource any travelling and preparations for negotiations.

Resolution of the treaty congestion problem requires more coordination to tie up the various organizational efforts. One example is identified in the book by Ann Power in Chapter 2, which shows that GPA can potentially strengthen regional cooperation through encouragement of existing regional agreements on the protection and preservation of valuable marine resources.

The GPA not only guides states in assessing problems, building and evaluating solutions, it also promotes innovative financial mechanisms to generate the resources SIDS need to adapt to climate phenomena and reduce vulnerability.

The way that international mechanisms deal with issues such as environmental refugees and ecosystem rights reflects their failure to take into account sufficiently the links with other international laws such as human rights law.

“Climate change is already undermining the realization of a broad range of internationally protected human rights, primarily including the rights to water, food, health and property and rights associated with livelihood, culture, migration, resettlement and personal security in the event of conflicts,” according to Chapter 7 co-authors Michael B. Gerrard and Dionysia-Theodora Avgerinpoulou.

The UN Human Rights Council in Resolution 7/23 of 28 March 2008 recognised the particular vulnerability to the adverse effect of climate change of low-lying and small island countries, countries with low-lying coastal, arid and semi-arid areas, and areas liable to floods, drought and desertification.

Litigation, nonetheless, can help to enforce some of the human rights provisions related to climate change issues. For example, Inuit tribes filed a petition against the United States Government with the Inter-American Commission on Human Rights. The petition alleged that the US infringed upon the human rights of the plaintiffs by degrading the Arctic and for its failure to curb greenhouse gas emissions.

Unfortunately the US did not accept the jurisdiction of the tribunal. Instead the petitioners were invited to a public hearing where the issue of joint liability of the states was at least raised. (Details of this case can be found in a 2008 book published by the International Council on Human Rights Policy.)

Gerrard and Avgerinpoulou note that “human rights litigation involving climate change cases has only just started but the trend seems likely to grow. This expanded knowledge seems to be a prerequisite for a human rights based approach to the environment and successful mainstreaming of human rights into environmental law.”

A kaleidoscopic regime and environmental governance

The third common element canvassed through the book is what Brown Weiss refers to as a “kaleidoscopic” international legal system, deriving from a range of non-state actors that are helping to shape world affairs and responses to major global environmental challenges.

More specifically, the kaleidoscopic legal system encompasses “the relationships and interactions among government and non-government structures, procedures and conventions, where power and responsibility are exercised in making environmental decision.”

Nevertheless, Craig and Jeffery emphasize that the costs of failing to include public participation in the long run are much greater than any costs associated with public participation. One example they provide is that of M.C. Mehta, an Indian citizen who filed a suit to save the iconic Taj Mahal from gradual decay from industrial air pollution and neglect.

Thanks to Mehta’s intervention, the Supreme Court of India closed more than 600 offending industries to meet stringent environmental pollution regulations. These and other cases are proof that cooperation among individuals, academics, corporations, and politicians can lead to more effective solutions, but only if pursuant to law.

Overall, there is no doubt that improved international environmental law has an important role to play in safeguarding individuals and society against environmental crises of our own making. 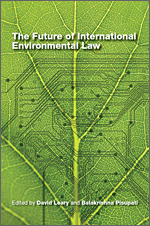 The Future of International Environmental Law published by the United Nations University Press can be purchased online here.

What Future for International Environmental Law? by Saeko Ikeda and Kenji Watanabe is licensed under a Creative Commons Attribution-NonCommercial-ShareAlike 3.0 Unported License.

Kenji Watanabe is a former intern with United Nation University Media Studio in Tokyo. His research focuses on environmental law and intellectual property rights relating to energy technologies. He holds an LL.B. from Nihon University and LL.M. from The George Washington University Law School.