What If the Norwegian Oil Economy Is a Bubble? 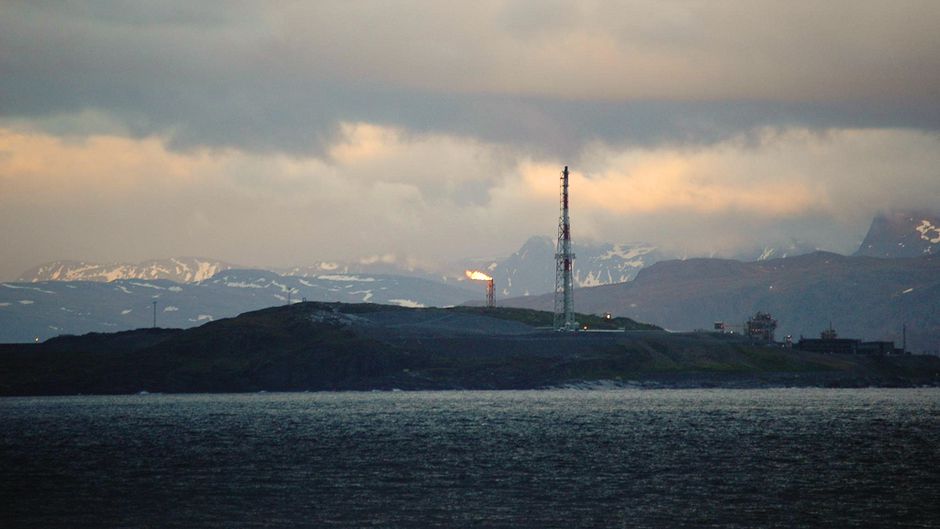 Two hundred and fifty thousand Norwegian jobs depend on oil. These jobs are expensive, require high technical skills and place upward pressures on national salary levels (Norwegian manufacturing wages are 70 percent higher than the EU average). For a small country like Norway, this many oil jobs could be a recipe for financial disaster in the future. One could even suggest that Norway might be heading for Dutch disease: a situation where the manufacturing sector declines due to dependency on resource exploitation — in this case oil.

Even more worrisome is the possibility that the major political parties in Norway seem to have handed over the control of the economy to Statoil. The main prime ministerial candidates in the September 2013 elections raised concerns about uniformity in the Norwegian economy, and mentioned in passing that global warming is the world’s biggest challenge.

However, other than a proposal for tax cuts for non-oil industries, there was no radical change in the direction proposed. The tax cuts could have only limited impacts on the oil industry that sucks up all the skilled workers, creating labour shortages. The unemployment rate is only around 3.5 percent, of which roughly a third is long term. The frictional unemployment (the time period between jobs when a worker is searching for a new position, or transitioning from one job to another) is therefore probably a significant part of this figure.

According to the OECD, the Norwegian economy is projected to expand robustly in 2013 and 2014, mainly due to investments in the petroleum industry as “non-oil exports will remain weak. Strong demand for labour keeps unemployment low and wage growth high”. Also with the aging of the Norwegian population, labour immigration to Norway is at a record high. According to Statistics Norway, the “number of immigrants and Norwegian-born to immigrant parents grew by 55,300 in 2012, which is the highest growth ever. At the beginning of 2013, there were 593,300 immigrants and 117,100 Norwegian-born to immigrant parents in Norway.”

The labour shortage can to some extent be compensated by skilled persons coming from EU countries in economic crises. However, many jobs can only be filled by low-paid, unskilled workers arriving from overseas, establishing a second-rate foreign working class in a process similar to what we can observe in the small oil-exporting countries in the Middle East, like Kuwait and Qatar.

Depending on high oil prices

The Norwegian oil economy needs high oil prices. In this respect, Norway shares interests similar to those of other oil-producing nations. And Norwegian energy ministers are, for example, regular visitors to Saudi Arabia. This dependency on oil exports for wealth creation can result in limited investments in alternative energy sources (although Norway is lucky to be blessed with extensive hydro energy sources, investment in other renewable energy options remains relatively low).

Unfortunately for oil-exporting economies like Norway and Saudi Arabia, oil-importing nations such as Sweden, Finland, Denmark and Germany are systematically working to reduce their oil dependency and demand. Meanwhile oil imports by others like France, Italy and Spain are declining as a result of the recession. Even China is trying to control the pace at which the demand for oil imports grows.

Taking a longer-term view, since oil, gas and coal are non-renewable resources, they will eventually come to an end. The most readily accessible and cheap sources go first. Then more expensive and unconventional sources (like tar sands, shale oil and gas) are next in line. Costs, especially external ones, increase for marginal sources, while profit margins decrease. Oil becomes more expensive, while the alternatives become cheaper. The oil sector is therefore a sunset industry, while renewable energy is a sunrise industry.

Several countries support an effective climate agreement that will increase the price of fossil carbon. If actually implemented, this could result in oil demand declining rapidly and profits falling dramatically. World oil prices are now around US$110 per barrel. What would happen to the Norwegian economy in a situation where oil demand and prices fall? What other creative and productive industries in Norway could support the same high salaries as the oil sector?

It is risky to stand on only one big economic leg while Norwegian companies that could step in are on their way out of the country to places where labour costs are lower. Average hourly salary rates in the main trading partner countries in the EU were US$30 in 2012, while the Norwegian hourly rate was US$61 according to Eurostat. Outsourcing of jobs is inevitable with differences like that, while immigrant labour enters. Hotel and restaurant workers in Norway are now Swedish, construction workers are from Poland and Latvia and taxi drivers are from Pakistan. When the oil adventure ends, most of these workers will leave.

This situation is symptomatic of Dutch disease. But since the economy is doing just fine, what can even the bravest politicians do in circumstances when the patient appears to be well? They have to be really forward-looking and that is not easy in the short-term world of politics. A more responsible policy would be to recognize the vulnerabilities of the contemporary Norwegian economy and reduce the risks, sooner rather than later.

According to a recent World Bank report, unless we take drastic steps to reduce the emission of greenhouse gases, we are “on track to a ‘4°C world’ marked by extreme heat-waves and life-threatening sea level rise”. Since Statoil and other oil companies operating in Norway seem very reluctant to reduce investments in oil exploration in any way, they apparently accept running the risk of contributing to an upcoming global warming of 3–4°C. According to the EU, “in order to have a 50 percent chance of keeping the global mean temperature rise below 2°C relative to pre-industrial levels, atmospheric GHG [greenhouse gas] concentrations must stabilise below 450 ppm (parts per million) CO2 equivalence. Stabilisation below 400 ppm will increase the probability to roughly 66 percent to 90 percent”.

Since Norwegian politicians seem unable to set limits on the oil industry, oil companies do it themselves. Statoil is responsible for their bottom line, not for what is best for Norway. Avoiding two degrees warming now requires a tremendous global effort.

It is not safe to increase the global average temperature by two more degrees. Indeed , the damage will be extensive even with a one degree increase. In addition to more extreme weather events, droughts and floods, more CO2 in the atmosphere means also increasingly acidic oceans.

If we manage to keep the warming below two degrees, one can still hope to avoid dramatic changes. Over two degrees, we will almost certainly reach one or more tipping points. In reality, the Norwegian policy accepts climate changes that will be devastating for future generations. We risk stealing the future from our grandchildren.

Most of the oil must remain underground

Statoil might in theory accept that two-thirds of the world’s known oil reserves should be left underground in order to avoid future climate disasters. They also argue that Norwegian oil production is more environmentally friendly than that of other countries. The production technology is top-notch, with well under 10 kg of CO2 emissions per barrel of oil extracted. But if the environmental argument is essential, Saudi Arabia extracts oil at slightly over 6 kg CO2 per barrel. If Statoil wants to be perceived as more environmentally friendly, they should at least get away from unconventional oil sources such as tar sands in Canada, with up to 100 kg of extra fossil CO2 per barrel of oil extracted emitted into the atmosphere.

However, all that said and done, deep inside we know that extraction of oil is not the main issue. The fuel consumption is. Regardless of origin, every barrel of oil burned means 400 extra kilograms of fossil CO2 is added to the atmosphere. Currently, the world burns nearly 90 million barrels of oil every day. Accumulation of CO2 in the atmosphere has already reached 400 ppm as of May 2013. If you include the other greenhouse gases we are up to 475 ppm. If we add the extra five percent increase of water vapor in the air that man-made global warming so far has caused, we are fast approaching 500 ppm. Without action, a warming of over three degrees could already be embedded in the system.

In this context, it is clearly irresponsible to continue to let the Norwegian oil pension fund invest in carbon-intensive activities. Norwegians instead must use the fund as a tool for a responsible climate policy, and invest in green technology.

Over the next decade we can expect major shifts as some of the Organisation for Economic Co-operation and Development countries probably will halve their oil imports, renewable energies become cheaper than fossil fuels, and new technologies are introduced like smart grids, improved battery storage, and electric vehicles with longer range. Norway, with its oil dependent economy, risks being left behind. At the same time, we will begin to see clearer signs of climate change and associated social and economic impacts including growing refugee flows.

There are some changes that Norway could make to ensure it is better placed to respond to these challenges and to start reducing the 250,000 vulnerable oil-based jobs in the economy. First, diversify the economy — renewable energy, eco-friendly processing, fisheries, tourism, nanotechnology, robotics, green architecture, self-sufficiency, and information and communication technologies are some of the natural priority areas for Norway. Second, use today’s wealth to make this new economy a reality — stop state guarantees, tax cuts, special arrangements and other incentives for increased oil exploration and production, and redirect those funds to other industrial sectors. Third, elected politicians need to step forward and govern the Norwegian economy and take the reins away from Statoil.

The Norwegian economy and Norwegian society should have more to stand on than a single crumbling petroleum leg.

What if the Norwegian oil economy is a bubble? by Sven Åke Bjørke is licensed under a Creative Commons Attribution-NonCommercial 3.0 Unported License.

Sven Åke Bjørke is a senior consultant and lecturer in the Centre for Development Studies at the University of Agder. Prior to this, he worked at UNEP GRID Arendal in Norway.