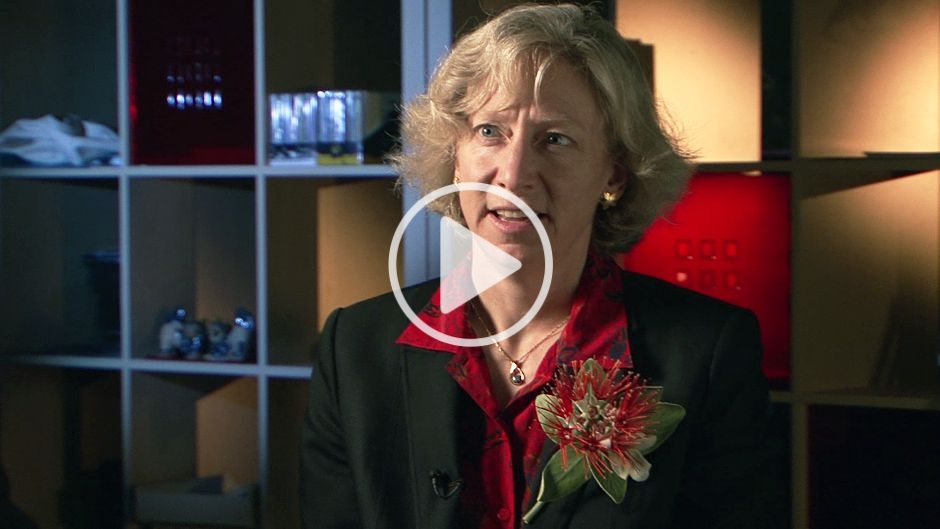 “We need a new business model,” says Dr. Gretchen C. Daily. “What we need to start doing is recognizing the value of many other types of benefits [from nature], like water purification, climate stabilization, and biodiversity.”

Daily recently spoke at a special ceremony at the United Nations University in Tokyo where she received the 2009 International Cosmos Prize. (PDFs of her remarks and slide presentation can be downloaded here.)

A professor of biological sciences at Stanford University, Daily is recognized internationally for her ground-breaking work valuing the resources and processes that are supplied by natural ecosystems (often referred to as ‘ecosystem services’). She also made a very significant contribution to the UN Millennium Ecosystem Assessment, and the Natural Capital Project. (The latter was formed by academics and conservationists to quantify and promote consideration of natural capital in business and policy decisions.)

“We need to be thinking about how to sustain nature in places where people are also trying to make their livelihoods.” – Dr. Gretchen Daily

So when Daily speaks on ecosystem services and biodiversity, people listen. And her message to the world — given to mark this International Year of Biodiversity — is clear, as you can see from the video above. We encourage you to watch it and share it with others, for 2010 is officially described as a celebration of life on earth and of the value of biodiversity for our lives. It is the  year the world is invited to take action to safeguard the variety of species on our planet — action which Dr. Daily is adept at explaining.

“We need a world in which there are new policy and finance mechanisms that help achieve this alignment of economic forces, that help create livelihood options, and a new business model overall, that rewards people out in the landscapes for production of these other benefits to society.”

(Dr. Daily’s full interview by UNU Vice Rector Professor Kazuhiko Takeuchi can be found at the end of this article.)

According to Daily, current approaches to and ideas for conservation are doomed to fail. This is because we often believe that we can set up small managed reserves and, through these, sustain enough nature and advantages for humankind. But, she argues, this thinking is misguided as the reserves themselves only represent about 5% of the world’s biodiversity.

“We need to be thinking about how to achieve this harmony, how to sustain nature in places where people are also trying to make their livelihoods,” Daily asserts.

A good example is the water supply for New York City, which is dependent upon a mountainous region about 150 km away. As this area became the site for development, the quality of the water supply began to decline. The choice was simple — invest $6 to 8 billion in new technology to clean up the water, or try to get farmers in the watershed to change their practices (with some financial support) and buy up land along the open rivers to restore it with natural capital like wetlands and forest that are very good at trapping pathogens or nutrients that pollute the water.

The city officials chose the second option. It was a win-win situation according to Daily.

“People in the city are getting their water at the lowest possible cost. People up in the Catskill [mountains] are finally being paid for benefits that they provide to the public.”

Realizing the true value of nature?

Dr. Daily argues that we need tools that “would show us how decisions affect ecosystems through different actions or scenarios, and then how ecosystems, our lands, our waters provide us services, like ….. climate stability or flood control.”  We then need to be able to measure the value of these services in both economic and cultural terms.

To explore these ideas further, she has spent much time trying to understand how we could actually support natural capital such as plants, animals and other organisms, as well as overall biodiversity in farming areas.

In India for instance, Daily and her fellow researchers worked at a study site in the southern state of Karnataka. They found very high bird diversity in the forests, but also in the other agricultural systems that have existed for hundreds of years.

The local agriculture at the site is closely linked with forest conservation. Leaf litter from the forest is used as fertilizer for managing the soil moisture. It is also used for the areca nut crop that is consumed throughout South and Southeast Asia. This is a typical example of the high economic value of a food production system that is also biodiversity-friendly.

Daily then began to question how we “know what the benefits are, the return on investment of making those choices that help protect natural capital?”

This is why the Natural Capital Project — which Daily launched with Peter Kareiva of the Nature Conservancy and the World Wildlife Foundation — is so important. The Project’s goal is to package up science into practical tools and demonstration projects that will not just advance understanding on the significance of ecosystem services, but help promote a transformation in how governments and businesses factor the values of nature into decision-making.

Fly me to the moon

When explaining the value of our natural capital, Daily asks us to imagine that we are going to relocate to the moon.

“What kinds of organisms, what plants and animals would you bring to the moon with you to make life worthwhile, make it possible?”

“First you could list things that we consume directly: seafood, our crops and animal products, forest products. You could think about all the things that we use directly, some medicines, and make a list. You might have hundreds or even thousands of species on your list to bring to the moon, but if that was all you thought about, you would never survive up there. Your colony would last only a few days. So there are many other benefits to think about.”

It is a simple but powerful test that aptly illustrates just how dependent we are on ecosystem services that we take for granted. Changing this lack of awareness is an enormous but an increasingly crucial challenge, as the population of the world and the rate of species extinction continue to rise.

“One more on the scientific side is connecting this ecosystem service or natural capital framework to human health. There are many waterborne diseases and vector-borne diseases, like of mosquitoes or rodents and other vectors, that we could do a better job of understanding the relationship between land use and disease risk.”

“Another big area I think is in poverty alleviation. Everybody has high ambitions and hopes that these kinds of payments will help foster human development in the poorest parts of the world. But I’d say so far, we’re not very sophisticated in knowing how to achieve poverty alleviation in a meaningful, lasting way. So those for me stand out as two of the biggest challenges.”

What Is Nature Worth? by Brendan Barrett` is licensed under a Creative Commons Attribution-NonCommercial-ShareAlike 3.0 Unported License.