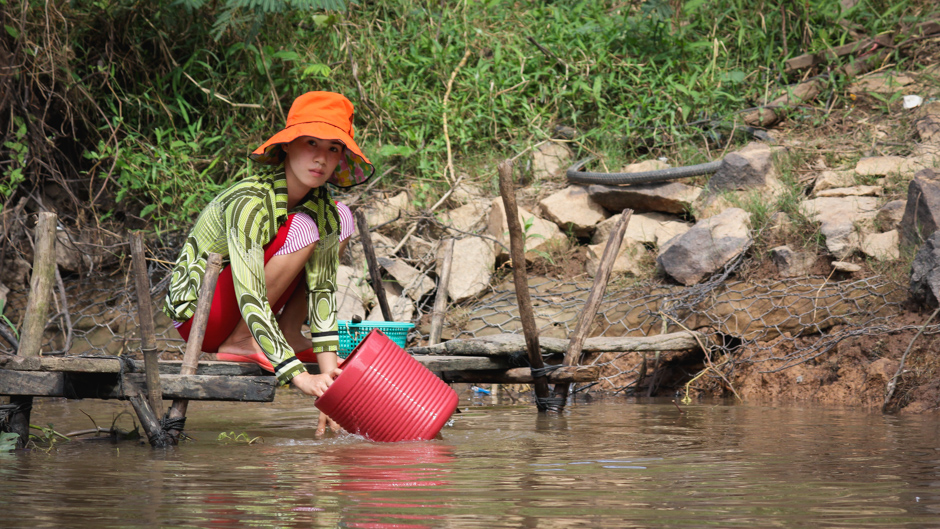 Among the Sustainable Development Goals (SDGs) perhaps no other topic has more of an impact on global progress than water. Water management determines the sustainability of industries, ecosystems, peace, and livelihoods, and critically impacts human health. But today, water scarcity affects more than 40 per cent of the global population, 1.8 billion people still use drinking water sources contaminated by feces, and 2.4 billion people lack access to toilets. Compounding these problems, over 80 per cent of wastewater from human activities, such as agriculture and industry, is discharged without any treatment.

Despite the immense scale of freshwater systems at the center of this challenge, achieving SDG 6 — “ensure availability and sustainable management of water and sanitation for all ” — will require an approach that scales up from households and communities to better understand and manage how this vital resource is used in daily life.

Significant progress has already been made. Notably, at the end of 2015 figures showed that 90 per cent of the world’s population (around 6.6 billion people) could draw upon improved drinking water sources, and two thirds (around 4.9 billion people) had access to improved sanitation facilities. However, our research since 2007 in Viet Nam’s Mekong River Delta region suggests that many of the headline figures relating to water quality only tell part of the story.

This is especially true when we consider the third target of SDG 6 — “By 2030, improve water quality by reducing pollution, eliminating dumping and minimizing the release of hazardous chemicals and materials, halving the proportion of untreated wastewater and substantially increasing recycling and safe reuse globally”. Failing to reach this target could mean that all the other SDGs, which include global goals relating to the protection of life below water and human health and well-being (including in terms of poverty and hunger), are unlikely to be reached.

Only by examining community water sources, as well as groundwater, and even bottled water, can we begin to get a better picture of how to overcome the challenge of ensuring access to safe water.

Throughout the Mekong River region, much of the water quality research has focused on large bodies of water such as the main river channels. There, pollutants and contaminants are often diluted due to the enormous volumes of water. However, working closely with local communities has revealed that they primarily use large river sources for irrigation or navigation, but access smaller tributaries and canals near their homes for daily use. Unfortunately, these smaller water sources have much higher concentrations of pollutants and contaminants.

Therefore, if we are to better understand the impacts of water quality on household life in the Mekong Delta, there needs to be a greater focus on the many small canals and waterways that crisscross the region. Only by examining these community water sources, as well as groundwater, and even bottled water, can we begin to get a better picture of how to overcome the challenge of ensuring access to safe water. 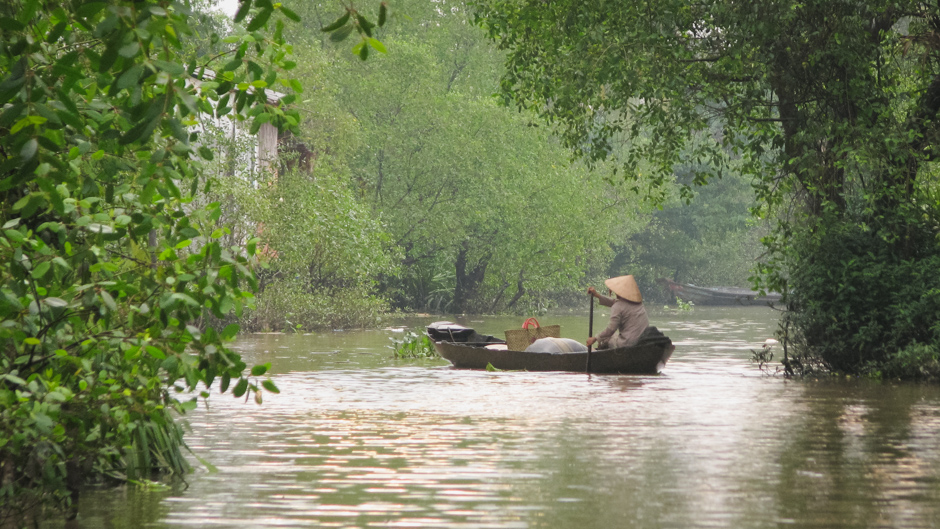 Working closely with local Mekong Delta communities has revealed that they primarily use large river sources for irrigation or navigation, but access smaller tributaries and canals near their homes for daily use. Photo: McKay Savage, Creative Commons BY-NC 2.0

Our research has consistently shown that the quality of the water that people use in the Mekong Delta for drinking, cooking and cleaning is low, often much more so than the figures recorded for larger bodies of water. Moreover, since 2007, there has not been a noticeable improvement in water quality.

Like most rural areas, centrally treated water supplies are uncommon in the Delta, so households often use insufficiently treated, and therefore polluted, water. Most people boil drinking water or use basic treatment methods such as the removal of sediments with aluminium sulphate. But these systems often only filter out sediment without necessarily making the water “cleaner”, and while boiling removes most pathogens, which is obviously very important, it can actually increase the concentration of some heat-stable chemical pollutants.

Half of all the bottled water that we sampled in the Mekong Delta area contained traces of at least one pesticide and some contained as many as eight.

In Viet Nam there is widespread belief that bottled water is safer, especially for young infants or elderly people. Undoubtedly, bottled water is usually of a significantly higher quality than water obtained from other sources. However, half of all the bottled water that we sampled in the Mekong Delta area contained traces of at least one pesticide and some contained as many as eight.

Clearly, more work needs to be done to ensure that bottled water is as safe as possible. But this also serves as a perfect example of the need for integrated solutions that understand existing community practices. Only then can education and outreach programmes be created to accurately inform people of water risks. And only then can existing water regulations and pollution rules be improved and enforced effectively.

Importantly, this also extends to how communities understand and adhere to regulations. Research we conducted for ten years identified farmers who believed that the more agrichemicals they used, the higher their crop yields would be. Many of them had attended training to improve farming practices and reduce chemical use, and may even have modified their approaches to farming in the short-term. But a significant proportion ultimately reverted to using large amounts of pesticides.

At the same time, for truly safe access to clean water, monitoring needs to be rethought in some instances. National governments, as well as cities, often focus on assessing the quality of larger bodies of water, particularly large rivers. And limited budgets dictate that some investigations can only monitor some pollutants, potentially ignoring pesticides and other contaminants that may have a chronic effect on the health of humans and surrounding ecosystems.

There is an urgent need, therefore, to monitor “the right thing in the right place”, and focus more on the ways people actually use water in their everyday lives. Scaling up our efforts from community perspectives is essential to get an accurate picture of the challenges facing us and the possible solutions as we work together to achieve SDG 6 and all other Sustainable Development Goals.

Dr Zita Sebesvari is an Associate Academic Officer in the Environmental Vulnerability and Ecosystem Services Section at the UNU Institute for Environment and Human Security. Her research focuses on social-ecological vulnerability, environmental pollution, ecosystem services, and sustainable agricultural production mainly in the regional context of South-East Asia.

Dr Fabrice Renaud has been with the UNU Institute for Environment and Human Security (UNU-EHS) since 2004 where he has been the Head of the Environmental Vulnerability and Ecosystem Services Section since 2007. From August 2009 to May 2011, he served as Director ad interim of UNU-EHS. He comes from a background in agronomy with an emphasis on environmental pollution by agrochemicals, in particular pesticides. Prior to joining UNU-EHS, Dr Renaud worked at international organisations and academic institutions in Namibia, Thailand, the US, and the UK.

Your Future Food Will Be Grown with Wastewater