What the next Us President Says about Climate Change 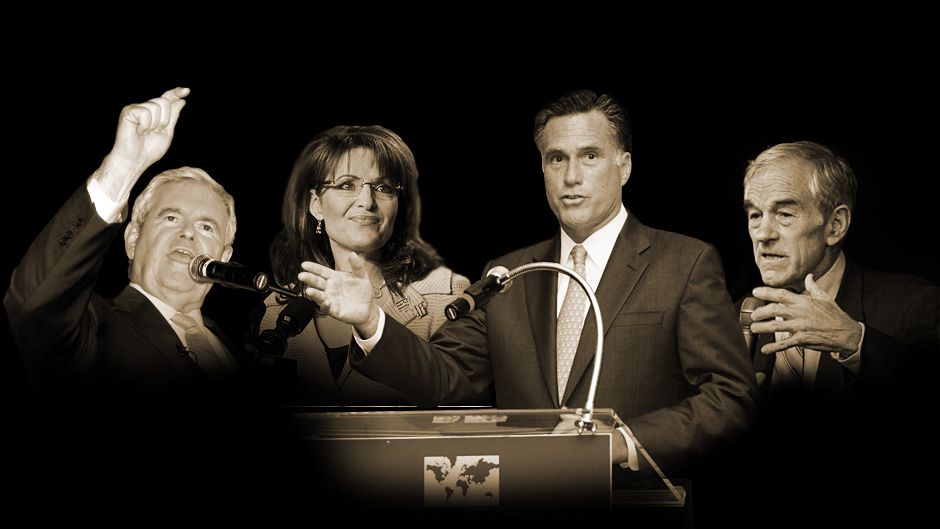 “President Obama has thus far failed to use the bully pulpit to make the case for bold action on climate change,” argues Gore in this extensive essay in Rolling Stone magazine.

And although the Nobel Prize laureate acknowledges Obama has delivered some credible policy progress by passing a Green Stimulus Plan and stronger regulations for global warming pollutants, Gore has drawn particular attention to the President’s failure to tackle head on the naysayers in the media and on Capitol Hill.

“…President Obama has never presented to the American people the magnitude of the climate crisis. He has simply not made the case for action. He has not defended the science against the ongoing, withering and dishonest attacks. Nor has he provided a presidential venue for the scientific community — including our own National Academy — to bring the reality of the science before the public.”

Obama’s record in tackling an issue as significant as climate change during his presidency should be carefully dissected in the fullness of time. Often such monumental economic and energy policy changes take years, even decades to roll out and assess for efficacy. Perhaps the President cannot be given a full report card until after his first term concludes in early 2013, if not after his (potential) second presidential term four years later.

In the meantime, what does the potential next US commander-in-chief say about climate change? Should a Republican win the White House from Obama in the November 2012 presidential election, what will they do to bring US emissions down?

The beliefs and policies of each competitive candidate are important, not only to American voters, but to citizens across the globe. As the world’s largest economy and second largest emitter of greenhouse gases (China overtook the US as the world’s largest overall emitter in 2007), the agreement of the US is crucial for any international climate change agreement to succeed. The experience from the failed Kyoto Protocol illustrates that a dominant country has the power to bring a global process to a standstill.

At this early stage of the race for the Republican nomination, the favourite to challenge Obama according to this Gallup opinion poll is former Massachusetts Governor Mitt Romney. Of all the candidates with a serious chance, Romney is closest to the mainstream debate with his acceptance of the international scientific consensus.

“I believe the world is getting warmer, and I believe that humans have contributed to that… It’s important for us to reduce our emissions of pollutants and greenhouse gases that may be significant contributors,” Romney told a meeting of supporters back in June.

Despite his trust in the science, Romney does not appear as yet to be placing much importance on the issue of climate change or environmental degradation more broadly. On his website, he only lightly touches upon the issue of Energy Security and indicates his continuing support for exploration of new fossil fuel and nuclear sources of energy.

Romney is obviously wanting to avoid talking too much about climate change for fear of looking too centrist to many Republican voters attracted by the Tea Party’s message of scepticism towards government, scientists and the mainstream media.

Across the spectrum of Republican viewpoints, another relative ‘Wet’, defined as a conservative with liberal tendencies, is former speaker of the US House of Representatives Newt Gingrich. Gingrich argues in this bi-partisan video from 2008 that “our country must take action to address climate change… if enough of us demand action from our leaders, we can spark the innovation we need.”

But of course the political winds have blown towards the right since the early days of the Obama administration. Gingrich, like Romney, is keen not to appear sympathetic to what is viewed as a liberal cause requiring government intervention. He now casts doubt upon the work of America’s National Academy of Science, in addition to conflating climate change action with people’s anxieties about the intrusion, perceived or real, of the government into their lives.

“Now, if you were a left wing intellectual, climate change is the newest excuse to take control of lives and you want a new bureaucracy to run our lives on behalf of the newest thing,” he told a audience during a May 2011 meeting in the state of New Hampshire.

Gingrich’s position — neither discounting nor accepting unequivocally the idea that global warming is human-made — will be a difficult line of argument for a candidate already under pressure for committing several campaign gaffs.

In complete contrast, emerging candidate Michele Bachmann cannot be accused of having an inconsistent position on climate change. Bachmann, a Tea Party favourite from Minnesota, uncompromisingly asserted in 2008 that global warming is “all voodoo, nonsense, hokum, a hoax”. Her position has not softened since and Bachmann has even pledged to make it even easier for polluters to pollute as she seeks to reduce the regulatory powers of the Environmental Protection Agency (EPA) even further.

Another Minnesotan running for office is former governor Tim Pawlenty who was in charge of the state from 2003-2011. Unlike Bachmann, Pawlenty is having to transform his position to win the affections of the Republican hard right in states far more conservative than his own. In doing so he has made the most blatant about-face on climate change policy of all the notable candidates. His executive experience should be an asset to his campaign however he has sought to distance himself from his progressive climate change policies in office — even going so far as to say he was “wrong” for supporting a “cap and trade” system that he now opposes.

Continuing a familiar trend amongst candidates, libertarian and perennial presidential candidate Ron Paul has had a variable belief in climate research. Regardless, Paul is inherently skeptical of any government intervention and is unlikely to ever support anything  that promotes renewable technologies other than through an unimpeded free market.

So, what about the most talked about of Republican contenders? At this article’s time of writing, it was unconfirmed whether or not former vice-presidential candidate and former Governor of Alaska Sarah Palin would run for office in 2012. And while we can be sure that the self described climate change sceptic will not act to reduce the US’s very high per capita emissions, readers may be surprised to know that the uncompromising Palin has some confusing form on this issue herself. While supporting climate change believer John McCain’s 2008 presidential campaign she acknowledged that, “man’s activities certainly can be contributing to the issue of global warming, climate change”.

With Palin yet to declare her candidacy and several candidates still finding their campaign voices, there is a long time to go before the Republican Party formerly announces its nominee during the 2012 Republican National Convention, to be held in August 2012.

Evidently, most contenders’ views on climate change depend upon who is listening or voting at the time. During the presidential election race itself, voters might see the Republican nominee shift his or her position back to the political centre in order to court conservative democrat and independent voters. Relative moderates like Gingrich and Romney are most likely to move towards more progressive stances on climate change if they succeed in the Republican primaries. Quite rightly they risk being labeled as “flip floppers” down the track.

On the other hand, Tea Party darlings Bachmann and Palin, should she choose to run, will probably find it harder to change their unambiguous stances. And if he succeeds, Pawlenty will also be pressured to hold his tough anti-global warming line, rather than have another “clunker in his record” as he put it in a nominee’s TV debate in May 2011.

In any case, a Republican presidency, one led by Bachmann, Palin or Pawlenty in particular, would further weaken the US’s damaged reputation on climate change diplomacy in the international arena and likely scuttle the already faltering global pact for action.

Overall, it is clear that whatever Gore or other critics think of Obama’s conciliatory approach towards those actively campaigning against climate change mitigation, the President offers some respect for the science and a better plan of action than any of the feasible presidential alternatives.

But the question of whether Obama’s climate record itself is good is another that can be answered properly over time — time that the President and voters should by now recognise is running out.

What the next Us President Says about Climate Change by Mark Notaras is licensed under a Creative Commons Attribution-NonCommercial-ShareAlike 3.0 Unported License.