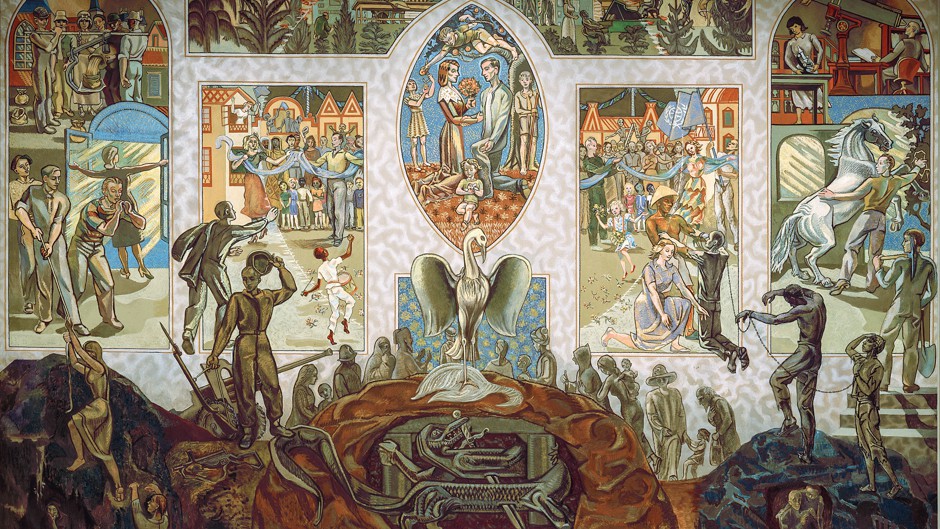 This is the second article in a series aimed at providing readers with an understanding of the UN Security Council. In the first part, UNU’s own Peter Nadin offered us a look at the origins, powers, instruments and activities of this premier forum in international politics. Here in part 2 you will hear about its limitations and some widespread misconceptions and then you can move on to learn about current ideas for its reform in part 3. See a full list of associated stories in the Related Articles section at the end of this page.

“The UN is not just a product of do-gooders. It is harshly real. The day will come when men will see the UN and what it means clearly. Everything will be alright — you know when? When people, just people, stop thinking of the United Nations as a weird Picasso abstraction, and see it as a drawing they made themselves.”

With that candid 1955 statement, former UN Secretary-General (1953–1961) Dag Hammarskjöld encapsulates the nature of the UN as a member state organization — created by states to serve states and limited by state cooperation. Conveying an understanding of these limitations is the aim of this article.

When people criticize the United Nations Security Council, they do so based on an incorrect conception of what the Council is. They expect the Council to be something that it is not.

The Council is not:

“An international system in which the danger of aggressive warfare by any state is to be met by the avowed determination of virtually all other states to exert pressure of every necessary variety — moral, diplomatic, economic, and military — to frustrate attack upon any state.”

These vague definitions of collective security, however, are largely unhelpful as they dilute and confuse what is, in essence, an unequivocal concept. The term is suggestive of a guaranteed automaticity and the continued use of the term around the UN and its Security Council is potentially damaging to the UN brand — a brand that should be founded on the basis of realistic expectations.

Instead, the Council should be seen as the embodiment of selective security — a fitting term used to describe the Council, coined by Adam Roberts and Dominik Zaum in their 2007 book Selective Security: War and the UN Security Council Since 1945. If one consults the Council’s long record since 1945, it becomes very clear it has decided to intervene in certain situations and decided against intervening in other situations. This is the Council’s prerogative. The Council holds the discretionary power to interpret and decide on what constitutes a threat to international peace and security and what does not. This inherent selectivity is symptomatic of the relative level of political will and the interests and/or disinterests of the member states, above all those of the veto-wielding Permanent Five (P-5). Therefore, in sum, the Council is not obligated to act in response to any and every circumstance and should not be expected to do so.

Secondly, the Council is not a disinterested and apolitical institution. The Council is, first and foremost, a political body, beholden to the political processes of collective decision-making. The relative levels of political will and the various interests of the member states are channeled into a process of political negotiation and bargaining, and the resulting outcome is a collective decision of the Council — a resolution or presidential statement. Each decision is, therefore, reflective of the overlapping interests of the membership and also the level and quality of agreement that could be reached among them.

Cooperation, for this reason, is possible insofar as there is a reasonable alignment of the interests of the members. So while certain states share similar perspectives and are to a degree culturally aligned, in strategic terms, other states are not. This discord among the members also plays out in a normative setting and leads to a contestation over values and around the Council’s goals, role and agenda. This contestation could be viewed as an important game within the Council, which constructs the Council as a place in which its members argue about what the world order should look like.

A Council of states, for states

Thirdly, the Council is a council of states, for states. The Council is essentially an intergovernmental institution. Although, the Council is often called ‘the UN Security Council’ as if it were an independent entity separate from its constituent parts (its members), it is not necessarily an actor in its own right. As Roberts and Zaum rightly suggest, the Council is not “a homogeneous corporate entity, but rather a focal point for state cooperation, especially great-power cooperation”.

The Council is a member state forum, designed for member states, and works on the basis of cooperation between member states. The Council does not possess the ability to act unless member states decide collectively to act and then subsequently furnish the necessary resources to give effect to that decision. Thomas Weiss also supports this notion of the UN, when he concludes that “the UN is primarily an institutional framework through which member states may pursue or channel their foreign policy”.

Fourthly, the Council is not under any obligation to operationalize universal values, or conform to any vis-à-vis democracy, or uphold the Responsibility to Protect. As has been established, the Council is an inherently selective political state-driven body and with every member intent on preserving its own interests, these interest-based concerns will almost always override any deference to altruism or universal values.

On the evidence of Council action over the past 70 years, it is unreasonable to expect the consistent application of the Responsibility to Protect into the future. Unfortunately, lofty expectations unrealized may contribute to the erosion of the concept in the eyes of many; and moreover may reduce the concept to the status of a tool of moral leverage or advocacy.

In sum, the Council cannot be expected to be impartial, apolitical, and democratic, to do everything, to be everything, to function appropriately in every context, provide collective security or faithfully implement the Responsibility to Protect. This is not to say that these expectations are not ‘good’ or worthy, but they are based on an idea of the Council that does not exist in reality. The Council is an ardently pragmatic and selective body, limited yet powerful. These contradictions hold the enterprise together and an appreciation of them is required before any criticism can be leveled.

What the UN Security Council Is Not by Peter Nadin is licensed under a Creative Commons Attribution-NonCommercial-ShareAlike 4.0 International License.