What to Do When You Suspect We’re Headed for Collapse 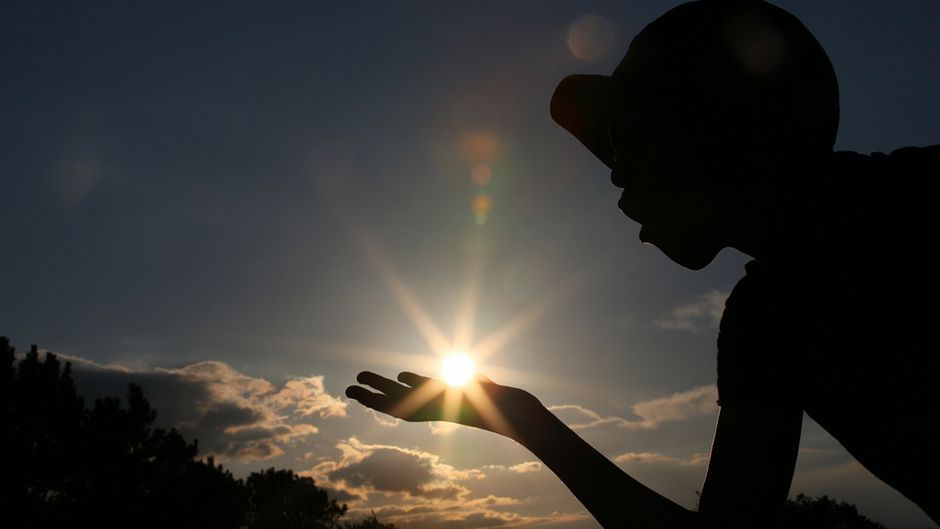 If you’ve been paying attention to the environmental news, then you know people are pummeling the planet. Because of the way we run the economy, with continuously growing population and consumption, we are destabilizing the climate, depleting topsoil, drawing down aquifers, acidifying the oceans, and driving species to extinction. Even as we impoverish the Earth’s ecosystems, billions of us struggle daily to find enough food for a decent dinner.  In this age of worldwide environmental and social turmoil, it’s natural to want to help. It’s also natural to wonder how you can possibly make a difference. These troubled times prompt each of us to ask a simple, but absolutely critical question: “What should I do?”

Before tackling what to do, let’s get something out of the way — what not to do:

Back to the central question: “What should I do?” Like a flock of vultures, the problems circle ominously overhead. The solutions are more like songbirds; they hide in branches and thickets, but they’re there. Despite their presence all around us, it’s still hard to spot proper solutions. It would be a huge relief to have one simple method for scuttling the vultures, but it just doesn’t exist. Solutions come with a certain degree of complexity (e.g., multiple partial solutions that are related to one another). To begin piecing together your answer to “What should I do,” then, it’s helpful to divide actions into three categories: (1) learn something, (2) say something, and (3) do something.

Seek out colleagues who also recognize the problems, but especially people working on creative solutions. I have found myself in the most amazing, life-enriching company while trying to learn more about how to build a sustainable and fair economy. Listing the scholars and leaders who have taught me how to think in systems and see the world through an ecological lens seems like an ill-advised exercise; I know I would omit someone, and I would feel like a name dropper. But when I think about people I’ve met on my quest to learn something, I feel so fortunate (here’s a short list of heroic “Bills”: Bill McKibben, Bill Rees, Bill Ryerson, and Bill Twist).  I’m thankful to all my colleagues, even those not named Bill!

The upshot: you don’t have to slog your way through boring tomes in the dusty corners of the library. On the contrary, you can engage with some of the most compassionate and insightful people on the planet, just as long as you share their desire to help, and you commit to learning something.

As the writers and artists at Adbusters effectively demonstrate, there are always opportunities to speak up and ask, “Why?”

Saying something (at least saying something intelligent) is tougher than learning something, especially for us introverts. My method of saying something consists mostly of writing. I co-wrote a book. I wrote articles (for example, this one in USA Today). I wrote Daly News essays. It’s easier for me to say something clear with a pen or keyboard than with my vocal chords (although I occasionally work up the courage to stand in front of a live audience and pass along what I’ve learned).

If you keep your eyes, ears, and heart open, you’ll find opportunities to say something, and it doesn’t have to be on some grand stage. If you’re a student, ask your professors and classmates probing questions:

Why does the economy have to keep growing? How much consumption is enough for a person, a community, or a society? What are the ultimate goals of our economy?

If you read news reports, write comments and send letters to the editor. A continuous procession of articles in praise of continuous economic growth marches across the front pages of mainstream media sources, providing ample opportunities to respond.

If you participate in a book club, try Enough Is Enough or something similar. Where my coauthor, Dan O’Neill, lives in Leeds, UK, a dedicated group of activists is strategizing how to build the kind of economy described in the book. The same thing has happened where I live in Corvallis, Oregon, and we’ve heard about other groups forming in Bermuda and Wisconsin. Changes begin with the simple act of discussing and sharing ideas. We can all engage our families and friends — you never know what positive events will emerges from your conversations.

Doing something represents another step up in commitment. In choosing what to do, the most important point is to make your behavior match your knowledge and values. For example, you can reduce consumption, especially fossil fuel. You can engage in acts of protest. You can give your time and money to organizations that are championing causes dear to you. I have chosen to live with my family in an aspiring ecovillage. We do our best to support the local economy and disengage from the unsustainable, cost-externalizing, globalized economy. We ride bikes. We make music. The idea is to spend time fostering needed changes and have fun doing it.

It’s in that spirit that I embark on my next career adventure. I’ve said enough for the moment as the editor of the Daly News. To understand the motive behind my move, consider this quote from Buckminster Fuller:

“You never change things by fighting the existing reality. To change something, build a new model that makes the existing model obsolete.”

I am excited to be helping Farmland LP build a better agricultural model. We are out to prove that organic, ecologically sound farming practices outperform the outdated model we have been saddled with. The old model, based on 19th- and 20th-century ideas of industrial production, offers no future. In the new model, we manage farmland as an ecosystem — not a mine from which we extract and deplete resources. Farmland LP, founded by Jason Bradford and Craig Wichner, is doing something simple, elegant, and brilliant. The company raises money to buy conventional farmland and convert it to organic. The point is to bolster regional food systems, improve environmental conditions, create meaningful jobs, and provide investors with a good place to put their money. In a sense, we are performing an aikido move. We’re using the momentum of current financial and business systems to create a better way of managing landscapes and providing sustenance. I’m proud to play a role.

I’m also proud of my work on the Daly News. I’ve done my best to move the conversation along, and I look forward to learning more as CASSE continues to curate this forum. I’m engaged in a lifelong journey of learning something, saying something, and doing something. I hope you are too and that you’re bringing friends along. It’s not easy, but you’ll never regret doing what needs to be done. Onward!

What to Do When You Suspect We’re Headed for Collapse by Rob Dietz is licensed under a Creative Commons Attribution-NonCommercial-NoDerivatives 4.0 International License.
Permissions beyond the scope of this license may be available at The Daly News.

Executive DirectorCenter for the Advancement of the Steady State Economy

Rob Dietz is a writer, researcher and activist who is trying to help build a better economy — one that works for people and the planet. He is the editor of the Daly News, a popular online publication named in honor of Herman Daly, a leading light of ecological economics. Rob was also the first executive director of the Center for the Advancement of the Steady State Economy, taking it from an unfunded start-up organization to an internationally respected leader on new economic thinking. He regularly writes articles and delivers public presentations that draw from his education and experience in both economics and environmental science. Rob is married, has one daughter and lives in Corvallis, Oregon.