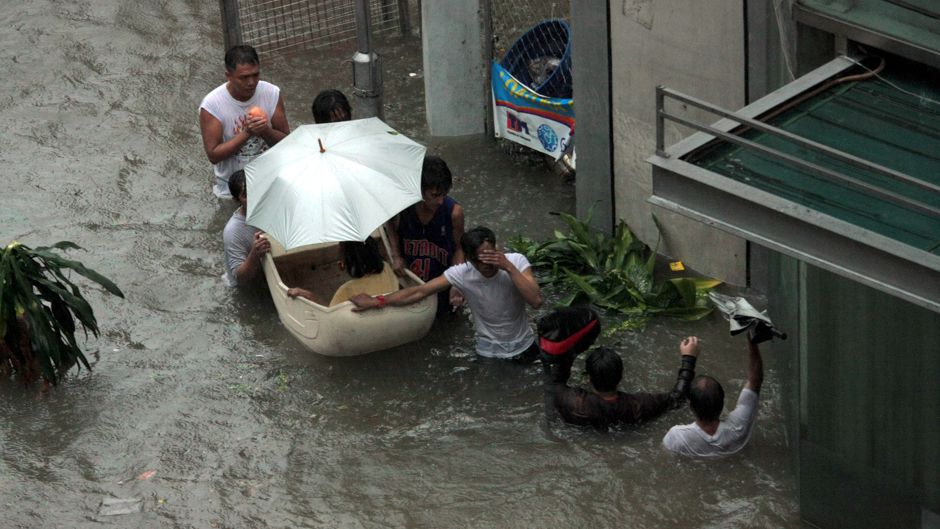 If temperatures continue to rise, we can expect an additional 393,000 battle deaths by the year 2030 in sub-Saharan Africa, argued Marshall B. Burke and others in an article in Proceedings of the United States National Academy of Sciences last fall.

Such alarmist claims arouse interest among international organisations and national agencies dealing with security issues, ranging from national governments and their intelligence communities to international bodies, such as the United Nations Security Council.

But can such contentions be substantiated?

There is no doubt that humans are driving a gradual warming of the planet and are responsible for changes in hydrological cycles. Due to modern satellite imaginary, a 3.1 cm sea-level rise has been observed between 1993 and 2003. In most regions of the world, the intensity of tropical cyclones has increased. Heat waves in Europe have become more frequent.

Climate change is a fact. But do these changes drive armed clashes? Apart from Burke’s study, there is still little empirical evidence that climate change will lead to more conflict. However, these changes will most certainly have serious implications for human well-being.

As highlighted at the last climate talks in Copenhagen, anthropogenic climate change is affecting those who are least responsible for it, mainly the poorest and therefore most vulnerable regions of the world. This risk is growing as industrialised countries delay strong measures.

Societies with more climate-sensitive economies, largely in the developing world, will be most affected as climate change acts as a “threat multiplier” and adds to existing burdens.

Decreasing availability of resources due to regional effects of climate change — like drought and desertification — leads to intensified competition for these resources. And this, when compounded by pressures like rapid population growth, tribalism and sectarianism (as in Darfur and Somalia), could result in armed violence.

As meteorological disasters become more frequent and intense with global warming, already struggling societies will be weakened further, making them more vulnerable to political instability, as in Haiti.

The policy goal of the Copenhagen Accord in regards to limiting warming to two degrees Celsius is already the upper limit of what will make abrupt climate change a more likely scenario. For example, if the ice sheets of Greenland and Antarctica break away from the land into the oceans, sea-level rise will disrupt lives, provoking mass migrations.  Such ‘climate refugees’ would be forced to abandon densely populated low-lying coastal regions, as in Bangladesh and as is already happening in small-island states like the Maldives and Carteret Islands.

[quote quote=”Rising temperatures will transmit diseases such as malaria to regions where it is currently absent, for example in the highlands of East Africa.” type=”image” image=”2147″ photoquoteauthorurl=”http://www.flickr.com/photos/lorelei-ranveig/2294886020/” photoquoteauthor=”Hugh Sturrock. Wellcome Images”]

Threats to health and food security

Rising temperatures will transmit diseases such as malaria to regions where it is currently absent, for example in the highlands of East Africa. Also, short-term impacts of climate-related hazards are worrisome: waterborne diseases and new breeding sites for insects that carry disease, such as mosquitoes, can claim lives in the aftermath of a natural disaster. An example is Honduras, where in 1998, in the aftermath of Hurricane Mitch, an additional 30,000 cases of malaria were reported. Thankfully the application of insecticide-treated bed nets has proven an effective measure to reduce the risk.

Food crop yields will plummet if droughts become more frequent and longer lasting. A real threat are heat waves. They reduce the yield of agricultural crops. For example in 2003 in France, corn (maize) production and fruit yields fell by 30% and 25%, respectively.

What are the solutions? Some, such as Oxford economist Paul Collier, argue that we need to support the development and application of genetically modified crops in Africa to achieve food security in a changing climate. Meanwhile others agree with Vandana Shiva who promotes the maintenance of seed biodiversity as an answer to projected changes in agriculture.

Without doubt, the consequences will affect millions, compromising human security in terms of individual freedom from threats such as flooding or food shortages, and possibly even impacting on national and international security.

For example, a poor response to natural hazards may create anti-government grievances in societies with weak governance structures and stricken by political violence and poverty. There is potential conflict over the distribution of funds to mitigate climate change, as for example funds made available for Reducing Emissions from Deforestation and Forest Degradation (REDD).

In terms of international affairs, when whole small island states are submerged, this poses questions of national sovereignty loss. The Maldives, for instance, is now planning for the future by establishing a trust fund to buy land abroad. Besides adaptation, for many developing nations, including the Maldives, going green means greater energy security, becoming less dependent on imported oil.

Alert, but not alarmed

Despite the dire warnings, thoughts of alarmist doomsday scenarios are unnecessary. In order to avoid crossing climate thresholds that are of great risk for humanity, a variety of solutions can be used to manage our carbon budget.

These measures are feasible and affordable. They include the use of renewable energy, energy efficiency, geo-engineering, adaptation and drought insurance schemes.

Carbon sequestration in underground rock formations is one model that bears relatively low risks but, so far, there are only a limited number of sites in place. One example is the joint venture between commercial companies and an Algerian state oil company that is currently running a CO2 capture project re-injecting CO2 emissions released during exploitation of the In Salah gas field.

We also know that with proven and effective technologies, such as hydropower, wind and solar energy, we can mitigate climate shocks at a modest cost, much lower than the costs of inaction.

At the same time the world has to be careful not to rush into any potential solution, without considering the unintended consequences. The spread of nuclear energy, espoused by some, will cause another set of security implications, such as safety, the proliferation of nuclear technology, and the risk of the spread of nuclear material to groups that support terrorism.

There is indeed consensus that nuclear power is a relatively low-cost option providing close to zero-emissions energy and has the capacity to provide significant amounts of energy. But apart from the high start-up costs, regulatory and decommissioning costs, the far greatest environmental and economic challenge is the disposal of nuclear waste. Long-term storage is very costly and bears radioactive spillage risks. Perhaps reflecting these challenges, countries, such as the United Kingdom, who have benefited from nuclear energy, have not commissioned new nuclear power plants.

Moving ahead of the storm

We know that global climate change is truly a global challenge with no part of the world being spared from the consequences. Even if we stabilise the flow of CO2 to the atmosphere we cannot avoid an increasing stock of CO2. Adaptation will become necessary, for many developing countries the only solution.

The solutions need the involvement of all segments of society. Consumer preferences are important, from shifting eating habits and the consumption of less meat to energy-efficient household appliances. There are proven technologies, like hydropower with known and limited unintended effects. And most important, we need to understand better that we are both agents and victims of climate change, in all regions of the world.

If we do not act now, the consequences will be not only very costly but, will become a serious threat to human mankind in addition to infectious diseases, the threat of nuclear war and terrorism. We cannot afford to wait and watch the storm gathering, we need to act now.

What will climate change mean for human security? by Christian Webersik is licensed under a Creative Commons Attribution-NoDerivs 3.0 Unported License.