What Will the next US Ambassador to UN Do with Peacekeeping? 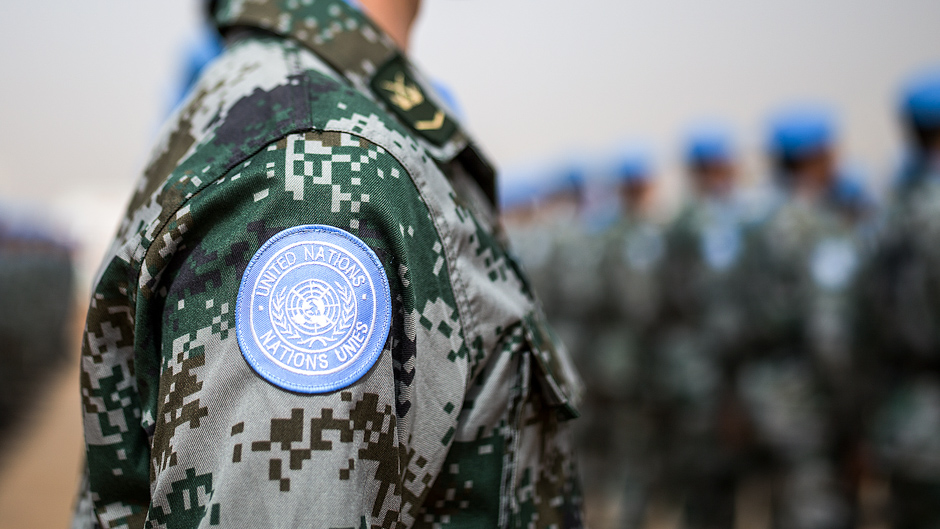 Recently, the US Senate Foreign Relations Committee voted to nominate Kelly Knight Craft to the country’s top post at the United Nations. Craft is currently the US ambassador to Canada. The committee’s prior hearing focused on Craft’s comment that human behaviour is contributing to climate change, as well as the grilling she received for being away from Ottawa so often.

Unfortunately, the hearing failed to touch on any of the fundamental questions about peacekeeping that Craft will confront if she assumes the role of ambassador to the UN. The Senate must now raise these questions before confirming her appointment.

Announced in February by the president, this key diplomatic post has already been vacant for six months, following Nikki Haley’s departure. Despite vowing to nominate a replacement for Haley quickly after she resigned, the administration took two months to put forward Heather Nauert, the former Fox news host and then-State Department Spokesperson. After a further two months, she abruptly withdrew her candidacy in February.

With deep divisions on the Security Council and increasing tensions threatening in the Gulf, the role of the US ambassador to the UN is critical to global security and international cooperation.

Meanwhile, a number of top officials have left the US Mission in recent months and President Trump has nominated the Acting UN Ambassador Jonathan Cohen to take the helm in Cairo. If the rest of Ambassador Craft’s confirmation goes smoothly, it will be the first real boost to the US Mission for some time.

With deep divisions on the Security Council and increasing tensions threatening in the Gulf, the role of the US ambassador to the UN is critical to global security and international cooperation, on issues ranging from North Korean (Democratic People’s Republic of Korea) non-proliferation to peacekeeping in the Democratic Republic of the Congo. In the field of international peace and security, there are no higher stakes than those deliberated upon at the Security Council.

This brings up three key questions that were not asked of the nominee:

1. Will the US cut funding to peacekeeping?

During Ambassador Haley’s tenure, over US$1 billion was cut from the peacekeeping budget and the subsequent closure of the peacekeeping mission in Darfur is on track to reduce the budget further.

Congress, however, is now moving to raise the budget for UN peacekeeping contributions. At Craft’s hearing, Committee Chairman, Senator Risch, focused on the supposedly oversized US contribution to the UN, but asked no questions. Congress should ask what sort of changes in relation to UN peacekeeping budgets would the ambassador expect over the next four years? What are her views of Congressional action to increase funding for UN peacekeeping (at a time when the Administration has been calling for greater cuts)?

2. How will Craft deal with Bolton?

National security adviser John Bolton is likely to continue to play a strategic role in the positioning of the US at the UN. He had previously stated that 10 floors could be removed from the UN Secretariat without making a difference. Congress should ask whether Craft agrees with this when it comes to global peace and security, and if not, how she proposes to manage those who disagree with her in Washington.

3. Will the US continue to acknowledge climate-security risks?

There has been significant criticism of Craft’s close familial ties to big coal. The Security Council — including the US — has acknowledged that climate factors in Chad and the Sahel have increased instability and pose major security threats in the region. These security risks could quite quickly ricochet across the region, including areas like Mali where the UN has a large peacekeeping operation. How does the ambassador see climate change impacting global peace and security? If she is to recuse herself from meetings concerning coal, how would she direct her representative when such matters relate to implications for global peace and security?

Craft’s support for the UN and multilateralism is to be warmly welcomed and was refreshing to hear. The US needs a strong ambassador at the UN. The political vacuum in that role has left others — such as China — to fill the recent void. Key US ambassadorial posts around the world remain vacant but the administration seems to have recognised that not having a fully empowered envoy in the US seat at the UN table does more harm than good to American interests.

But specific questions about peace and security need to be asked of any candidate for this post. Craft’s position on these questions is especially important given the many pressures she will face from certain camps in Washington and elsewhere — as Haley’s tenure highlighted, diplomatic juggling across these actors can shape US policy toward the UN significantly. In the coming months, there will be ample opportunities for Craft to articulate the US position on major peace and security issues at the UN. Having clarity now on these critical questions will be equally important.