Whatever the Election Result, the Dutch Public is Dangerously Polarised 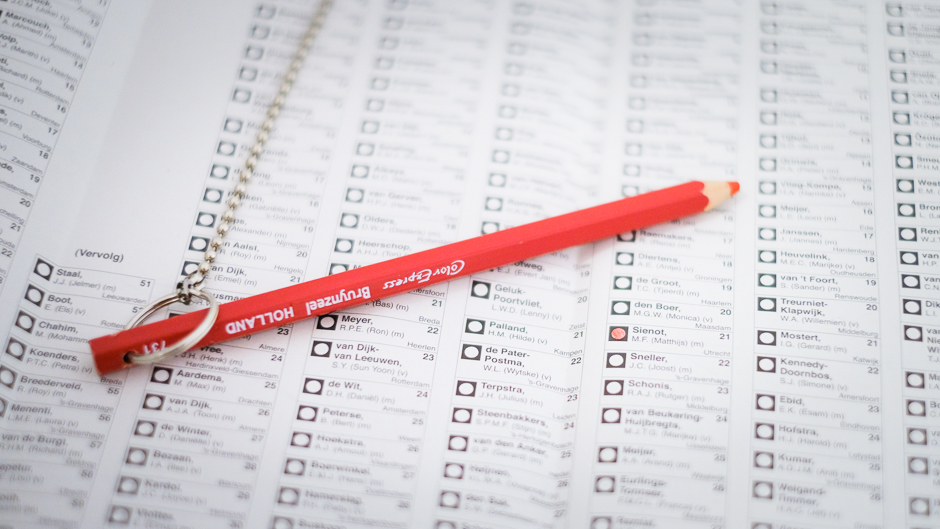 The Dutch government’s refusal to allow Turkish ministers to visit Rotterdam and address the large number of Dutch-Turkish citizens on how to vote in the Turkish constitutional referendum of April 16 was a game-changer in the Dutch elections.

As a foreigner living in The Netherlands who is not entitled to vote, I envy my Dutch-Turkish colleagues for having the right to vote both in The Netherlands and in Turkey. I have lived in the Netherlands for 30 years, and have become accustomed to depending on the Dutch electorate to decide my economic and political future. But this time around, I have to admit that it is more difficult to stay relaxed.

The national conversation has turned increasingly on the need to reinforce Dutch identity, with mainstream candidates proposing mandatory singing of the national anthem in schools. In the face of such debates and with the Islamophobic Geert Wilders riding high in the poll forecasts, I have been indeed increasingly nervous about these Dutch elections – and less relaxed about the advantages of the proxy democracy I am living in.

But the diplomatic conflict between Turkish President Recep Tayyip Erdoğan and the Dutch government may have changed everything. And there is little doubt that Dutch Prime Minister Mark Rutte owes a debt of gratitude to Erdoğan.

It’s difficult to understand why the Turkish president could not have waited until after March 15 to send his ministers to the Netherlands on their information mission about the referendum, unless he wanted to influence the Dutch election. Nonetheless it’s been a good opportunity for Rutte to win points with voters. But the price in the long term might well be significant with an increased polarisation in the Dutch electorate.

Indeed, apart from Wilders’ Freedom Party, there are two other parties running in the election which demonstrate the further polarisation in Dutch and European society.

The 50 Plus party’s sole aim is to bring the retirement age back to 65 and defend the interests of the elderly in Dutch society. In an ageing society, pension voters represent some 25% of the total Dutch vote. By adding voters over 50 to this group, the party could win a significant number of seats.

Compartmentalising elderly voters might be a clever strategic political move, but it is surely not in the interest of the country as a whole, and further burdens future generations who will inherit a world transformed by current voters’ choices.

We saw this most recently in the outcome of the Brexit referendum in the UK, and the striking generational divide in opinions about whether to leave or remain. By 2019, when Brexit negotiations are due to conclude, the ranks of the British voting population will have expanded by the addition of two million citizens who will have by then turned 18, and suffered the loss of 1.5 million due to the deaths of older citizens.

Given the fact that 75% of young people voted to remain, while 64% of those over 65 voted to leave, it can be estimated that in 2019, the pro-EU camp will have gained 1 million adherents, while the size of the pro-Brexit camp will be 350,000 smaller. An outcome which will be the reverse of the results of the referendum held last June.

In short: demographic trends are absolutely essential in elections.

The second potential polarising trend is the growing popularity of a new party, DENK, among the Dutch-Turkish and Dutch-Moroccan immigrant communities. DENK consists primarily of second-generation and third-generation immigrants and focuses primarily on the many integration problems these communities face.

These challenges are real, but the compartmentalisation of immigrants into one political party and the rather aggressive way that DENK candidates campaigned are causes for concern.

Their electoral success will be indicative of the failure of integration policies in The Netherlands, rather than a reflection of political emancipation. Ironically this plays right into Geert Wilders’s agenda.

In the Dutch election system there are no minimum levels for representation in parliament. So a large number of the 23 parties listed on the ballot paper could be present in the Dutch second chamber, with many of them holding just a couple of seats. Any future coalition government will have to involve many parties, or possibly even be based on a minority in the second chamber.

This extreme fragmentation means that the number of votes for Wilders’s party will ultimately have little impact on future coalition discussions for the formation of a new government. In this sense, the Dutch elections have been wrongly represented as the first of a series of crucial elections for Europe’s future taking place in 2017.

To be frank, what actually might be more crucial on March 15 is the decision on the legal pursuit against the French presidential candidate François Fillon. Contrary to the Dutch elections, the French elections really are crucial for Europe’s future. If Marine Le Pen were to become the next French president, it would effectively mean the end of Europe as we know it.

Whatever the Election Result, the Dutch Public is Dangerously Polarised by Luc Soete is licensed under a Creative Commons Attribution-NoDerivatives 4.0 International License. Permissions beyond the scope of this license may be available at The Conversation.

Until September 2016 Luc Soete (15 September 1950, Brussels) was Rector Magnificus of Maastricht University. Before that he was Director of the Maastricht Economic and Social Research Institute on Innovation and Technology (UNU-MERIT) located in Maastricht, The Netherlands and Professor of International Economic Relations and Director-Dean of the Maastricht Graduate School of Governance at Maastricht University. He is a member of the Advisory Council for Science and Technology Policy and the Royal Dutch Academy of Science.

Luc Soete graduated in economics from Ghent University, Belgium. He obtained a DPhil in economics from Sussex University where he worked as senior research fellow at the Science Policy Research Unit in the late 70’s and 80’s. From 1984 till 1985 he was visiting associate professor at the Department of Economics at Stanford University, USA. In 1986 he joined the new Faculty of Economics and Business Administration (now called the School of Business and Economics) at Maastricht University as professor of International Economics Relations. In 1988 he set up the research institute MERIT (Maastricht Economic Research centre on Innovation and Technology) which merged under his direction in 2005 with UNU-INTECH to become UNU-MERIT. In 2010 he became Director-Dean of the Maastricht Graduate School of Governance of Maastricht University. He is a member of the Board of the Maastricht School of Management and the Belgian media company Concentra.

Over the last 30 years, Luc Soete has contributed as (co-)author and (co-)editor to some 11 books, 50 refereed articles and some 100 chapters in books. In 2002, he received the MSM Honorary Fellow Award, in 2007 the Belgian reward Commandeur in de Kroonorde and in 2010 a Doctor Honoris Causa from his Alma Mater, the University of Ghent.