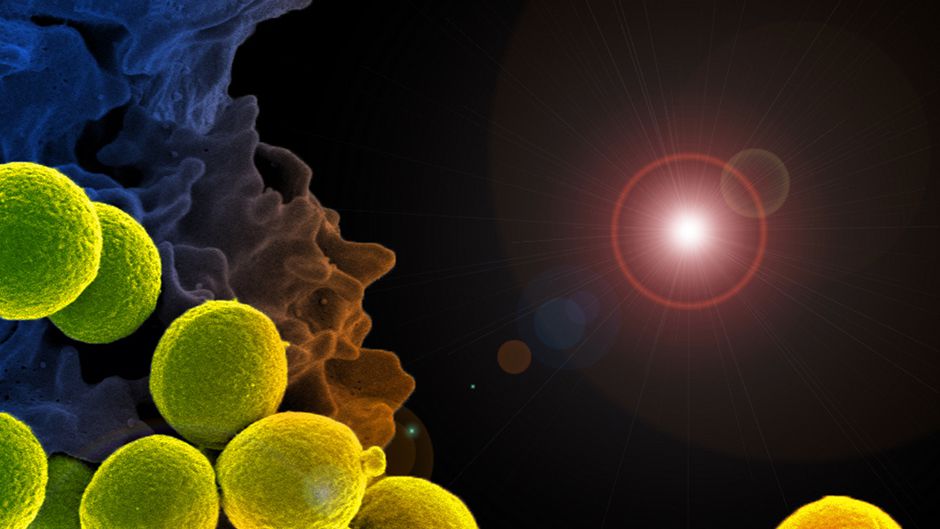 The growing crisis of antibiotic resistance is catching the attention of policy-makers, but not at a fast enough rate to tackle it. More diseases are affected by resistance, meaning the bacteria cannot be killed even if different drugs are used on some patients, who then succumb.

We are staring at a future in which antibiotics don’t work, and many of us or our children will not be saved from TB, cholera, deadly forms of dysentery, and germs contracted during surgery.

The World Health Organization (WHO) will discuss, at its annual assembly of health ministers in May, a resolution on microbial resistance, including a global action plan. There have been such resolutions before but little action.

This year may be different, because powerful countries like the United Kingdom are now convinced that years of inaction have cause the problem to fester, until it has grown to mind-boggling proportions.

The UK-based Chatham House (together with the Geneva Graduate Institute) held two meetings on the issue, in October and last month, both presided over by the Chief Medical Officer for England, Dame Sally Davies.

This remarkable woman has taken on antibiotic resistance as a professional and personal campaign. In a recent book, “The Drugs Don’t Work”, she revealed that for her annual health report in 2012, she had decided to focus on infectious diseases.

“I am not easily rattled, but what I learnt scared me, not just as a doctor, but as a mother, a wife and a friend. Our findings were simple: We are losing the battle against infectious diseases. Bacteria are fighting back and are becoming resistant to modern medicine. In short, the drugs don’t work.”

Davies told the meetings that antibiotics add on average 20 years to our lives and that for over 70 years they have enabled us to survive life-threatening infections and operations.

“The truth is, we have been abusing them as patients, as doctors, as travellers, and in our food,” she says in her book.

“No new class of antibacterial has been discovered for 26 years and the bugs are fighting back. In a few decades, we may start dying from the most commonplace of operations and ailments that can today be treated easily.”

At the two Chatham House meetings, which I attended, different aspects of the crisis and possible actions were discussed. In one of the sessions, I made a summary of the actions needed, including:

On the first point, a new and alarming development has been the discovery of a gene, known as NDM-1, that has the ability to alter bacteria and make them highly resistant to all known drugs.

In 2010, only two types of bacteria were found to be hosting the NDM-1 gene — E Coli and Klebsiella pneumonia.

It was found that the gene can easily jump from one type of bacteria to another. In May 2011, scientists from Cardiff University who had first reported on NDM-1′s existence found that the NDM-1 gene has been jumping among various species of bacteria at a “superfast speed” and that it “has a special quality to jump between species without much of a problem”.

While the gene was found only in E Coli when it was initially detected in 2006, now the scientists had found NDM-1 in more than 20 different species of bacteria. NDM-1 can move at an unprecedented speed, making more and more species of bacteria drug-resistant.

Also in May 2011, there was an outbreak of a deadly disease caused by a new strain of the E Coli bacteria that killed more than 20 people and affected another 2,000 in Germany.

Although the “normal” E Coli usually produces mild sickness in the stomach, the new strain of E Coli 0104 causes bloody diarrhoea and severe stomach cramps, and in more serious cases damages blood cells and the kidneys. A major problem is that the bacterium is resistant to antibiotics.

Tuberculosis is a disease making a comeback. In 2011, the WHO found there were half a million new cases of TB in the world that were multi-drug resistant (known as MDR-TB), meaning that they could not be treated using most medicines.

And about nine percent of multi-drug resistant TB cases also have resistance to two other classes of drugs and are known as extensively drug-resistant TB (XDR-TB). Patients having XDR-TB cannot be treated successfully.

Research has also found that in Southeast Asia, strains of malaria are also becoming resistant to treatment.

In 2012, WHO Director General Margaret Chan warned that every antibiotic ever developed was at risk of becoming useless.

“A post-antibiotic era means in effect an end to modern medicine as we know it. Things as common as strep throat or a child’s scratched knee could once again kill.”

The World Health Assembly in May is an opportunity not to be missed, to finally launch a global action plan to address this crisis.

Martin Khor has been the Executive Director of the South Centre since March 2009. He is a member of the United Nations Committee on Development Policy. Previously, he served as a member of the Board of the South Centre (1996-2002), the  Helsinki Process on Globalisation and Democracy, the International Task Force on Climate Change (2003-2005), the Commonwealth Expert Group on Democracy and Development (2002-2003), the UN Secretary-General’s Task Force on Environment and Human Settlements in the United Nations System (1998), and the intergovernmental Working Group of Experts on the Right to Development under the UN Commission on Human Rights (as Vice-Chairman in 1996 and as a member in 1997). He was educated in Economics in Cambridge University (UK) and the Universiti Sains Malaysia. He has authored many books and papers on trade, sustainable development, intellectual property rights, and development.