When Rebuilding a Town is a Vital Option 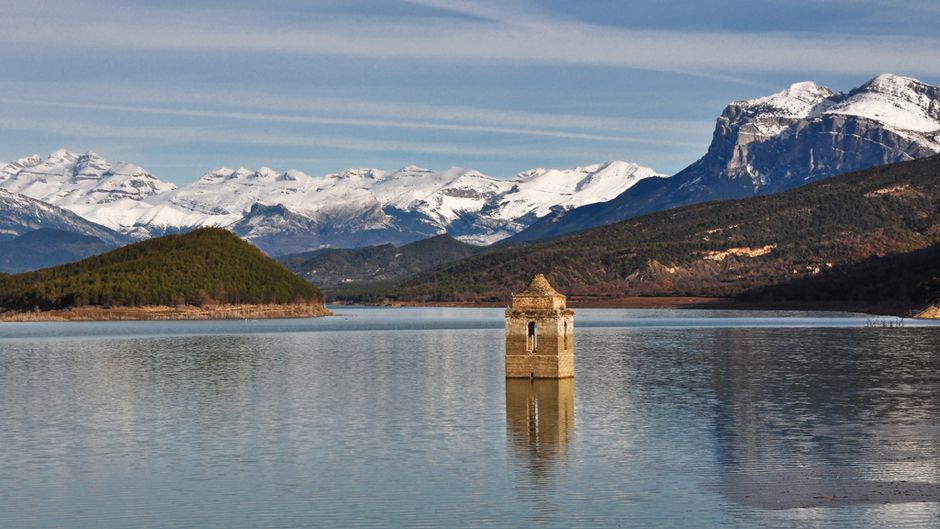 If swamps could speak, their words would transport us to a 1950s rural Spain where it was decided that hundreds of villages would be evacuated in order to implement a “National Hydrographic Plan” that included some villages being entirely submerged under the waters of reservoirs. Today online there are precious posts and photographs of some of those flooded villages, magical stories of the bells of abandoned churches ringing on key dates and other popular legends born from nostalgia and pagan deification of the earth.

But today’s story is about those saved at the last moment, those that, despite being classified as endangered by possible floods, were not reached by rising waters. Stripped of population, the weeds grew in tandem with the cracks on the roofs and façades. Soon, those villages became the image of desolation. They fell into administrative oblivion until they became a problem. What could be done with all those sites in ruins that represented a potential danger and even a cost to the State?

Classified as public domain, during the ’80s the government started to negotiate the concession of their use for a limited period — about 50 years — in exchange for their rehabilitation and repopulation. At that time, unions took over various locations, now converted into resorts, schools, or craft-production centres. 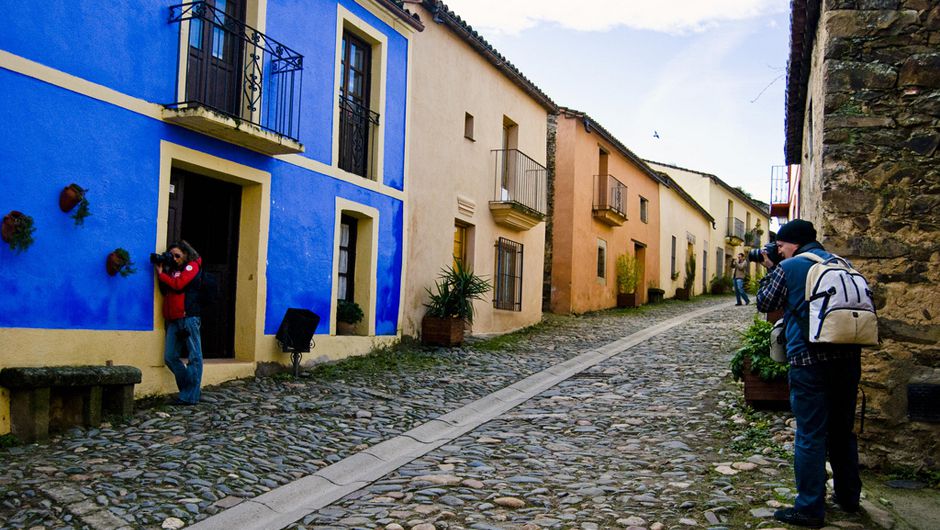 Near the Gabriel y Galán reservoir in Extremadura is Granadilla. Founded by the Moors in the ninth century, the town was evacuated in the twentieth century as it was designated a flood area when the reservoir was built. Declared a Site of Historical and Artistic Interest in 1980, in 1984 this fortified town was included in the Abandoned Village Recovery and Educational Reuse Programme. Since then, there has been a great influx of young people from different parts of Spain to help in rehabilitating the town, through which students learn a trade and experience rural life.

A completely different experience is found in a town in the autonomous community of Navarre in northern Spain, near the Usoz dam. Lakabe was occupied in the early 80s by a small group of young people seeking to live in contact with the earth in a secluded and austere environment. Throughout this time, the community has grown to become one of the main leaders of the ecovillage movement. (Learn more about Lakabe in the following video.)

With a libertarian approach, the General Confederation of Labour (Confederación General del Trabajo, an anarcho-syndicalist trade union) carried out the recovery of Ruesta, in the romantic heart of Zaragoza, on the banks of the Yesa swamp. Conceived as a creative social space where conferences and congresses of social and artistic content were held, today it is in the process of being transformed into an ecovillage. 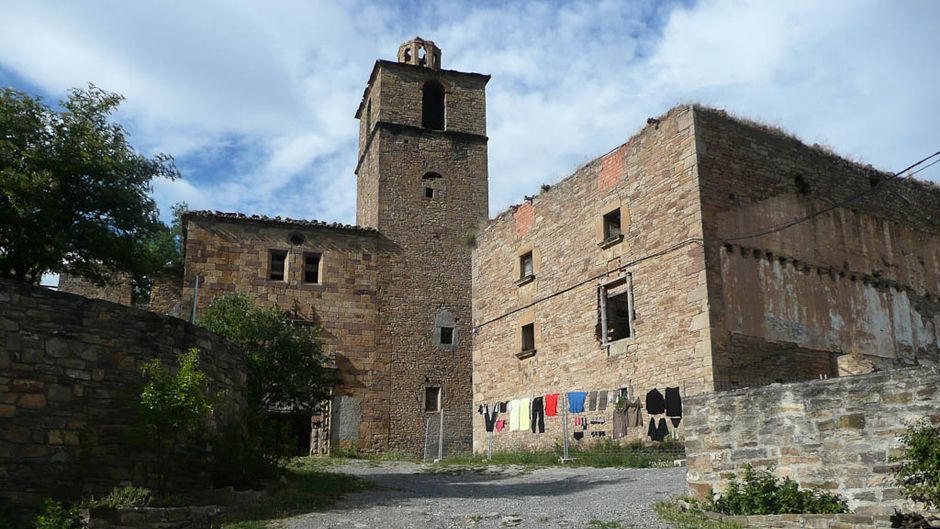 Morillo de Tou, in the Aragonese Pyrenees, near the Mediano reservoir, was restored for tourism and rural purposes by the Workers’ Commissions (Comisiones Obreras) the largest trade union in Spain. Its economic model is based on services and activities related to tourism in a holiday resort context.

Nearby, is Ligüerre de Cinca, expropriated to build the El Grade dam. The project, carried out by the General Union of Workers (Unión General de Trabajadores), began under the cooperative formula with less than a dozen people whose aim was the reconstruction of the town for use as a resort. After recovering the vineyards and launching their own winery, they have developed a sophisticated and quality offering including a spa featuring enotherapy, a hotel for events and personalized packages. Today they are able to accommodate up to 800 people during the holiday season.

These are communal adventures that have entailed common effort and hard work to achieve sustainable economic models and commitment to the surrounding environment. Each of these examples has consolidated a community and has built different life models for its members.

They are radical examples of thinking of one’s own life as an integral option that can be shaped from the bottom up with one’s loved ones, creating a shared economy based on making and selling things that have value to others.

This is a way of doing things that once again claims leadership after seven long years of Spain’s economic crisis. Many will be moved by the need to find alternatives, others by choosing a life option, an ongoing conversation, or both.

Perhaps they are only marginal experiences in an economy going in another direction. Maybe they are the new settlers of an increasingly empty and unproductive countryside. But what is certain is that this first generation of recovered villages, these people who made a life choice based on the act of rebuilding, show how small communities of determined people who are committed to a way of life can turn abandonment into vitality, ruins into homes and inactivity into shared wealth.

This story originally appeared on Correo de las Indias and was translated from Spanish by Alan Furth. Here it includes adaptations and additions by Carol Smith.

The contents of Correo de las Indias are under public domain and can be used freely as long as the following are observed: the right of the work’s creator to recognition of authorship and the right to have the moral integrity of the work respected, that is, it is not used for purposes contrary to the reputation or honour of its author.

A pioneer in the application of network analysis to fields as diverse as health management or public intelligence, Natalia Fernández directs the Las Indias Cooperative Group and manages the Group’s founding cooperative business, Sociedad de las Indias Electrónicas, and Fondaki-SIP-ner, the first European public intelligence company devoted to the internationalization of small- and medium-sized enterprises. She began her career at Think Red in 2000 directing the design and implementation of the first mobile applications for hospital management, disaster relief and management of staff mobility. Fernández was also founder of the ciberpunk.org association (2002), where she coordinated campaigns like Las Indias Library’s “Save cybercafes” in 2004 and more recently Open Network Bilbao (2013), an association dedicated to generating social capital at the service of the internationalization of Bilbao’s small and medium enterprises.