Where the Water Is 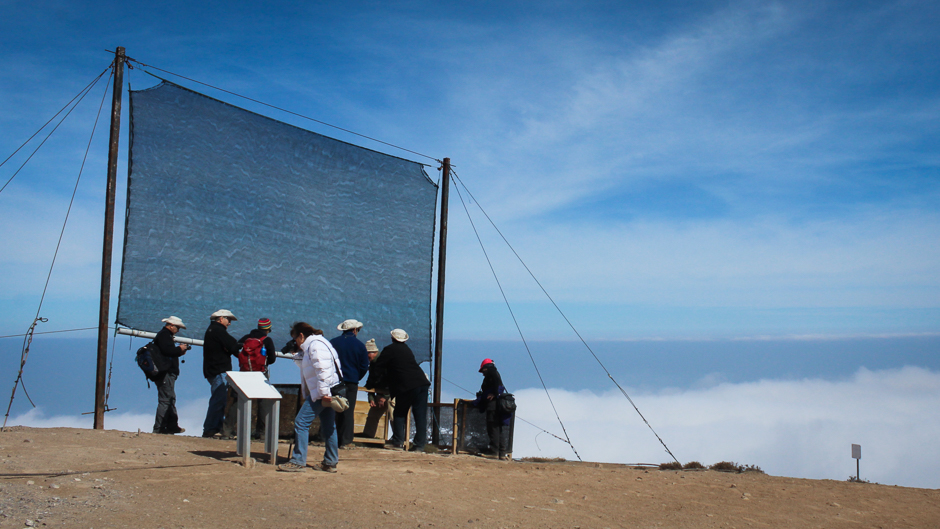 In many parts of the world, there are simply no more conventional freshwater resources available to meet growing demand. Beyond limiting economic development, the lack of sufficient freshwater resources threatens the well-being of billions of people by causing conflict, social unrest, and migration. The only way to address this challenge is by radically rethinking water-resource planning and management in a way that emphasizes the creative exploitation of unconventional water sources.

There is a large and growing number of unconventional sources of fresh water with massive potential, beginning with desalinated seawater or highly brackish groundwater. Already, there are 18,000 desalination facilities in more than 100 countries producing roughly 32 billion cubic meters (8.45 trillion gallons) of fresh water — about one-third of the volume passing over Niagara Falls annually.

Some 44% of global desalinated-water production is taking place in the Middle East and North Africa, and new facilities are being built across Asia, the United States, and Latin America. Annual desalination capacity worldwide is increasing by 7-9%, on average.

Recent studies show that, though the cost of irrigation with desalinated water remains higher than with conventional fresh water, it is declining. A couple of decades ago, desalinated water cost more than US$5 per cubic meter (264 gallons); today, it costs less than US$0.50.

A second promising alternative source of fresh water is fog: a vertical mesh can be used to capture moisture from the air, with the droplets accumulating in a tank or distribution system. Given that fog is very common even in dry areas, fog-harvesting systems amount to a practical, cost-effective way to deliver fresh water directly to rural communities.

Some countries are already taking advantage of this technology. In Cape Verde, a square meter of a collection system yields up to 12 liters (3.2 gallons) of fresh water daily in peak season. In Eritrea, a 1,600-square-meter net harvests up to 12,000 liters per day. The world’s largest fog collection and distribution system was built in 2015 in the mountains of Morocco — an area with low water availability but abundant fog six months out of the year.

Fog harvesting today costs US$1–3 per cubic meter of water. Costs are expected to decrease further as the market for equipment grows and as more village populations take charge of operations and maintenance. Given their simplicity, fog-harvesting systems have minimal running costs and are easily managed by unskilled teams.

Similarly, “micro-catchment rainwater harvesting” — which uses particular slopes and contours to increase runoff from rain and concentrate it in a planting basin where it is effectively “stored” in the soil — is useful for dryland ecosystems where most precipitation is lost. Several projects in the Middle East and North Africa demonstrate the potential of this approach to sustain vegetation growth in very dry areas.

Yet another unconventional source of freshwater is used greywater and wastewater from urban areas. Mechanisms for safely collecting, treating, and reusing such water have been demonstrated and documented, with stringent effluent-discharge regulations in North America, Northern Europe, and Japan setting an example for the world. Groundwater confined in deep geological formations and in offshore aquifers may also be tapped.

A final — and particularly surprising — potential option, which the United Arab Emirates is now exploring, is iceberg towage. While Canada’s oil and gas industry regularly tows icebergs to avoid damage to offshore platforms, for the UAE, keeping ice intact over a 10,000-kilometer (6,200-mile) southward journey, which can take up to a year, is no easy feat. But, given how much water is locked in an average-size iceberg, it is worth consideration.

Despite the demonstrated promise of unconventional water sources, not to mention the urgency of the water challenge in many countries, the potential of these solutions remains woefully underexplored. While most water-scarce countries regulate the use of desalinated water, decision-makers need to update their investment strategies, water-management policies, and public budgets to integrate the full range of water resources.

To this end, governments must abandon their outdated assumption that tapping unconventional water sources would be technically impractical or excessively costly. Efforts should be made to analyze the potential benefits of such investment, taking into account the economic, social, environmental, and health trade-offs of water scarcity.

Governments must also clarify the responsibilities of national water agencies and improve the capacity of water-related institutions at all levels to institute large-scale unconventional-water programs. Best practices should be clarified, innovations identified and tested, and knowledge and experience shared.

The private sector also has a role to play in the shift toward unconventional water resources – a role that must extend beyond current efforts to tap desalinated water and urban greywater and wastewater. Finally, local institutions, nongovernmental organizations, and local communities must be mobilized – for example, through public campaigns showcasing the benefits of harnessing the potential of unconventional water resources.

Sustainable Development Goal 6 calls for universal access to clean water and sanitation. If governments do not embrace unconventional water resources, achieving that goal will be as difficult as getting water from a stone — and the consequences for water-scarce regions will be dire.

This article was first published by Project Syndicate.