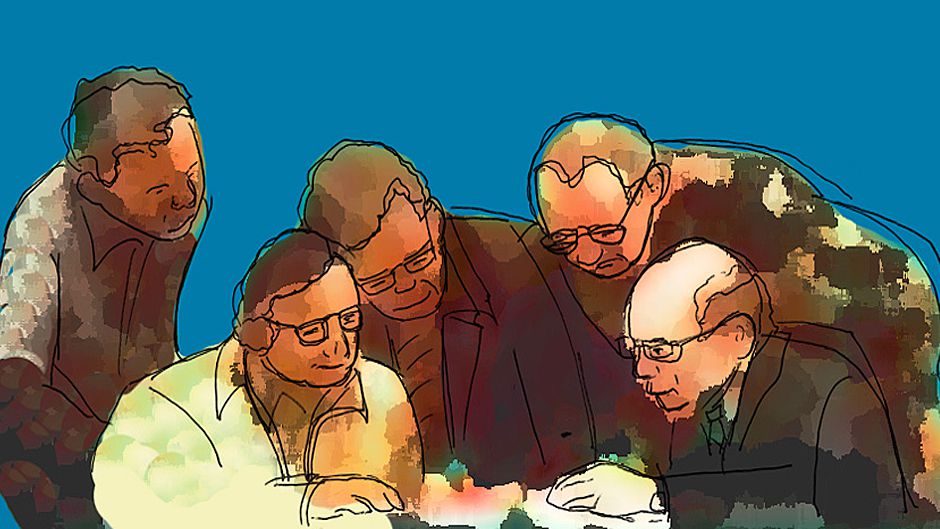 To most, the words COP15 and Copenhagen are sounding quite familiar these days. In millions of minds all over the world these terms are linked to the fact that we need to replace the Kyoto Protocol.

Which is why there is much global anticipation that a brand new, more ambitious treaty will become a reality in Copenhagen this December at the 15th meeting of the conference of the parties (COP15) to the international climate change convention.

The climate conference scene began with 1992’s Earth Summit in Rio de Janeiro. That year, the world finally saw international action on something that had been on government radar screens (thanks to scientists) for over 20 years:  the United Nations Framework Convention on Climate Change was opened for signature.

The convention entered into force in 1994 with signatory countries agreeing to work together to stabilize the amount of greenhouse gases in the atmosphere. The parties to it then began holding annual conferences (COPs) to negotiate its ongoing implementation.

It was at COP3 in Japan in 1997 that the Kyoto Protocol was adopted, though it was 2005 before it entered into force—i.e, when enough countries had ratified it. Ratification carries legal obligations and effectively becomes a contractual arrangement. To date, 184 parties have ratified the Protocol. Of the signatories, only the United States refused to ratify.

While many blame the US’s refusal to ratify for Kyoto’s lack of success, others argue that it was an inappropriate instrument from the beginning.

In a paper entitled The Wrong Trousers (PDF), academics Gwyn Prins and Steve Rayner contend that no market (for carbon emissions in Kyoto’s case), established in a top-down manner by policy, has ever succeeded. “Such fabricated markets invite sharp and corrupt practices,” they note. Further, they argue, the Protocol did not recognize the complexity of the climate change problem and lacked the necessary understanding of its integration into social systems.

Some, like environmental activist Vandana Shiva, see inequity as its key flaw. In her book Soil Not Oil, Shiva writes that Kyoto’s mechanisms are “privatizing the atmospheric commons” for the financial benefit of the already powerful while failing to stop the ravages caused by their emissions.

“Ecologically, carbon trading is a false solution at many levels,” Shiva says. “The ‘trade’ is between polluters… Economic actors that never polluted were never allocated credits and therefore are never able to sell them. There is nothing to encourage truly sustainable development.”

Bali, Bonn and beyond

Regardless of its shortcomings, the Kyoto Protocol was an important step in raising the level of international dialogue and its architecture could help shape the agreement that comes out of Copenhagen.

World governments are already working hard to have a new treaty ready for agreement in December via increasingly intensive rounds of negotiations. This series of sessions was charted by the “Bali Road Map” that was agreed to at 2007’s COP13 in Bali, Indonesia.

That particular meeting was considered by some to represent “a seismic shift in international climate policy” in that it was the first time science seemed to take precedence over politics. It was also a place where poor nations, like Papua New Guinea, demanded action and spoke out against the defiance of the US, as shown in this compelling video summary of key Bali moments.

Bali was also where the Ad-hoc Working Group on Long-term Cooperative Action was set up to get the work going on a new deal. They prepared the negotiating texts—based on ideas and proposals submitted by Parties—for the five pre-Copenhagen negotiating sessions, the first couple of which were held in Bonn in March and June.

The Ad-hoc Working Group on Further Commitments under the Kyoto Protocol is another player key in ensuring success in Copenhagen. It is this group’s job to get consensus on reduction commitments for Annex I (industrialised and ‘in transition’ economies) Parties.

And they have their work cut out for them. At the close of the second round of Bonn talks a few weeks ago, top UN climate change official Yvo de Boer warned that the negotiators are still far from the emission cut range called for by science so as to evade the worst havoc of climate change: a 25% to 40% reduction below 1990 levels by 2020.

At another recent climate meeting (the US-led Major Economies Forum) in Mexico, US negotiators rejected calls by developing nations for more dramatic emission cuts (45%) than those they have publicly discussed (17%). And there are other major emitters—like Canada, Japan and Australia—who have also set targets that are nowhere near the scale of cuts expected by scientists and poorer nations.

So, while recently released data—showing that in 2008, the developing world emitted 50.3% of CO2, exceeding developed nations for the first time—fully backs up the argument for binding emissions targets for all nations, countries like India and China will not feel much like playing ball until rich countries step up.

What the world needs now, from Copenhagen

With several pre-Copenhagen meetings and negotiations to go, there is still hope that things will move in the right direction.

“Between now and Copenhagen, the level of ambition needs to be increased. This is still possible if the opportunities for international cooperative action are fully seized,” de Boer says.

According to him, the following four things need to happen to have a strong agreement ready for Copenhagen:

“If Copenhagen can deliver on those four points I’d be happy,” says de Boer.

Target squabbles aside, Kyoto’s successor is certain to be stronger with the world’s biggest economy on board. For one, de Boer is “really happy” to see the US involved in the process and engaging in climate change policy action domestically too.

He believes Kyoto was rejected by the US because it did not involve action from major developing countries, and because the Bush administration thought it would be harmful to the US economy. This time around, de Boer feels hopeful that President Barack Obama can engage China and India and convince them to sign the next treaty.

There are certainly signs that the world is finally ready to get down to truly tackling the problem. The science of climate change has come a long way and objections on the basis of “scientific uncertainty” no longer hold up. Climate change deniers have gone from being a major political force a few years ago to today being a fringe group of conspiracy theorists and sellouts.

Momentum for a deal is helped along by the fact that international business is less resistant than it was during the Kyoto era. Many of the world’s largest corporations now speak in favour of mandatory emissions limits and some of the unlikeliest players are investing into “green” (though, of course, not all with the sincerest motives).

Another thing helping the promise of a strong climate treaty is that there has been a major shift in global public opinion. Climate change leads the agenda in many countries, even playing a role in elections in some places. What’s more is that campaigns like UNEP’s Seal the Deal and 350 are using social media in an unprecedented attempt to put public pressure on politicians.

So COP15 is shaping up to be an historic event that will either launch the world on the path to a low carbon future, or sink us into international recriminations and finger pointing about not doing enough. Meanwhile, we are placing our faith in the best possible outcome.

Which is why the UN, together with the International Advertising Association, launched Hopenhagen this June: to empower global citizens to engage in COP15. So why not visit Hopenhagen or Denmark’s Climate Thoughts and share your message of hope for the future of our world.

Did this article give you COP15 fever? Visit Adopt a Negotiator and read what “Trackers” (bloggers from around the world following their own countries’ negotiating team) are reporting about the pre-Copenhagen process.

Who Put the Cop15 in Copenhagen? by Carol Smith is licensed under a Creative Commons Attribution-NonCommercial-ShareAlike 3.0 Unported License.