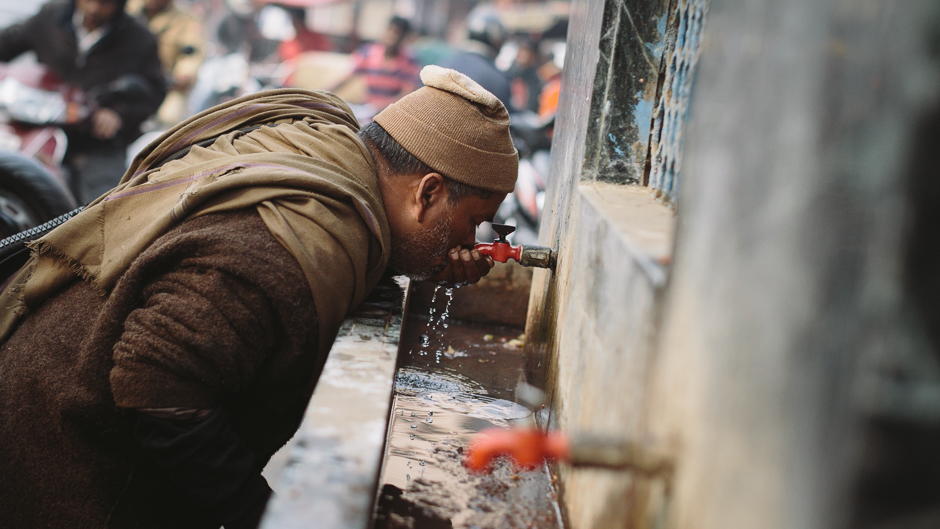 It was a rare success story among the mixed feelings that surrounded the conclusion of the UN Millennium Development Goals. Not all of the ambitious international targets, intended to improve the lives of the world’s poorest people, were achieved on schedule by 2015. But on the issue of access to water, the results were remarkable.

Instead of “halving, by 2015, the proportion of people without sustainable access to safe drinking water” the international community managed it by 2010.

What does that mean? Since 1990, 2.6 billion people have gained access to an improved drinking water source. Better access to drinking water helped improve health, reduce poverty, and advance sustainable development across the globe.

Behind this success was the decision to declare 2005-2015 the International “Water for Life” Decade. Dedicating ten years to, among other things, providing access to water for millions of people proved to be a pivotal factor in making this target achievable.

During the decade, the United Nations General Assembly recognised access to water and sanitation as a human right. And in 2015, the UN General Assembly dedicated one of the new 17 Sustainable Development Goals – the successors to the Millennium Development Goals – solely to water. Specifically, the aim is to “ensure availability and sustainable management of water and sanitation for all”.

So yes, we have made great strides on the “water issue”. And it may come as a surprise that, given the success of the last decade dedicated to water, a proposal for a new International Decade for Action on “Water for Sustainable Development” has been announced by the government of Tajikistan. But we are not done with water yet.

The proposal – part of a call for action adopted by representatives of national governments, civil society, and United Nations entities – will be brought before the next session of the General Assembly in September 2016.

Why another water decade? Because water security and infrastructure are still a huge part of the development challenges we still face. Water relates fundamentally to natural resources and social issues – eradicating hunger and poverty will depend heavily on our attitude to water.

The most glaring water-related challenge the world faces is access to sanitation services, that is, the safe disposal of human waste, from toilets and sewage systems to solid waste management. Today, more than 2.4 billion people do not have access to proper facilities. Poor sanitation is estimated to cost the world US$260 billion per year – more than the entire GDP of Chile.

Kenya, for example, loses US$324 million annually because of sanitation. That’s US$244 million due to premature deaths resulting from diarrhoea, US$51 million in health care costs, US$2.7 million in productivity costs from time absent from work and school as a result of diseases due to poor sanitation, and US$26 million due to productivity time lost looking for a place to defecate.

Water scarcity already affects millions of people around the world. Population growth, rapid urbanisation, more water-intense consumption patterns, and climate change are intensifying the pressure on existing resources. Developing countries in Africa and Asia will carry the main burden of this increase in demand.

Many already suffer greatly from water stress or scarcity, and lack the infrastructure and know-how to address it. Ethiopia, for example, is currently facing its worst drought in decades. More than 10 million people need to rely on food aid.

If we continue on our current path, the world may face a shortfall of 40% in water availability by 2030. Poor sanitation and water scarcity will only make existing regional challenges worse, and undermine our global efforts to advance sustainable development for all.

In short, water is a crucial factor in all aspects of social and economic development. This means that, on the positive side, water is an incredibly useful medium through which many global challenges can be addressed.

The next water decade

Declaring 2016-2026 the “Water for Sustainable Development” decade will raise awareness of the critical state of water resources around the world and inspire more action. To that end, the current proposal has two main objectives.

First, the call for greater international cooperation on water-related issues. In line with the recommendations of the report from the UN Secretary-General’s advisory board on water and sanitation, a “new international water architecture” is needed to make financing and implementation efforts more effective.

Second, the availability and accessibility of information is vital. Any success on this front depends on increasing our knowledge of the water situation worldwide, developing effective water management strategies, and ensuring that those who need this knowledge have access to it.

The costs of inaction

This call for action is an important initiative. But it still does not adequately address the question of how to finance the Sustainable Development Goals.

Governments must invest in water infrastructure, protecting basins and ecosystems, treating wastewater and reducing pollution. As Director of the UN-Water Decade Programme on Capacity Development (UNW-DPC) during the “Water for Life” decade, I worked with national governments and regional partners from all over the world who are grappling with these issues. We were able to conduct more than 125 capacity development activities. But there are many more that could not be addressed because we didn’t have the money.

Developing countries need new water management institutions and utilities, better knowledge of integrated water resources management and the capacity to protect water basins and ecosystems. This requires access to the best available sustainable practices, through training and partnerships. The necessary funds are estimated to be in the trillions between now and 2030. But the cost of inaction is higher.

Why a New Water Decade is Key to Meeting the World’s Development Needs by Reza Ardakanian is licensed under a Creative Commons Attribution-NoDerivatives 4.0 International License. Permissions beyond the scope of this license may be available at The Conversation.

In 2012, Prof. Dr. Reza Ardakanian was appointed by the Rector of the United Nations University and the Under-Secretary-General of the UN as the Founding Director of the new UNU Institute for Integrated Management of Material Fluxes and of Resources (UNU-FLORES) in Dresden, Germany. Since then, he has been leading the academic research and administrative activities of the institute. In 2014, he was appointed by the Rector of the Dresden University of Technology (TUD) in Germany as co-opted Professor at the Faculty of Environmental Sciences of the TUD.

Reza Ardakanian was born in 1958 in Yazd, Iran. He holds a BSc in civil engineering from Sharif University of Technology in Tehran, Iran, an MSc in water resources engineering, and a PhD in water resources management from McMaster University in Canada. He has been a faculty member of Sharif University of Technology in Tehran since 1998 where 15 PhD and MSc students have been graduated so far under his supervision and he has served as a member of the Board of Trustees of the University from 1999-2006. He has authored, co-authored, and edited around 90 publications, including books, journal papers, research reports, lecture notes, and articles for the media.

At the international level, he sat on the Bureau of UNESCO-IHP in Paris (2000-02), the Governing Board of UNESCO-IHE in Delft (2003-07), Managing Board of the International Hydropower Association in London (2004-06), and the Advisory Board of UNU-EHS (2003-07). He was Founding Director of RCUWM, a UNESCO regional center on urban water management based in Tehran (2002-07).

From 2007 to 2015, he served UN-Water as Founding Director of the UN-Water Decade Programme on Capacity Development (UNW-DPC), hosted by the United Nations University. He has also served UNU as Vice Rector in Europe, ad interim, during August 2009 until November 2010.