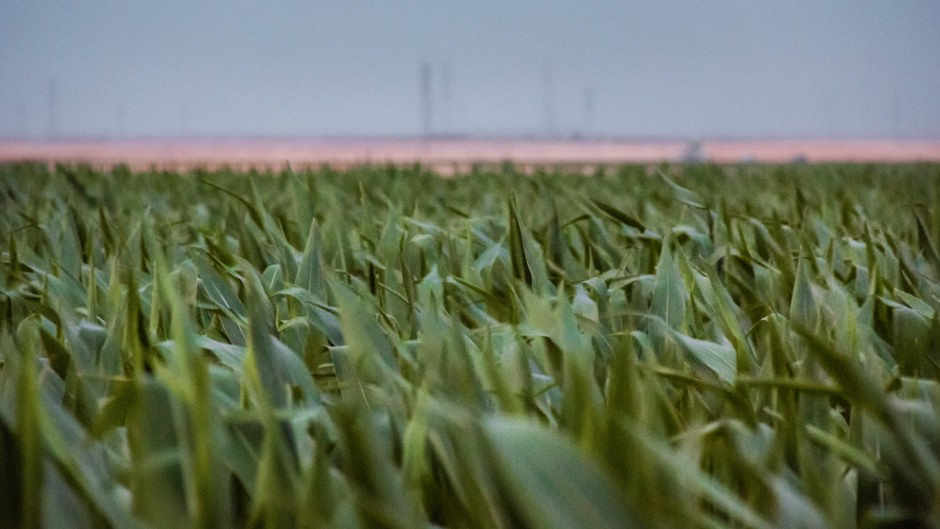 Genetically Modified Organisms (GMOs) are some of the world’s most controversial technologies. Transatlantic disputes arising from the sharp regulatory differences between the two major frameworks — those of the United States and the European Union — have affected research, investment and planting decisions worldwide.

Global factors enabling the global expansion of GMOs include heavy investment, favourable international prices and the expanding role of transnational companies. These conditions, however, do not appear to apply to Spain, where insufficient information, transparency, independent studies and weak social mobilization have left the field open to constant lobbying by GM companies.

The GMO situation in Spain cannot be understood without first grasping the EU’s legal framework for their authorization. Considered restrictive by many, the procedure has nonetheless enabled their rapid spread. It is based on Directive 2001/18/CE, transposed into Spanish legislation by Law 9/2003, and two Regulations: 1829/2003 and 1830/03.

Given the diversity of national, regional, and local conditions under which European farmers work, the European Commission considers that coexistence measures to avoid the unintended presence of GMOs in conventional and organic crops should be developed and implemented by the Member States, and Article 26a of Directive 2001/18/EC entitles them to do so.

However, in 2012 the EU Court of Justice ruled (Case C-36/11) that Member States cannot subject the cultivation of GMOs to an additional national authorization procedure if already authorized via relevant EU legislation. The ruling follows previous case law of the Court that sanctioned France for inappropriate transposition of GM EU rules (Cases C-419/03 and C-121/07), thus setting clear limits to Article 26a.

Presently, several Member States have called for a clause that would allow them to opt out of GM cultivation. Some of these Member States have already banned the cultivation of GMOs on the basis of a safeguard clause (Article 23 of Directive 2001/18/EC) or emergency measures intended to address new information about risks emerging after an authorization has been granted (Article 34 of Regulation 1829/2003). As a result, the European Food Safety Authority (EFSA) did not consider the bans to be scientifically justified, as initially was the case for France. Other countries like Austria, Poland, Hungary, Greece, Luxembourg and Germany have been successful in their bans.

Interestingly, in 2009, 12 of the 21 members of the EFSA GMO panel had a conflict of interest as defined by the Organisation for Economic Co-operation and Development: their involvement with the biotech industry positioned them to potentially exploit their official capacity for corporate or personal benefit. Since then, only one conflicted member has left the panel.

Despite countering claims, another conflict of interest appears to have driven the retraction of a publication of the scientific independent study by a French research group led by Gilles-Éric Séralini, which described harmful effects on rats fed with Monsanto’s GM maize. This retraction from the journal Food and Chemical Toxicology happened after Richard Goodman, who worked from 1997–2004 for Monsanto, joined the journal’s Editorial Board.

The article was retracted under the argument that the small sample size of rats and the rat strain selected were sufficient reasons to question the finality of the conclusions. However, among other counterarguments made by the European Network of Scientists, inconclusiveness of research results is not contained in the guidelines for retractions in scientific publishing, set out by the Committee on Publication Ethics, of which the journal Food and Chemical Toxicology is a member.

France banned Monsanto’s corn line MON810 based on this study and previous scientific findings, but the ban was initially challenged by the EFSA. This line, like other Bt maize, is considered insect resistant because it is designed to contain Bacillus thuringiensis, a pathogen toxic to insects in the Lepidoptera order, including the European Corn Borer.  Based on documentation submitted by France, the EFSA affirmed in 2012 that “…there [was] no specific scientific evidence, in terms of risk to human and animal health or the environment, that would support the notification of an emergency measure […] and invalidate its previous risk assessments of maize MON810”. Despite the EFSA’s and the State Council’s rejection of the ban, the French government decided to maintain it.

Understanding the case of Spain

Despite scientific findings and increasing concerns, and in great contrast with France’s position, Spain currently has the highest adoption rate of Bt maize in the EU since it was first introduced in 1998. In 2012, over 120 thousand hectares of Bt maize were cultivated — 19.5 percent more than the previous year — representing 90 percent of GM crops in the EU.

So why do countries that share a common European legal framework, as well as similar climate and soil conditions, have diametrically opposed views on this issue?

A survey was conducted for the European Commission in 2005 in three of Spain’s leading Bt maize-growing provinces. While results do report higher yields, the study shows statistical significance in only one province, and all Bt maize produced was actually sold for feed manufacturing.

The survey also found that 30 percent of farmers still applied insecticides even when the treatment was ineffective. Although the study praises this percentage as an achievement, data must be contrasted with recent findings on the use of pesticides: in the US, the fifteen-year period following the 1996 introduction of Roundup Ready crops saw herbicide use rise by about seven percent. This percentage, however, would be much higher if “insecticides applied” counted the Bt produced by transgenic plants, as many entomologists propose.

Interestingly, when asked about their reasons for adopting Bt maize, farmers stated “lowering the risk of maize borer damage”, “obtaining higher yields”, and “better quality of the harvest”, though there is no scientific basis for believing that the technology provides any of those results. Moreover, factors including soil type, irrigation intensity, weather conditions or ecological integrity were not analyzed in the study, all of which have direct impact on the three responses provided.

The roots of Spain’s GM openness

In 1998, the Spanish government authorized two varieties of Bt maize 176 for the first time, entrusting the biomonitoring process to the same companies that had created those varieties. The change of government in 2004, from right-wing to more centre oriented, made it possible for the protests coming from civil society to be heard, and a representative from the environmental sector was admitted in the National Commission on Biosafety.

During European Council meetings, the Spanish government shifted from “pro-GMO” responses to “abstention” in most cases. Interestingly, though, Member States’ individual votes are not accessible to the public. Fortunately, votes are recorded by NGOs, uncovering the inconsistency of the country’s neutral EU position and policies at the national level: the same government approved 14 new varieties of maize MON810 in July 2005, bringing the total number to 40 at that time. Although Bt 176 varieties were removed from the country’s list of authorized GMOs in 2005, today the total number of approved GM commercial varieties is 116.

The difference between the GM maize cultivation rates of France and Spain stems, on the one hand, from weak mobilization of social organizations and insufficient public debate in Spain and, on the other, from the Spanish government’s support of GM companies.

A weak social mobilization compared to the French case could originate from the difference in the sociological composition and history of the French and Spanish countrysides. Unlike Spain, France experienced a phenomenon of neo-ruralisation after May 1968, which led to the formation of strong agricultural unions devoted to protecting the rights of small-scale farmers (e.g., Confédération Paysanne).

At the same time, the Spanish rural population is not as receptive to alternatives, such as organic agriculture, as the French. Although a number of regions have declared themselves GMO-free zones, which highlights the disconnect between national government and local populations, the productivist approach still remains unchallenged, and this includes GMOs.

Furthermore, cables released by WikiLeaks revealed that, according to Monsanto, the French government would have contravened WTO regulations by banning MON810, and that the company would seek compensation. The Spanish government possibly saw this as a retaliatory threat.

In addition, these cables showed that US diplomats were working directly for GM companies like Monsanto to help ensure Spain’s adoption. “In response to recent urgent requests by [Spanish rural affairs ministry] Josep Puxeu and Monsanto, post requests renewed US government support of Spain’s science-based agricultural biotechnology position through high-level US government intervention.”

It also emerged that Spain and the US worked closely to persuade the EU not to strengthen biotechnology laws. In one cable, the embassy in Madrid writes: “If Spain falls, the rest of Europe will follow.”

Lack of transparent requirements and procedures for GMO adoption and development remains an issue both at national and European levels. While registers of approved GMOs at both levels remain, in principle, open to the public, information appears limited and highly technical.

There is also an overall lack of independent scientific studies. Instead of being undertaken by the CSIC (Spain’s leading public scientific research institute), they are first carried out by the companies themselves after 90-day tests, clearly insufficient compared to the two-year period required for pharmaceutical products. Governmental or European agencies might conduct further research, but these often pick scientific evidence at their convenience and include members who are in conflict of interest.

Furthermore, weak social mobilization and the shutting-out of NGO and critical civil society voices have played a major role in the rapid spread of GMOs. Additionally, Spain has been made deliberately dependent on European agricultural subsidies, where local communities are rendered particularly vulnerable to supra-national decisions and left with very little or no voice in those fora.

The connivance of political powers with the private sector, already known before the WikiLeaks revelations, was further evidenced by sudden changes of policy by ministers of agriculture before and after their election. The politicization of the issue cannot be avoided, but information, transparency and social participation must be fostered in order to prevent misinformed farmers’ decisions, private benefit-oriented political decisions and the quietening of social sectors key in this process.

Why and How Spain Became the EU’s Top Grower of GMOs by Paula Fernandez-Wulff is licensed under a Creative Commons Attribution-NonCommercial-ShareAlike 4.0 International License.