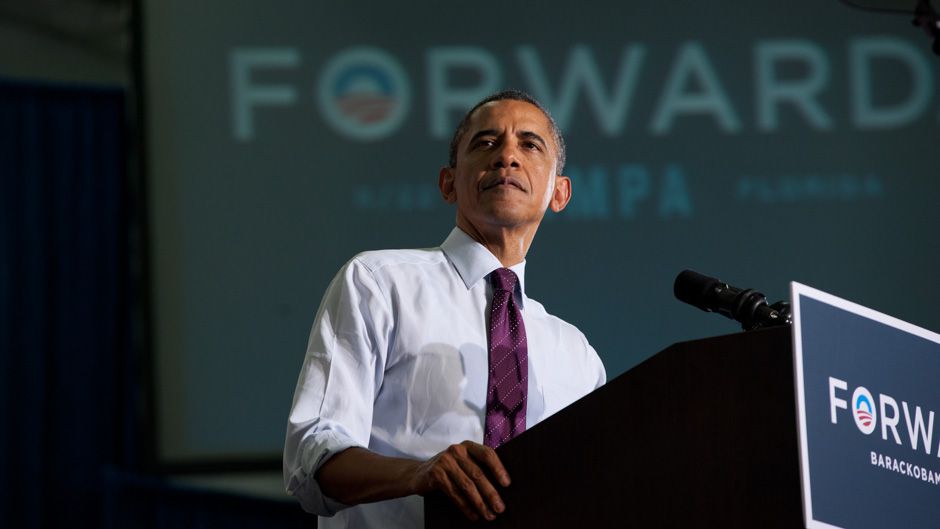 Believe it or not it was President Barack Obama back in 2008 during his campaign for the office of President. Yet today, four years later, the United States (US) still lacks a federal climate policy and this moment Obama referred to has yet to eventuate.

It would be easy to assume that this policy has failed to materialize because of the ascendancy of the conservative Tea Party movement in the 2010 congressional elections. That alliance between climate sceptics and government sceptics is definitely part of the story, as we have discovered first hand here on Our World 2.0 with hot debate.

Further linked with this resurgence of America’s right-wing, commentators commonly cite unique “institutional rules requiring bills receive a 60-vote supra-majority” (out of 100) in the US Senate (to avoid the dreaded “filibuster” through which members can delay voting on a bill simply by extending debate on it endlessly).

The Obama administration’s focus on healthcare reform could also be blamed for America’s continuing failure to enact climate legislation back in 2009 when a majority Democratic Congress were in power but did not pass The American Clean Energy and Security Act (Waxman-Markey House Bill 2454).

But the story is slightly more complicated than that, according to researchers at the Japan-based Institute for Global Environmental Strategies (IGES). In a May 2012 working paper, entitled “Why the US Lacks a Federal Climate Policy”, authors Eric Zusman et al. posit that “Collective Action Problems” and the phenomenon of the self-described “Blue Dog Democrats” prior to the Tea Party’s rise, better explain why this major policy malaise has come about.

It is, they point out, a situation that not only has implications for US politics but also for the future of the planet. After all, the US is the world’s largest economy and has emitted a significant 30 percent of the world’s carbon emissions historically. In the paper, IGES attempts to illustrate statistically why these often-overlooked dynamics are absolutely critical to understand.

Readers will be familiar with the basic problem of “free-riders” who, in the case of climate change, will be those nations like the US who have actively enjoyed the “benefits of stable climate”, including historically, but are reluctant to contribute to the global public good of reduced CO2 emissions. IGES researchers make clear that this dynamic exists in the US and in other countries like Australia, even though in reality very few segments of the population (such as those who own and work in the fossil fuel industry) actually benefit from the under-supply of the public good in question, and arguably only in the short–medium term.

So why have the diverse forces supporting action on climate change, including not just the environmental movement but also pro-low carbon segments of the business and the US military, been thwarted by a minority of special interests?

This is where the so-called Blue Dog Democrats come into the picture. These more conservative forces of the liberal half of US politics are geographically centred in heavy industry, including coal-producing, states. The authors point out that a solution to the Democrat’s collective action problem (even with the necessary Senate majority enjoyed in 2009) was thwarted by Democrats representing constituencies where coal-fired power plants would be affected by any pro-climate legislation.

A statistical model illustrates the relationship between a given Congressional representatives’ vote on climate legislation and per capita levels of CO2 emissions in his or her district.

For the Republicans, on the other hand, the authors remark that “there is no inherent conflict between their traditional distaste for intervening in free markets and opposition to climate legislation that intervenes in those markets”. The critical point here is that it is “easier for Republicans to stand together against climate change than for Democrats to stand together for climate change legislation”.

To be sure, Zusman and his fellow researchers tested their assumptions through a statistical model that illustrates the relationship between a given Congressional representatives’ vote on climate legislation and per capita levels of CO2 emissions in his or her district. Expectedly, they found that Republicans are “unlikely” to vote for climate change legislation, even in districts where emissions are low and the risks of voting for the legislation could be assumed to be lower.

The Democrats provide a completely different story. While at around 10 tonnes per capita 75 percent of Democrats would vote for the legislation, at 17 tonnes per capita the figure falls to about 50 percent.  In other words, where emissions are high, Democrats are unlikely to support a policy that proposes cuts in emissions.

This lack of party cohesiveness on a key policy platform was also exacerbated by the rejection of proposed legislation by liberal House members who felt that the legislation was not groundbreaking enough.

In politics it is often said that “disunity is death”. For the Democratic Party, this divided position has, to date, pre-empted any meaningful legislative climate change action.

So what does this political reality mean for the future? We know that the possible presidential successor has, in his true Romney-style, flip-flopped on this issue in the pursuit of votes from the most conservative. With so many unconvinced in his own party about his conservative credentials, it is hard to imagine Romney flipping back to a proactive position if he were to assume office.

But even if Obama wins a second term in office, barring any drastic progressive movement in the attitudes of Republican representatives, the first thing that needs to happen is for the Democrats to regain the magic 60-plus seats required in the US Senate.

Even then, as the IGES authors point out, the Democrats will first need to work harder to convince their own party members of the merits of climate action. The question is how can this be articulated in districts where coal power is a wealth creator and a job provider. This is something we would like to see the authors and other opinion-makers delve into more deeply.

Until then, we must accept the fact that the moment when the rise of the oceans begins to slow and our planet begins to heal as a result of US climate action, is just an idea whose time has not yet come.

Why Does the US Lack a Federal Climate Policy? by Mark Notaras is licensed under a Creative Commons Attribution-NonCommercial-ShareAlike 3.0 Unported License.