Why Ending Malnutrition Is a Quintessential 21st Century Development Goal 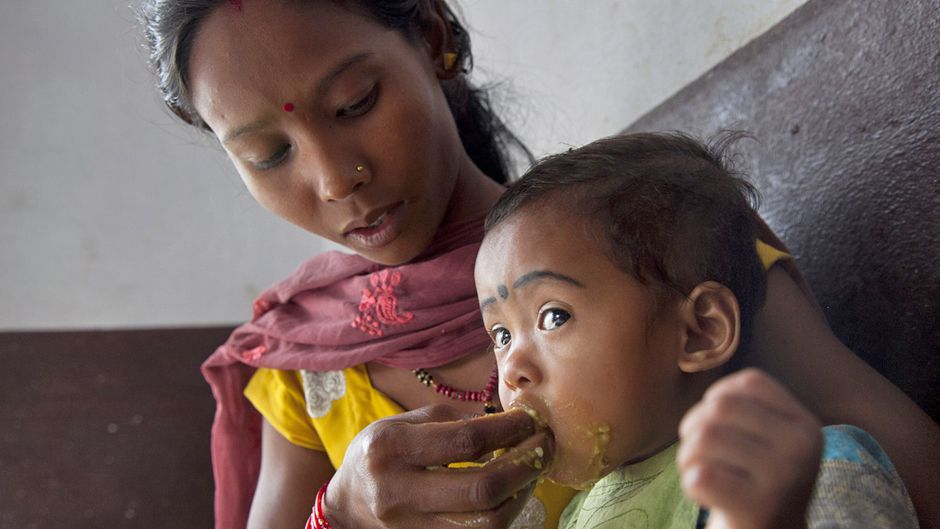 In the run up to the announcement of the Sustainable Development Goals (SGDs) in September every development issue is clamouring for attention. The constituencies behind each issue run the risk of being accused of ‘bandwagoning’— linking their particular issue to the SDGs when the arguments for such a link are less than strong.

I am a big advocate of nutrition goals being strongly embedded within the SDGs. At present, the 17 goals are underpinned by 169 targets and only one includes nutrition indicators (targeting malnutrition in children under 5 years old). This is surprising. The recently-released Global Nutrition Report, which I co-chaired, concludes that malnutrition — undernutrition, like stunting, and overnutrition, like obesity — affects 1 in 2 people on the planet. In fact, only two countries, China and South Korea, fail to cross these nutrition and public health ‘red lines’, but they are both very close.

Make no mistake, the consequences of malnutrition are severe. Forty-five per cent of under-5 deaths are associated with undernutrition. Undernutrition represents a year-on-year drag on African and Asian GDP of 11%. Obesity in the US costs 10% of median income, and obesity in China is forecast to cost it 9% of GNP in 2025.

But some may argue that the large scale and serious consequences of a problem are merely necessary, not sufficient, features for an issue to make it into the SDGs. There are three other things needed to make a convincing case for an issue to be targeted by the SDG — and malnutrition has them all.

1.  The issue has to have relevance for all countries: low-, middle- and high-income. The MDGs were about rich countries as donors and poor countries as recipients. Those days are waning because the SDGs will be funded by increasingly large domestic resource mobilization flows and affect all countries.

Nearly all countries are dealing with some type of malnutrition, whether calorie or micronutrient deficiency interacting with infectious diseases. Or overweight and obesity, which are major risk factors for diet-related chronic disease such as diabetes, hypertension, and heart disease. In fact nearly half of all countries are dealing with both undernutrition and overnutrition at the same time.

2.  The issue must be relevant for intergenerational equity. After all, this is the concept at the core of sustainable development: what does this generation do to enable or diminish the ability of the next to survive and thrive?

Malnutrition is very relevant for intergenerational equity, malnourished mothers are more likely to give birth to malnourished babies, the females of which are more likely to grow up to give birth to malnourished babies of their own. This cycle perpetuates malnutrition, poor educational attainment, and poverty across the generations. Malnutrition requires different sectors (health, agriculture, social welfare, education, science) and different stakeholders (government, civil society, business, international development partners) to come together to resolve the complex set of issues which revolve around an interplay of deprivation, behavioural changes, and enabling environments.

Surely countries can do this on their own? Well, they can, but because of the strong link to diet choices and greenhouse gas emission levels (healthy diets tend to have lower carbon footprints) the power of working together to find ways of changing norms and environments to promote healthy eating is enormous.

Add to that a set of proven interventions with high-benefit cost ratios (median of 16:1 across 40 countries) and you have a perfect case for the inclusion of, at a minimum, the six nutrition indicators that have been agreed by all 193 health ministries around the world and enshrined in the World Health Assembly in 2012.

This is why nutrition improvement is a quintessentially twenty-first century issue: it affects nearly every country, damages intergenerational equity, and requires collaboration across a wide set of actors and countries. We know what to do to turn the tide of malnutrition and thanks to growing knowledge, commitment and domestic sources of funding, we have the best ever chance to implement the necessary scale up of efforts. The health of the people, and the planet, depend on it.

Note: the source for all statistics is the Global Nutrition Report 2014.

This work is licensed under a Creative Commons Attribution-NonCommercial-ShareAlike 3.0 IGO License.