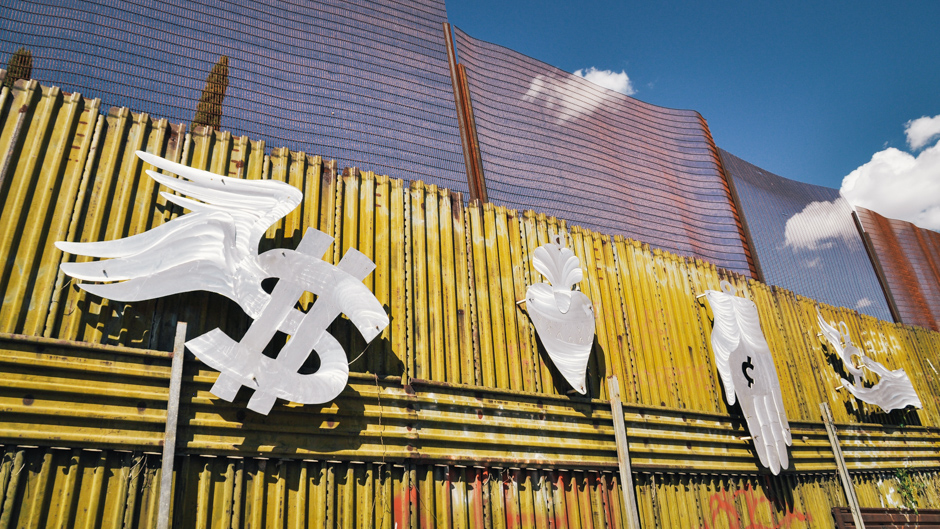 In recognition of the International Day of Family Remittances, United Nations University researcher Julia Blocher discusses the potential socio-economic consequences of a proposed bill to tax migrant remittances sent from the United States to countries in Latin America and the Caribbean.

One of the Trump administration’s most controversial promises is to build a wall between Mexico and the US to stem the flow of migrants. The reality of how to pay for this wall is still in question, but the campaign vow that Mexico would somehow foot the bill is still in play.

The current incarnation of this vow is the Border Wall Funding Act of 2017, which proposes “to amend the Electronic Fund Transfer Act to impose a fee for remittance transfers to certain foreign countries”. The underlying misconception is that remittances — money transfers made by migrants to their home countries — are an untaxed revenue stream that should be leveraged to pay for wall construction.

But remittances from the US to Mexico are already fined at around 5%. Plus, remittances are worth far more than their face value.

An extensive new study suggests that poorly conceived policies that restrict the flow of money between migrants and their home countries would have drastic, far-reaching, socio-economic consequences.

Let’s look at three examples of what could happen if the Border Wall Funding Act passes:

First, it could limit the most significant and effective source of global development aid. More than 200 million migrant workers sent roughly US$445 billion back to their families in developing countries in 2016. That’s more than the GDP of Austria in 2016. Over the past two decades, remittance flows have been triple that of global official development assistance. Stable, reliable flows of income are the cornerstone of entrepreneurship, and remittances have remained resistant to decline even in times of global economic downturn, as was witnessed in the wake of the 2008 financial crisis. In poor contexts, remittances are used for long-term resilience-building efforts, such as improving housing, education and healthcare.

Second, levying undue fees and charges on remittances — on top of all other income taxes paid — could push immigrants to use more “grey” channels to transfer needed funds. Supporting the growth of these informal channels engenders serious risks. The average cost of remitting in each region of the world is on the decline, but remains high, ranging from 6% in Latin America and the Caribbean to 9.5% in much of sub-Saharan Africa. In 25% of bilateral remittance corridors the cost can exceed 10%, such as from France to Haiti.

Regulating remittances is necessary to curb money laundering and terrorist financing, but increasing regulation of “informal” channels has led to some unintended, perverse consequences for migrants and their families, denying millions of people critical financial resources. While the percentage of the principal amount is relatively small for large flows of money for trade and investment, hoisting the same cost on a series of small, repeated and personal transfers can represent an undue burden. To avoid this and encourage the use of formal channels, we must reduce the cost of personal remittances and strengthen the financial infrastructure that supports it.

Third, excessive fines on remittances would remove the safety nets that keep families afloat during times of crisis. Migration helps households diversify income and increase their preparedness for future hazards. In Haiti, for example, United Nations University (UNU) research found that households with a migrant family member in the US — including those who received temporary protection status following the 2010 earthquake — had greater capacities to bounce back after the disaster and showed higher indicators of well-being over time including income, education, health and nutrition, housing, and social capital. This is hardly surprising, as natural disasters and humanitarian crises usually trigger waves of solidarity among migrant communities who organise themselves to provide relief efforts. UNU found that Remittances to Haiti surged 20% in the wake of the 2010 earthquake, yielding an extra US$360 million.

Encouraging and enabling the formal transfer of funds between migrants and their families has far-reaching socio-economic benefits. As discussions continue at the United Nations on the drivers of migration — part of a process towards a Global Compact on Migration — the risks of limiting remittances must be considered.

Migration always has been, and always will be, an overwhelmingly positive social phenomenon. Closing borders — whether they be financial or geographical — merely drives people to choose more costly, precarious and dangerous pathways to get where they need to go, wall or no wall.

The views expressed in this article are those of the author and do not necessarily represent the views of the United Nations University.

Why Funding a US/Mexico Wall with a ‘Remittance Tax’ is a Recipe for Disaster by Julia Blocher is licensed under a Creative Commons Attribution-NonCommercial-ShareAlike 4.0 International License.

Julia Blocher was a Research Officer at the United Nations University Centre for Policy Research in New York and is an associate member of the Hugo Observatory: Environment, Migration, Politics (Department of Geography, University of Liège, Belgium). Her research seeks to inform policies that address migration and displacement, and especially the linkages to climate change.