Why Is It so Hard to Save the Biosphere? 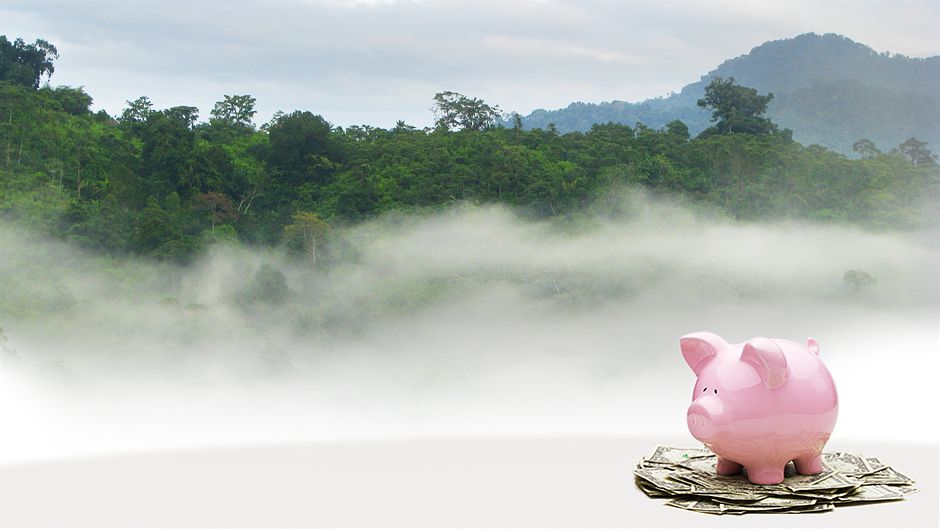 Why is it so easy to save the banks — but so hard to save the biosphere? They bailed out the banks in days. But even deciding to bail out the planet is taking decades.

Nicholas Stern estimated that capping climate change would cost around 1% of global GDP, while sitting back and letting it hit us would cost between 5 and 20%. One per cent of GDP is, at the moment, $630 billion. By March 2009, Bloomberg has revealed, the US Federal Reserve had committed $7.77 trillion to the banks. That is just one government’s contribution: yet it amounts to 12 times the annual global climate change bill. Add the bailouts in other countries, and it rises several more times.

This support was issued on demand: as soon as the banks said they wanted help, they got it. On just one day the Federal Reserve made $1.2tr available — more than the world has committed to tackling climate change in 20 years.

Much of this was done both unconditionally and secretly: it took journalists two years to winkle out the detail. The banks shouted “help” and the government just opened its wallet. This all took place, remember, under George W. Bush, whose administration claimed to be fiscally conservative.

But getting the US government to commit to any form of bailout for the planet — even a couple of billion — is like pulling teeth. “Unaffordable!” the Republicans (and many of the Democrats) shriek. It will wreck the economy! We’ll go back to living in caves!

I’m often struck by the wildly inflated rhetoric of those who accuse environmentalists of scaremongering. “If those scaremongers have their way they’ll destroy the entire economy” is the kind of claim uttered almost daily, without any apparent irony.

No legislator, as far as I know, has yet been able to explain why making $7.7 trillion available to the banks is affordable, while investing far smaller sums in new technologies and energy saving is not.

The US and other nations began talking seriously about tackling climate change in 1988. Yet we still don’t have a legally binding global agreement, and we are unlikely to get one until 2020, if at all. Agreements to help the banks are struck at economic summits without breaking sweat, yet making progress at climate summits looks like using a donkey to tow a 44-tonne truck.

That said, the outcome at Durban, after some superhuman feats of traction, was better than most environmentalists expected. After Copenhagen and Cancún, it seemed implausible that rich and poor nations would ever agree that they would one day strike a legally binding treaty, but they have. That doesn’t mean that the outcome was good: even if everything happens as planned, we are still likely to end up with more than 2°C of warming, which threatens great harm to many of the world’s people and places.

The clearest account of the negotiations and the outcome of the Durban meeting that I have read so far has been written by Mark Lynas, who attended as an adviser to the president of the Maldives. The byzantine complexity he documents is the result of 20 years of foot-dragging and obstruction. When powerful countries want to do something, they do it swiftly and simply. When they don’t, their agreements with other nations turn into a cat’s cradle.

Here are some of the key points:

• The most important negotiations boiled down to a battle between two groups: the European Union, least developed countries (LDCs) and small island states on one side, which pressed for steeper, faster cuts, and the US, Brazil, South Africa, India and China on the other side, seeking to resist that pressure.

• The first group (EU + LDCs) succeeded in one respect: the other nations agreed to work towards a legally binding deal “applicable to all parties”. In other words, unlike the Kyoto protocol, which governs only the greenhouse gas emissions of a group of rich nations, this will apply to everyone. (It doesn’t necessarily mean that all nations will have to reduce their emissions however).

• The first group failed in its attempt to get this done quickly. The poorest nations wanted a legally binding outcome by the end of next year. But the US-China group held out for 2020, and got it. Unless this changes, it makes limiting the global temperature rise to 2°C or less much harder — perhaps impossible.

• The Kyoto protocol, though it will remain in force until either 2017 or 2020, is now a dead letter. In fact, Lynas suggests, unless the loopholes it contains are closed it could be worse than useless, as they could undermine the voluntary commitments that its signatory nations have made.

• The countries agreed to create a green climate fund to help developing nations limit their greenhouse gas emissions and adapt to the impacts of global warming. But, with three exceptions — South Korea, Germany and Denmark — they didn’t agree to put any money into it. The fund is supposed to receive $100 billion a year: a lot of money, until you compare it to what the banks got.

• Between now and 2020, all we have to rely on are countries’ voluntary commitments. According to a UN study, these fall short of the cuts required to prevent more than 2°C of global warming — by some 6 billion tonnes of carbon dioxide.

• But as the Durban agreement conceded, 2°C is still too high. It raised the possibility of pledging to keep the rise to no more than 1.5°C. This would require a much faster programme of cuts than it envisages.

So why is it so easy to save the banks and so hard to save biosphere? If ever you needed evidence that our governments operate in the interests of the elite, rather than the world as a whole, here it is.

This article was published on guardian.co.uk on 16 December 2011.