Why John Norris is Wrong About the World Humanitarian Summit 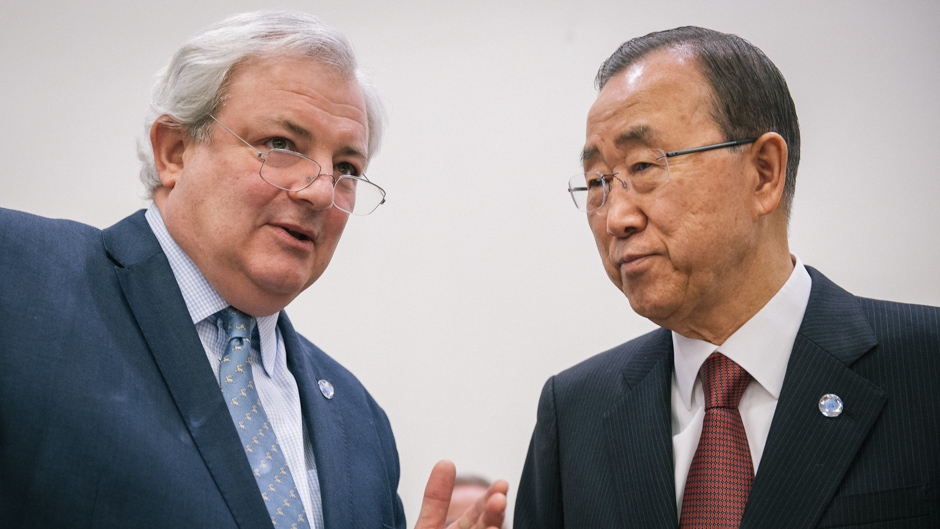 In a recent issue of the journal Foreign Policy, John Norris (executive director of the sustainable security and peacebuilding initiative at the Center for American Progress) characterises the upcoming World Humanitarian Summit as “a train wreck”. UNU-GCM Research Fellow Valeria Bello has a different opinion, and offers a rebuttal to his three main criticisms.

I would, however, like to address the three reasons that Norris considers the World Humanitarian Summit process to have “gone so wrong”.

First, he disparages its organisation. Norris complains that, unlike previous successful summits, the World Humanitarian Summit has not already produced, through closed-door meetings, “major agreements” between influential individuals in the world of politics and economics, thus “allowing beaming world leaders a chance to stand on the stage and talk about all the hard work, compromise, and the spirit of unity that brought them to that day”.

In other words, Norris says the reason that the UN will fail with the World Humanitarian Summit is because the process has been truly democratic and transparent, as global citizens are requesting.

I very well understand that, for some, the wishes of global citizens are not as important as the desires of world leaders. World leaders have to deal with complex, interconnected issues that are particularly difficult — as, for instance, the so-called refugee crisis.

However (though the expectation may be a bit naïve), the first commitment that governments have is to their citizens. It is clear from scientific data that in many countries of the world (including a vast majority of European countries), most of their citizens are positive towards migrants. The real issue is not that the refugee crisis is too hard to deal with, but rather that governments do not seem willing to listen to either the rational arguments of scientists and experts or the positive attitudes of the majority of their citizens.

A second problem with the summit, according to Norris, is its location: Turkey — where (he says) the “government increasingly resembles the kind of autocracy that triggers humanitarian emergencies in the first place”. I would argue, instead, that this is exactly why this place will benefit from a transparent, democratic UN process of gathering world leaders and civil society to discuss humanitarian emergencies.

In the same paragraph, Norris mentions the real trigger for his concern: fear of terrorism. Turkey is “a particularly difficult spot for the summit because of ongoing security concerns”, he cautions, and “the summit makes an appealing target”. Peaceful global relations and international security are certainly among the main targets of terrorist activities, and the security field and the humanitarian sector are evidently intertwined. But more integrated and inclusive societies, as espoused by the World Humanitarian Summit, will make it more difficult for terrorist to swell their ranks, and will weaken their arguments that are fed by hate, violence, and social divisions.

Norris cites as his third reason the fact that Médicines Sans Frontières (MSF) recently announced its decision to pull out of the summit. I understand the basis of MSF’s criticism. I can understand that those in the field, who daily witness a total lack of humanity in one part of the world, are disappointed when they also observe a lack of solidarity in the part of the world that is supposedly the most equipped in terms of welfare, economic resources, and rights.

Clearly, those countries that can, should feel a moral responsibility to provide assistance. But how are the big powers of the world responding to the ongoing huge humanitarian crisis? Are they making all possible efforts to ensure peaceful international relations, or are they stuck between fear and divisiveness?

In any case, this is not the fault of the UN and its agencies, which have tried hard, with extremely scant funds, to provide support. The failure comes from governments who are reluctant to provide needed assistance. Even among  governments who are responding to the situation by providing funds, too often those who receive the funds, and the conditions on which they receive the funds, are not the most appropriate.

As an example, it is not a strategically clever idea to fund other governments to stop migration. First, migration cannot simply be stopped — desperate people will always try to flee because of violence, hunger, or fear. Asking other governments to stop migration will only lead to more violence. Further, states do not really know the desires of their own societies. The vast majority of citizens of many countries are open to a different world, one that is inclusive and interconnected.

If the World Humanitarian Summit is a mess, who made it? Not the United Nations. This world can work much better together if everyone is brave enough to stop those who try to divide through fear-mongering.

Norris is right, though, when he says that the summit “should be seen as the beginning of a process, not its culmination”. Far from being a “train wreck”, the World Humanitarian Summit has the potential to be a real success, one that we can build on, and we all (including the MSF) should participate to make this happen.

Why John Norris is Wrong About the World Humanitarian Summit by Valeria Bellow is licensed under a Creative Commons Attribution-NonCommercial-ShareAlike 4.0 International License.

Valeria Bello is a Research Fellow at the United Nations University Institute on Globalization, Culture and Mobility (UNU-GCM) in Barcelona, and coordinator of the recently launched UNU Migration Network. She is a political sociologist with a particular interest in questions of prejudice, inter-ethnic conflict and the role of non-state actors in human and international security.