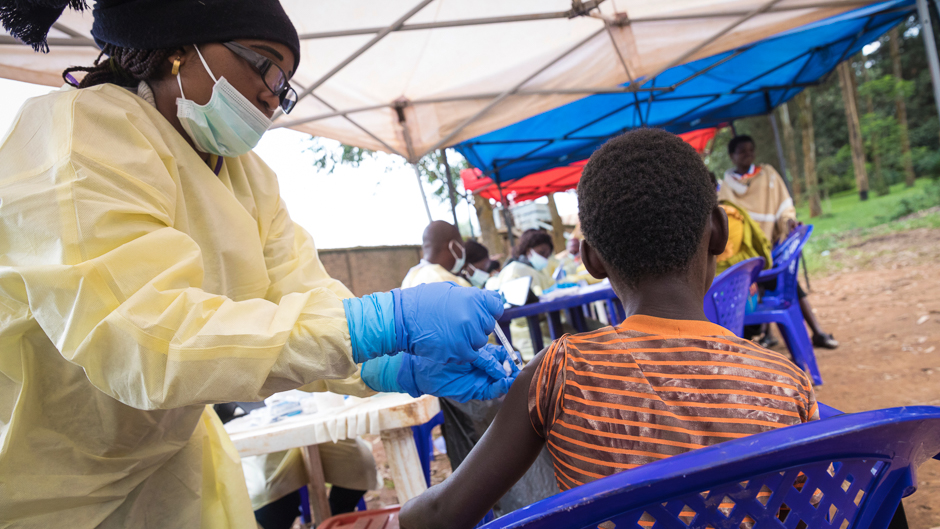 In mid-July the World Health Organization (WHO) declared the Ebola epidemic in the Democratic Republic of the Congo (DRC) a Public Health Emergency of International Concern. At the time over 2000 cases had been reported. A factor that is likely to have influenced the decision was that a new case had been noted near Goma near the border with Rwanda. The fear was that the disease would spread through Goma, a city of two million people, and that it would rapidly cross into Rwanda, Uganda, and Burundi.

The decision was taken by the International Health Regulations Emergency Committee at the fourth meeting it had held since the DRC epidemic began a year ago.

Global efforts to manage epidemics are documented as far back as the black plague in Europe in the 14th century, where borders were monitored for infections. Since that time, rules have been developed and honed to keep up with the emergence of new diseases as well as with the growing complexities of a world that’s increasingly connected through travel and trade.

An epidemic refers to a specific pattern of exponential growth in infections — above the usual expected occurrence — over a short time frame, usually days or weeks. Epidemics have an acutely disruptive and immediate impact that requires urgent attention.

Ebola is an example. Any delay in response can be critical because of the exponential growth in case numbers. This was seen during the outbreak in West Africa in 2014. In March there were only hundreds of cases. Within months the number had spiked to over 28,000. Most could have been prevented if there had been a more immediate response.

Other diseases such as malaria or HIV can affect large numbers of people too, but are not epidemic diseases. Changes to these endemic infections occur more slowly, typically over years.

Measles is another epidemic disease. Even though there’s a cheap and effective vaccine and vaccination rates are high in many countries, it remains a leading killer in the world. Outbreaks continue to occur in low and high income settings. So why hasn’t it been declared a public health emergency of international concern?

The combination of a serious epidemic disease such as Ebola, with a high case fatality rate, occurring in a low-income setting beset by conflict, as well as the risk of spread to other countries, would have influenced the WHO decision on Ebola in the DRC.

The seriousness of an epidemic is a function of several factors. These include the degree of contagiousness and potential for rapid spread, severity of infection, case fatality rate (the number of infected people who die), availability of vaccines or treatment, impact on travel and trade, and the socio-economic context.

Measles is in fact much more contagious than Ebola. But the case fatality rate is much lower — 0.2% compared to 50%-90% for Ebola.

The context of the epidemic also matters. For example the risk from Ebola was much higher in West Africa in 2014 where the case fatality rate was over 70%, compared to only 20% in the US where high quality healthcare was available.

So, the combination of a serious epidemic disease such as Ebola, with a high case fatality rate, occurring in a low-income setting beset by conflict, as well as the risk of spread to other countries, would have influenced the WHO decision on Ebola in the DRC. Perhaps the delay in making the decision in the 2014 in West Africa — now recognised as a missed opportunity — may also have been a consideration.

Declaration of a “public health emergency of international concern” by the WHO triggers a number of things.

The first is that it signals a commitment to provide international resources for the response.

The second is that it enables other provisions of the International Health Regulations. These originated from the International Sanitary Regulations of the mid-1900s, which were used to control cholera epidemics. At this time, there was increasing awareness of the social and economic affects of epidemic diseases across borders, as well as concern about undue interference with trade.

In 1969 the regulations were renamed the “International Health Regulations” by the World Health Organisation. They were then modified in 1973 and 1981. But even then they provided a framework for only three diseases — cholera, yellow fever, and plague. The principles behind them were “maximum security against the international spread of diseases with a minimum interference with world traffic“.

In 1995, formal revision commenced to expand the scope of the regulations with six proposed categories of reportable syndromes:

In addition, five factors were proposed to determine if a cluster of syndromes was urgent and of international importance. These were rapid transmission in the community, unexpectedly high case fatality ratio, a newly recognised syndrome, high political and media profile, and trade or travel restrictions.

The last revision to the regulations was done in 2005 following the SARS epidemic of 2003.

The five substantive changes from the prior version were:

The regulations set down how an emergency will be managed. This includes setting up a roster of experts appointed by the Director General of WHO in all relevant fields of expertise. Then an emergency committee is drawn from this roster for advice. The committee has to decide on a range of issues to do with managing the epidemic. This includes whether an event constitutes a global emergency and when it should be ended.

But the regulations can only go so far. Many countries cannot comply with them due to lack of resources. And their contribution to controlling the 2014 Ebola outbreak is unclear, as it was invoked late in the epidemic.

In the case of Zika virus, case fatality was low. But the decision to declare a global emergency was because there was so much that wasn’t known about birth defects and neurological illness caused by the virus.

More than a health issue

Many of the problems of global emergencies are not specific health problems, but relate to civil society, community engagement, law and order and border control. In the 2014 Ebola epidemic, for example, a health promotion team was massacred in Guinea because local people were fearful of outsiders coming to their village.

Similar issues have arisen in the DRC, including burning down of treatment centres in Katwa and Butembo.

This highlights the importance of grassroots community empowerment and mobilisation, engagement of local leaders, cultural sensitivity and risk communication in epidemic response.

The environment of violence, conflict, and lack of trust surrounding the current epidemic would no doubt have been part of the deliberations of the WHO expert committee. The decision to declare a public health emergency of international concern in July 2019 when there were around 2000 cases was prudent given the lessons learned after delaying the declaration of the 2014 epidemic.