Women and Unity in South Africa 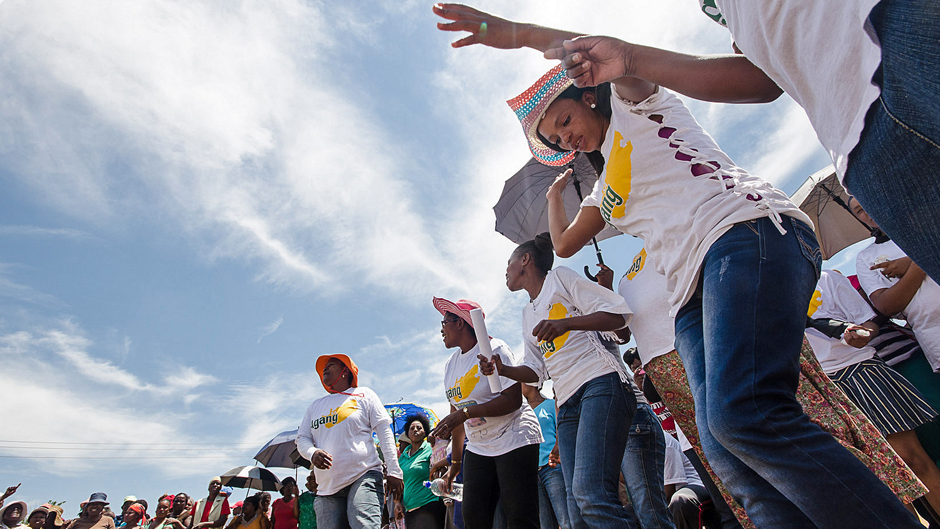 With the 9th of August being the country’s National Women’s Day, South Africa celebrates the entire month. Coincidentally, in August 2015, we were in the midst of a data collection process for the UNU-GCM research project on Female Agency, Mobility and Socio-Cultural Change. As part of the project, this research explored the South African context as perceived by African women with migration experience in order to examine the experiences of women involved in South-South migration. Data was collected by interviewing foreign African women living in South Africa. Listening to the women share their experiences and stories about living in South Africa had me contemplating and questioning my own understanding of this historic day.

Historically, the date commemorates a day in 1956 when 20,000 women marched under the banner of the Federation of South African Women (FEDSAW) to the union buildings in Pretoria as part of a campaign protesting a law requiring black women to carry passes. This day represented the coming together of women from all walks of life to stand in solidarity with black women.

There was a unity at the time that seems to be lacking among women today. This unity was described by prominent South African social justice figure Brigalia Ntombemhlope Bam as an alliance that was “sustained by our common values, which bound us together and gave us the basis for our spirituality, which motivated and inspired us. We also took care of ourselves. Women are always the caregivers, and at times, they neglect themselves. What also kept us together was networking with one another, and the knowledge that in this journey, you can’t be alone. The deprivation and the repression brought us closer”.

Though these women no doubt shared the experience of oppression due to their gender, the objectives of FEDSAW were “to bring the women of South Africa together to secure full equality of opportunity for all women, regardless of race, colour or creed; to remove social, legal and economic disabilities and to work for the protection of the women and children”, suggesting a stronger impetus for unity than simply being women.

Highlighting the experiences of foreign African women in South Africa in relation to South Africans challenges assumptions and beliefs centred on the notion of unity based on gender, racial, religious or continental categories. Many of the foreign African women who were interviewed expressed dismay at being discriminated against in South Africa as this was the last place they expected to experience this kind of treatment. As one respondent said, “We are both black, we are African and yet they attack us”.

A South African woman who is married to an Ethiopian man expressed a similar sentiment when questioned about xenophobic attacks in the country (since 2008, an estimated 300 foreign nationals have been killed and thousands displaced in several waves of anti-foreigner violence). She condemned the attackers, saying: “My husband is not going anywhere, we have a family here and he can’t leave his family… He is not going back to Ethiopia just because there are selfish people who attack people of their own skin colour.”

Although the dismay and anger is expressed by both foreign Africans and South Africans, it should be noted that for foreign African nationals, it goes deeper than a racial or continental identity. It includes expectations that arose because of what some countries in the continent did in support of South Africa during the anti-apartheid struggle. As philosopher/political scientist Achille Mbembe argues, “Should we start quantifying what was sacrificed by Angola, Mozambique, Zimbabwe, Namibia, Tanzania, Zambia and others during the liberation struggle? How much money did the Liberation Committee of the Organization of African Unity (OUA) provide to the liberation movements? How many dollars did the Nigerian state pay for South Africa’s struggle?” So, the lack of support demonstrated by South Africans towards their African counterparts in South Africa is seen as betrayal of the support these countries showed to black South Africans during the struggle.

Notwithstanding, for foreign African women, the betrayal is further compounded by the fact that some of the abuse and discriminatory practices they have experienced in South Africa has come from other women. One story shared by an African woman we interviewed who is employed as a nurse highlights the appalling way in which gender as a basis for unity is not assured in South Africa. She recalled an incident that took place when she was a student nurse and a Congolese woman in labour was brought in. As part of their protocol, nurses always have to check what belongings the patients have with them and record this in order to ensure transparency and to avoid false allegations by patients of missing valuables. One staff nurse, while checking the pockets of a patient, found 3000 South African rand and was quick to make the claim that the Congolese woman could not have that much money of her own and, therefore, she must be a thief. For the respondent, this incident was shocking because of the unprofessional way in which the staff nurse had treated the patient. She lamented: “I could not believe that this abuse was being perpetrated by a fellow woman to another woman who was in labour”.

This type of behaviour goes against everything that the women in the anti-apartheid struggle did for each other. Today’s society might be different from society at that time, but as Bam said, back then, “we knew everybody, we cared for people. Nobody talked about ubuntu as a concept — it was a way of life. And it was ubuntu that sustained us”.

The prevalence of the type of abuse that the nurse respondent shared in her interview shows that ubuntu is not being practiced in South Africa and this is not only affecting foreign African women but also local women. There are a number of prominent examples in which South African women have chosen to victimise and degrade another woman in order to support a man, as was demonstrated in the Jacob Zuma rape trial when large crowds of his supporters, mainly women, would come out to the trial to sing, hurl abuse and burn pictures of the victim.

This victimisation of local women is also demonstrated by the emergence of the United Nigerian Wives in South Africa (UNWISA) club. UNWISA is organised by a group of South African women who are married to Nigerians as a necessary support system because they felt shunned by family and friends for falling in love with Africans from outside of South Africa. The lack of support shown to local women married to foreign nationals by women in South Africa has forced these women to find unity with each other.

According to media reports, the wives’ club is looking to widen its reach to South African women married to other foreign nationals after last spring’s anti-immigrant attacks highlighted how many other women are going through similar experiences.

These moments of exclusion experienced by South African women married to foreign nationals, albeit difficult, highlight the different ways in which unity can emerge and the need for openness towards such forms of coherence. Further, the experiences shared by foreign African women demonstrate the need to recognise that unity requires working with and going beyond the shared categories of race, gender and continent to find those common concerns that can bind and sustain women together.

Women and Unity in South Africa by Gavaza Maluleke is licensed under a Creative Commons Attribution-NonCommercial-ShareAlike 4.0 International License.

Gavaza Maluleke is a research consultant at the United Nations University Institute of Globalization, Culture and Mobility (UNU-GCM) working on the topic of South-South migration/mobility with a specific focus on African women’s migration to South Africa.