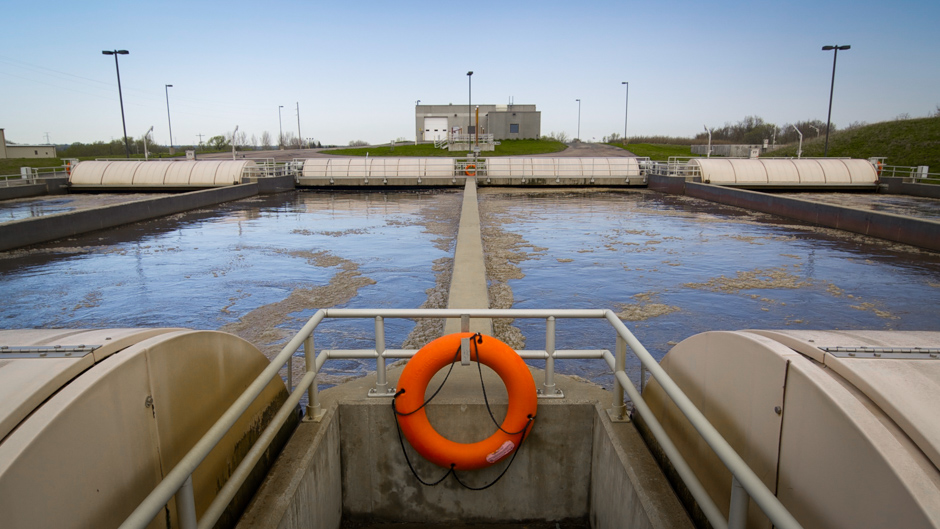 Vast amounts of valuable energy, agricultural nutrients, and water could be recovered from the world’s fast-growing volume of municipal wastewater, according to a new UNU co-authored study.

Looked at another way, the volume of wastewater roughly equals the annual discharge from the Ganges River in India. By the mid-2030s, it will roughly equal the annual volume flowing through the St. Lawrence River, which drains North America’s five Great Lakes.

Theoretically, the recovery of these nutrients could offset 13.4% of global agricultural demand for them.

The energy embedded in wastewater, meanwhile, could provide electricity to 158 million households — roughly the number of households in the US and Mexico combined.

Beyond the economic gains, environmental benefits of recovering these nutrients include minimising eutrophication — the phenomenon of excess nutrients causing dense plant growth and aquatic animal deaths due to lack of oxygen.

In the new study, funded by the Government of Canada, the United Nations University Institute for Water, Environment and Health (UNU-INWEH) provides these estimates and projections based on a new analysis of the world’s total annual wastewater production.

In many countries, official data on wastewater is often scattered, poorly monitored and reported, or simply unavailable. Nonetheless, the UNU co-authored study offers important approximations of global and regional wastewater volumes and insights into their potential benefits.

The study found that Asia is the largest wastewater producing region by volume — an estimated 159 billion cubic metres, representing 42% of urban wastewater generated globally, with that proportion expected to rise to 44% by 2030.

The difference is explained by per capita generation: Europe’s 124 cubic metres versus North America’s 231 cubic metres.

Achieving a high rate of return on wastewater resource recovery will require overcoming a range of constraints. But success would significantly advance progress on the Sustainable Development Goals and other efforts, including adaptation to climate change, and achieving ‘net-zero’ energy processes, and a green, circular economy.

As the demands for freshwater grow and scarce water resources are increasingly stressed, ignoring the opportunity for greater use of safely-managed wastewater is an unthinkable waste.

It is important to note that many innovative technologies are available today and are being refined to narrow the gap between current and potential resource recovery levels. In the case of phosphorous, for example, recovery rates of up to 90% are already possible.

Progress also depends on leveraging private capital by creating a supportive regulatory and financial environment, particularly in low- and middle-income countries where most municipal wastewater still goes into the environment untreated.

Municipal wastewater was and often still is simply deemed to be filth. However, attitudes are changing with the growing recognition of the enormous potential economic returns and other environmental benefits its proper management represents.

As the demands for freshwater grow and scarce water resources are increasingly stressed, ignoring the opportunity for greater use of safely-managed wastewater is an unthinkable waste.

We hope this study helps inspire the development of national action plans leading to wastewater collection and resource recovery and reuse.

When safely managed, wastewater is key to achieving the Sustainable Development Goals (SDGs), particularly SDG target 6.3, which calls on the world to halve the proportion of untreated wastewater, and to substantially increase its recycling and safe reuse globally by 2030.

Water Research and Education Need to Flow Towards Developing World

Removing Arsenic from Groundwater: We Have the Tools, Let’s Use Them