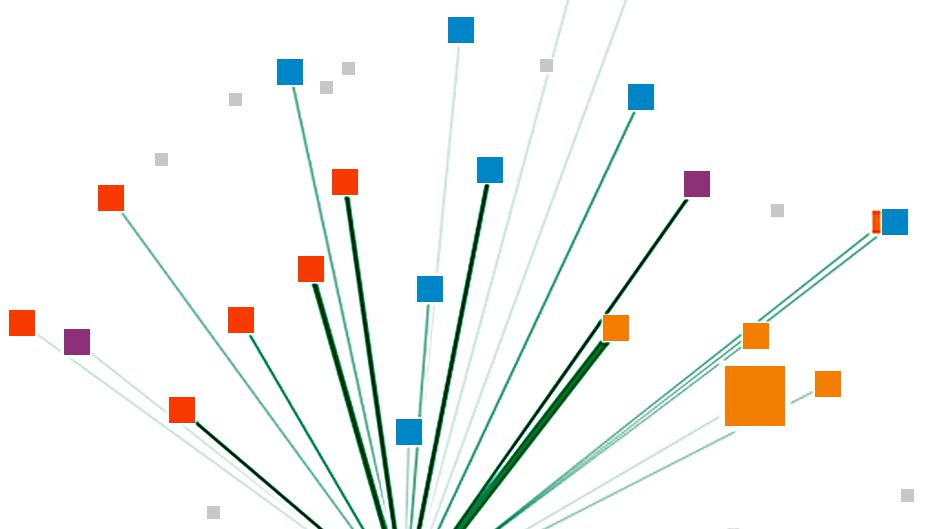 The World Economic Forum has released its eighth annual Global Risks Report, which lists top global threats identified by a survey of over 1,000 experts. As in last year’s report, 2013’s risks were topped by economic and financial concerns, particularly the risk of major systemic economic failure.

So far, so predictable. But high in the rankings of nail-biting concerns were also risks related to climate change, both rising greenhouse gas emissions and the failure of governments and businesses to mitigate or adapt to these changes.

At the report’s launch, John Drzik, the CEO of the risk and insurance services group Oliver Wyman, said, “We see two big risks coming together, one is an environmental storm and the other is an economic storm, and we see them on a collision course.”

He pointed out that governments like the US have been acting as insurers of last resort, bearing an increasing burden of providing relief in the aftermath of natural disasters.

[quote quote=”We see two big risks coming together, one is an environmental storm and the other is an economic storm, and we see them on a collision course.” author=”John Drzik, CEO of risk management consultancy Oliver Wyman” type=”text” ]

“It’s creating rising expectations in the public for government to step in and provide relief after disasters,” he said, “but this is where it hits the economic storm because the government now has less ability to respond.”

Drzik told IRIN that this applies not just to domestic relief operations but also to international emergency aid. “It adds to the risk for developing countries that the capacity to support disaster relief to developing countries for catastrophes they face is weakened now… because of the fiscal position of advanced countries.”

View from the top

The survey sample is a particular one, comprised of members of the “World Economic Forum’s communities”, including senior figures in government, business, international organizations and academia.

Tom Mitchell, who works on climate change and risk and resilience issues at the Overseas Development Institute (ODI) in London, is doubtful about how useful the Forum’s surveys are to development practitioners, but he likes the report’s emphasis on the linkages between risks.

“One of the important things they are saying is that risks are highly interconnected. That’s a really important point to think about,” he told IRIN. “The impact, for instance, of droughts or floods on food-producing areas — that has a strong feed-through to supermarket prices and to what Africans pay for food. And that, in turn, is linked to the use of land for biofuels and, through that, to a high oil price. The catalytic nature of risk and how one feeds through one into the other comes out very strongly.”

[quote quote=”Agriculture is starting to struggle with climate variability, especially rainfall variability, and we need to get policy makers, agriculturalists and extension workers thinking about the effects.” author=”Dom Hunt, Concern Worldwide” type=”text” ]

Dom Hunt, disaster risk reduction adviser at Concern Worldwide, says parts of the study may be useful to humanitarian workers. “You need to cherry-pick the bits which are important to you. Cyber risks are not a big deal for the people we work with, who are the extreme poor,” he told IRIN. “But agriculture is starting to struggle with climate variability, especially rainfall variability, and we need to get policy makers, agriculturalists and extension workers thinking about the effects,” he continued.

“Asian countries are leading the world in thinking about risk, because their economies are growing very fast, and they have reached a stage of development where the risk of GDP being lost is very high, but the safeguards which we see elsewhere are not yet in place.”

“Disaster risk and global risk trends are not just humanitarian issues. The underlying causes of crises and humanitarian disasters are a development issue, and we believe these should be addressed using development funding. Reports like these are another arrow in our quiver.”

For example, it highlights “digital wildfires” — the risk of rumours or other damaging information, true or not, spreading uncontrollably on the internet. The report cites as an example an anti-Islamic video made in the US that sparked riots across the Middle East in which dozens of people died.

It also spotlights increasing antibiotic resistance and the dearth of efforts to develop new antibiotics to replace those that have become ineffective. The report attributes the latter to a market failure; drug companies have little incentive to create drugs that will be taken infrequently, in short courses, and to which diseases may quickly grow resistant. Instead, companies are heavily incentivized to develop drugs for chronic conditions, which are taken over long periods and are unlikely to lose their effectiveness.

But the Forum does not offer solutions. Rather, it presents these issues as talking points, both for its annual meeting in Davos at the end of January and for wider debate.

Alan Johnson, who works on infections and antimicrobial resistance at UK’s Health Protection Agency, suggests a market solution to promote the development of new drugs. “People are talking about how antibiotics are undervalued, and maybe that value needs to be appreciated,” he told IRIN.

“We may have to accept that these are necessary drugs, and they will have to be more expensive to make it worthwhile for the companies to invest. But we need a dialogue with the pharmaceutical companies, and international cooperation, with governments having a joint approach for a new pricing structure. Individual countries working on their own are a non-starter.”

Who is managing risks?

Though these risks are global, they are typically handled at a national level. The World Economic Forum says it works with governments to develop mechanisms for managing risk, and its report offers a table ranking states by their perceived risk management effectiveness, with Singapore at the top of the list and Venezuela at the bottom.

[quote quote=”The Forum says it works with governments to develop mechanisms for managing risk, and its report ranks states by their perceived risk management effectiveness.” type=”text” ]

ODI’s Mitchell said, “Risks are quite context-specific, which makes it difficult to think about a global register of risk. Some risks are not applicable for some countries and communities, especially if they are not linked into global financial flows. Every country can compile its own risk register and act accordingly.”

Unfortunately, not many developing countries are doing so, he says. “And those which do tend to base their notion of risk on what has happened in the past rather than using models to look at what might happen in [the] future.

“But it is improving, especially where countries are concerned about the future of their megacities. Asian countries are leading the world in thinking about risk, because their economies are growing very fast, and they have reached a stage of development where the risk of GDP being lost is very high, but the safeguards which we see elsewhere are not yet in place.”